On April 26, more than 500 people across the metro area representing a diverse array of cultural demographics, socio-economic backgrounds, occupations and personal beliefs and interests came out to participate in “One Day in Denver.”

The project is a collective effort to gather and archive the stories that shape the present and future of the city.

The participants’ efforts have now been brought together in a geotagging video map, live on the “One Day in Denver” website.

"One Day in Denver" is part of “Your day. Your city. Your future," a nationwide cinematography project organized by the global grassroots initiative One Day on Earth. The film seeks to investigate the future of metropolitan areas in the United States.

Denver is one of eleven cities featured in this collaborative documentary. Other cities include Atlanta, Boston, Manhattan, Los Angeles, San Francisco and Minneapolis/St. Paul.

“One Day in Denver” event producer Kristin Nolan spoke with Colorado Public Radio in April in anticipation of the participatory event. Nolan explained why Denver was chosen as one of the highlighted cities as well as how the footage would be collected and used. 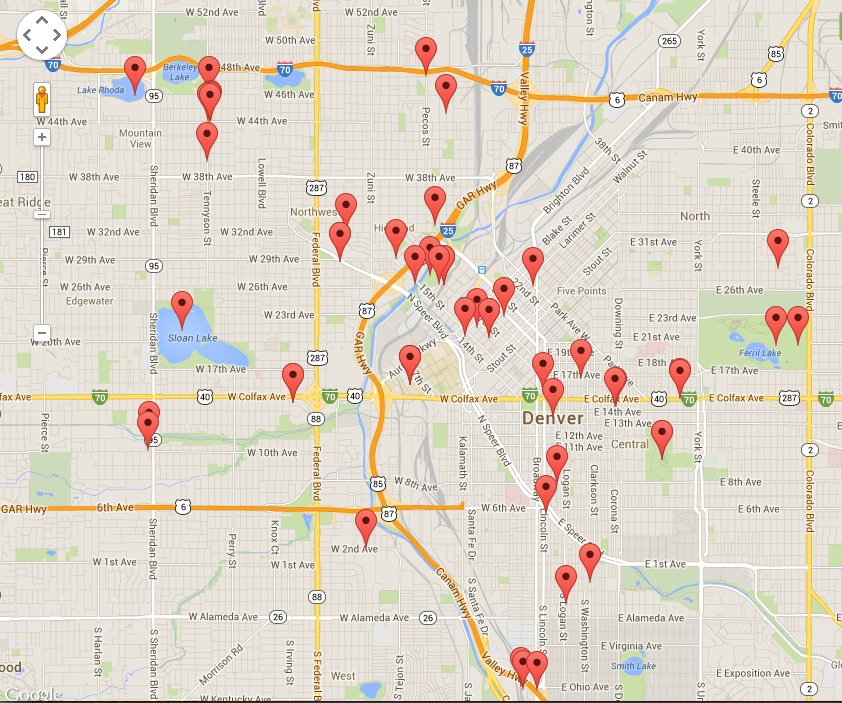 (Photo: Courtesy of Kristin Nolan)Now that the day of media gathering has concluded, Nolan says she is thrilled with the level of participation and the quality of the contributions, as well as the resulting interactive map.

To help participants create their narratives, Nolan and her team asked participants to examine 10 questions about the future Denver. Nolan says a wide array of interests and topics materialized from this framework, such as the process of legalizing marijuana and residents’ fanatic allegiance to local professional sports teams.

She says she anticipated some of the issues, but that others surprised her and gave her new perspective on Denver.

Despite the diversity of the input, a few common themes emerge through the collected stories.

One theme that stood out for Nolan is to do with the recent influx of people moving to the city, a reality that has residents wondering how Denver will adjust for this population expansion.

Another theme that really struck Nolan is the immense pride contributors expressed in being a part of an engaged city.

“The thing I love the most, that I keep hearing over and over again, is the collaborative nature of Denver,” Nolan says.

The interactive map is live. But the project is far from over.

“Nothing is final yet,” Nolan says. “People are continuing to upload both raw pieces and edited footage. Every day is like Christmas because I wake up to find new stories.”

People can contribute to “One Day in Denver” through May 26.

Even beyond May 26, Nolan explains that this is all a part of an ongoing effort to get people to examine both the pros and cons of Denver, and to actively participate in the city’s evolution.

To contribute or for more information, visit OneDayinDenver.org. Some footage will also be used in a three-part documentary that re-examines America’s urban landscapes. The series, which has yet to be given an official title, will air on local PBS affiliates later this year.