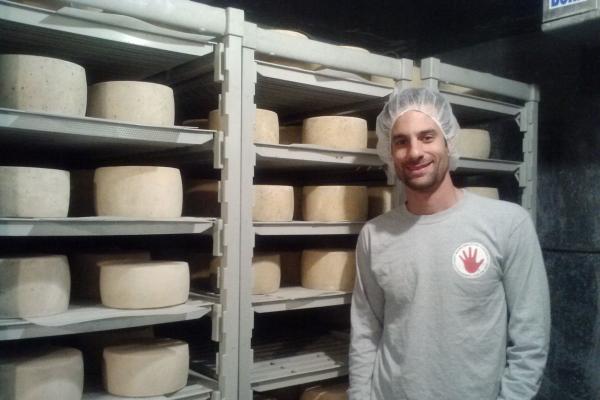 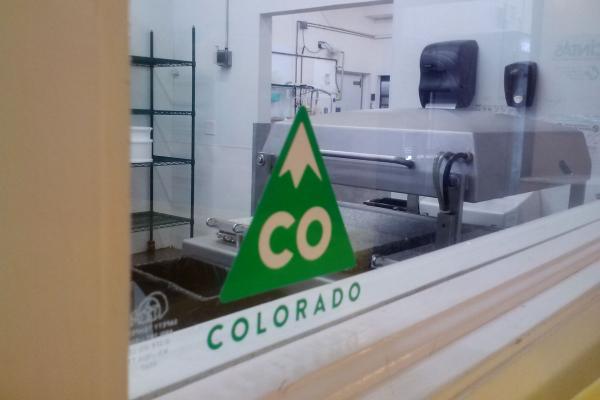 More and more companies are starting to use the new Colorado logo and slogan - “it’s our nature” - to promote their products, helping the state's efforts to strengthen its brand and global competitiveness. The branding effort though has been somewhat controversial and it will take some time to determine its success.

Haystack Mountain Goat Dairy in Longmont is one of about 700 companies that have signed up to use Colorado’s new logo since it was approved in 2013. It’s a green and white triangle, modeled after the state license plate, and a mountain image. Haystack has the logo posted on the window of its cheese room.

“Prior to adding the logo there was nothing that shouted out Colorado,” said John Scaggs, director of sales and marketing at Haystack. “We’re in a fiercely competitive market, so for us to be able to kind of punch through some of that noise in the market and punch through some of the existing competitors who have been there a long time, it helps us distinguish ourselves.”

The small company has been making handmade cheese in Boulder County for 25 years. Scaggs said they’ve already started putting the logo on product flyers to distribute at national trade shows. Another perk is being associated with other companies in the state Scaggs believes are doing new and progressive things.

“But what it’s not known for is being a great place to start a company, or to move here for a world-class career,” said Kennedy. “Part of what we want to convey is the other half. We’re top five in the nation in aerospace, natural foods, energy, quick casual restaurant firms.”

You may recognize some of the restaurants that began in Colorado: Quiznos, Chipotle, Smash Burger, and the restaurant Kennedy founded, Noodles and Company.

“You start to realize Colorado has more than just a vacation land. We’re trying to attract the dynamic go-getters around the world to come to Colorado and help stimulate the economy,” said Kennedy.

The logo though has had its critics.

“I’m not the biggest fan of the little green triangle and I thought we were OK with what we had to begin with,” said Representative Jonathan Singer (D-Longmont).

Singer said he still gets constituent calls criticizing it.

“People have been coming to Colorado for years, for the right reasons. In some ways the state markets itself,” he said.

The Colorado Tourism Office has declined to use the logo, saying their current "Come to Life" marketing campaign is such a huge success they want to stay the course. There was even a short- lived effort during the 2014 legislative session to send the brand question to voters. Speaker of the House Mark Ferrandino (D-Denver) was one of the skeptics at the statehouse.

“I definitely… when I first saw the logo and the brand was like, ‘this is what we came up with?’” said Ferrandino.

While the logo wasn’t his first choice, Ferrandino trusts all the work that went into creating it.

In surveys conducted nationwide, the Colorado flag was mistaken for the flag of Chicago.

For his part, Chief Marketing Officer Aaron Kennedy is taking the criticism in stride, saying any new change takes time for people to adapt to.

John Scaggs with Haystack Mountain Goat Dairy believes more companies signing up to use the logo will only help his business.

“For us to be part of that rising tide is great. We’re forming a nice little marketing entourage on behalf of Colorado,” he said.

Developing and implementing the logo initiative will cost the state about a half a million dollars. It will also be used to create uniform symbols for all state agencies and divisions. Companies will have to apply to participate – but no adult entertainment will be allowed. The product must also be legal across the nation, which rules out businesses in the marijuana industry.