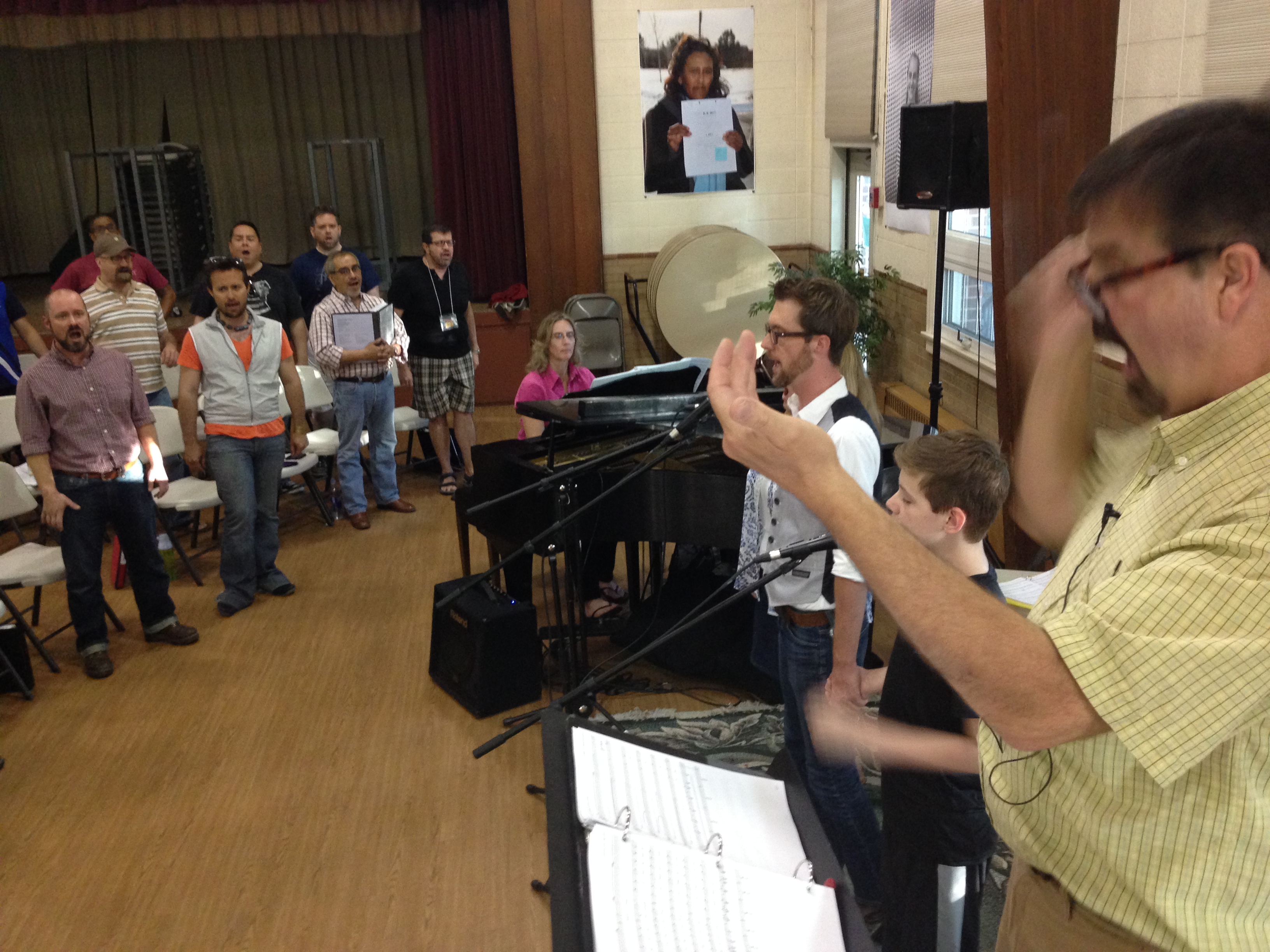 (Photo: CPR/Corey Jones)From movies to postage stamps, the legacy of Harvey Milk continues to be honored in various ways.

This month, the Denver Gay Men’s Chorus will perform the Colorado premiere of an oratorio based on Milk, one of the first openly gay elected officials in the United States. The gay rights activist was shot on November 27, 1978, just over a year after he was elected to the San Francisco Board of Supervisors.

The Denver Gay Men’s Chorus co-commissioned the piece, which was written by Broadway composer Andrew Lippa.

The group will perform “I Am Harvey Milk” on Sunday, June 8, at Colorado State University’s Griffin Concert Hall in Fort Collins and again on Thursday, June 12, at the University of Denver’s Gates Concert Hall.

“The character of Harvey and his message are really important to us: to carry on, to come out and be yourself, to live in authenticity and honesty,” Denver Gay Men's Chorus artistic director James Knapp says.

Founded in 1982, the Chorus now includes around 90 members and is one of nearly 200 groups worldwide that belong to the Gay and Lesbian Association of Choruses (GALA).

Knapp says that Milk was partly responsible for helping start the gay choral movement when, after his assassination, a group of gay choristers sang on the steps of City Hall in San Francisco during a candlelit vigil.

That group established itself as the San Francisco Gay Men's Chorus in 1978 and later toured the country inspiring other groups to form and sing, Knapp says.

After co-commissioning the piece along with six other groups including the Denver Gay Men's Chorus, the San Francisco Gay Men’s Chorus premiered “I Am Harvey Milk” in June of 2013.

Knapp says he hopes the upcoming performances will help to re-energize the GLBT community in Colorado.

“There are areas in Colorado where this message and the power of music can change people’s perceptions," Knapp says. "It’s still relevant.”

Here are lyrics to the song "San Francisco" by Andrew Lippa.