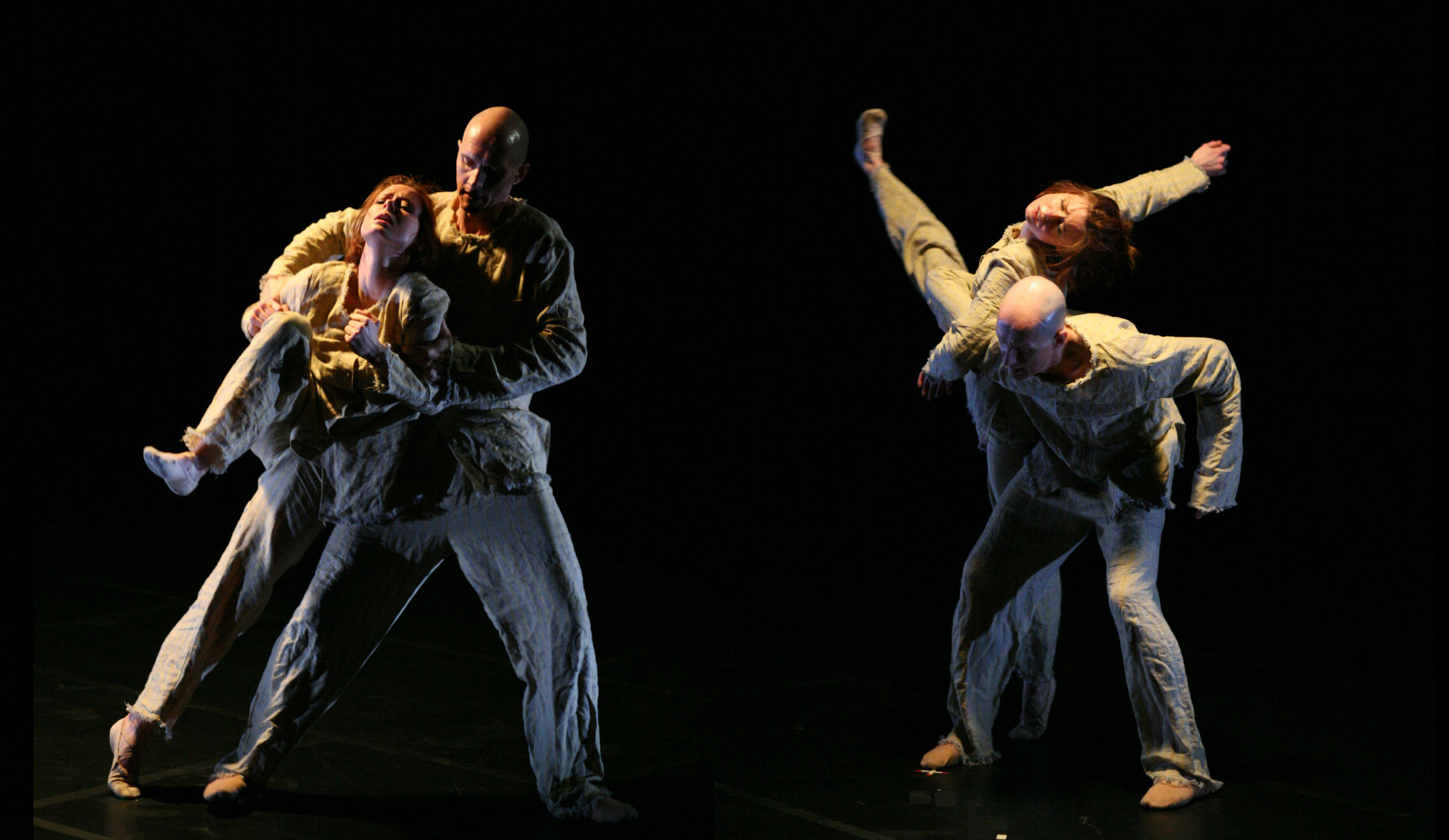 Despite growing up in a region of the world greatly impacted by World War II, Sher-Maccherndl says he never learned about the Holocaust as a child.

This gap in his education has led the choreographer on a path to better understand the calamities and suffering that occurred during this period of history.

Sher-Maccherndl decided to do this through dance. His ballet “Leopoldstadt 22,” which was originally created in 2007, is a response to his enduring obsession with the war era.

Now, Sher-Maccherndl revisits “Leopoldstadt 22,” this time presenting it in a space reflective of the Jewish heritage it highlights -- the Mizel Museum in Denver.

Set to popular music, including the song “Wake up Dead Man” by U2, the work for two dancers is under 15 minutes in length and features Sher-Maccherndl as one of the performers along with Lemon Sponge Cake company member Hanna Atencio.

According to Mizel Museum curator Georgina Kolber, the museum often uses art to talk about topics like the Holocaust. But this is the first time that the institution has curated dance.

In anticipation of “Leopoldstadt 22” opening at the Mizel Museum on June 11, Sher-Maccherndl talked to Colorado Public Radio about creating the ballet and his personal ties to the subject matter.

CPR: You describe “Leopoldstadt 22” as a “commentary on human suffering as related to the Holocaust.” Can you elaborate more on some of the themes that are expressed through the ballet?

Robert Sher-Maccherndl: Growing up in the second district of Vienna, which was the Jewish district, the Holocaust was never spoken about. As a child, I never really understood what it actually was. I became more aware of the history as I got older and it interested me enormously. Because of this, I wanted to create a short dance, a commentary, on the Holocaust. Because it’s such an enormous and unthinkable thing, I’m not trying to retell the story or the history through my dance, but rather spark conversation and make people think about it. I don’t want to take all of the events from the Holocaust into my hands and say too much, which is why the piece is only about 14 minutes. When people watch this short piece, something should come up for them emotionally -- that’s the point.

CPR: How did you translate these themes into movement?

Robert Sher-Maccherndl: It’s like when a poet writes a poem, and people ask, “How do you put it in words?” Or a painter uses paints, brushes and a canvas to express himself. I just speak through movement. That’s a thing I know how to do, working with my body and using my sensibility with things. I’ve been doing it for many years, so it feels natural and comfortable to explore this topic with my body. Movement is always changing and choreography is constantly evolving, so the ballet is very different from when I first created it in 2007.

CPR: How closely did you work with the Mizel Museum for this production?

Robert Sher-Maccherndl: We had a few meetings in the beginning to get to know each other. In April, my wife, Jenifer -- who is also Jewish -- and I went to Vienna and visited the second district. After this trip, we met with the museum again to talk more specifically about the area I came from. Going back to Vienna made it all much stronger and heightened my interest. Ultimately, we worked quite close with the museum and the people there were very open to my thoughts about the ballet.

CPR: Can you talk more about your personal connection to this piece? Did your experiences growing up in Leopoldstadt come into play when creating this ballet?

Robert Sher-Maccherndl: Obviously it’s very personal because I grew up there. Vienna has 23 districts in total. Growing up in Vienna’s second district, during the 60s, everything was still very gray and many buildings had not been rebuilt yet, so you could see the presence of its history there. But, there was nothing that referred directly to the Jewish heritage of the area. When I grew up there, it just wasn’t spoken about. I didn’t even know that a few blocks away there had been this huge Jewish market. There are no plaques or signs to say here was this and here was this, pointing to how the district was before and during the Holocaust. I became interested in the World War II era and what happened at the concentration camps and the six million Jews who were killed. I remember seeing black and white pictures from concentration camps at the Jewish museums. These memories and experiences greatly shaped the ballet and motivated me to create the work. People should never forget the Holocaust. I hope it continues to be taught in schools and education systems. It’s a very important thing.

CPR: What does the “22” in the title of the ballet represent?

Robert Sher-Maccherndl: The first “2” refers to the second district I grew up in. I put the second “2” there simply because I wanted to. There’s no specific symbolism behind it. With the ballet, I didn’t want to make anything too elaborate because the Holocaust is so big and unspeakable.

“Leopoldstadt 22” runs June 11 and 12 at the Mizel Museum in Denver. The performances start at 7 p.m. and will be followed by discussions about Leopoldstadt and the effects the Holocaust had on the region. Robert Sher-Maccherndl and his wife, Jenifer Sher-Maccherndl, will speak during the discussions and the panel will be moderated by Jan Nadav, director of education and interpretation at the Mizel Museum. For more information, visit MizelMuseum.org.