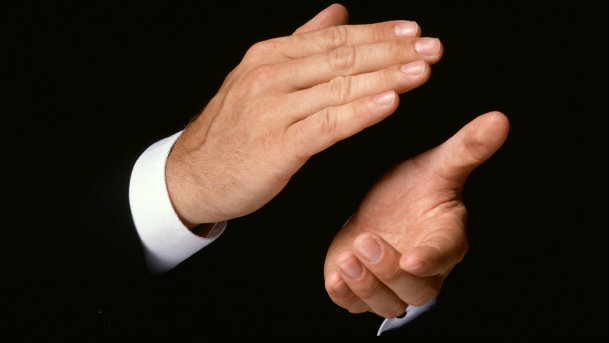 I saw the following scenario happen way too many times at the Kennedy Center when I lived in Washington, D.C.

Somebody dared to clap between movements of a symphony or a concerto. Instant result: disapproving frowns and eyes like daggers to seek out the offenders.

If looks could kill, there'd have been a line of body bags carried out the concert hall doors.

Mozart would've loved hearing the applause. So would Brahms. And Beethoven and Grieg and a lot of other composers.

In their day, audiences spontaneously clapped when they heard something they really liked -- even if it meant breaking into the music before its conclusion.

It happened numerous times at the premiere of Grieg's Piano Concerto.  And the enraptured audience at the premiere of Mozart's "Paris" Symphony were similarly appreciative. Some composers actually composed their music to incite audience response in the midst of a piece.

If audiences didn't applaud during the performance, composers would get worried. Brahms figured his first piano concerto was a total flop because there was so little audience response. Except for the hissing, that is.

To this day, opera audiences routinely break into applause after a big solo. It's accepted practice, and nobody gets cut down with withering glances. Sometimes they raise such a ruckus that the aria is encored before the performance can continue. 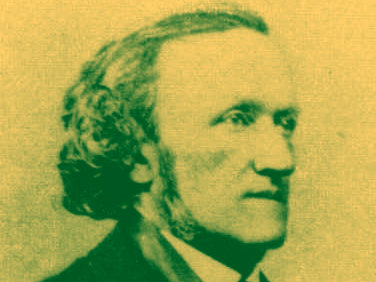 (Photo: Public domain)So what happened in the concert hall? When did applause between movements stop? When did audiences become mere spectators and consumers instead of active participants at orchestra concerts?  Why are concertgoers essentially forced into silence?

Schumann and Mendelssohn tacitly addressed the applause issue by writing certain major works without movement breaks. Call it pre-emptive composing, if you will.  For example, Mendelssohn explicitly asked that his "Scottish" Symphony, which debuted in 1842, be played without a break to avoid "the usual lengthy interruptions."  Schumann took care of the matter in a similar way in his piano and cello concerti as well as his Fourth Symphony.

As a respected critic of the time, Schumann also openly scolded audiences in print for their behavior.  He went on record as chiding them: "You should be turned to stone pagodas."

New Yorker critic Alex Ross points the finger at German composer Richard Wagner for instigating this change in audience behavior. Ross says the ball got rolling in Bayreuth at the premiere of Wagner's opera "Parsifal" in 1882.

According to Wagner's wife, the audience raised such a ruckus after one of the acts that the composer spoke to them directly. He thanked them for their appreciation but mentioned the agreement he'd made with the cast -- "in order not to impinge on the impression, not to take a bow, so that there would be no 'curtain calls.'"

Applauders were apparently hissed in subsequent performances for failing to honor this request.

By around 1900, a segment of the public had embraced the concert hall as a hallowed space. Howard Shanet references a pre-World War I era Encyclopedia Britannica article saying, "The reverential spirit which abolished applause in church has tended to spread to the theatre and the concert-room."

As Ross documents, the movement gathered more steam in this country around the time of the Great Depression, spearheaded by conductor Leopold Stokowski. 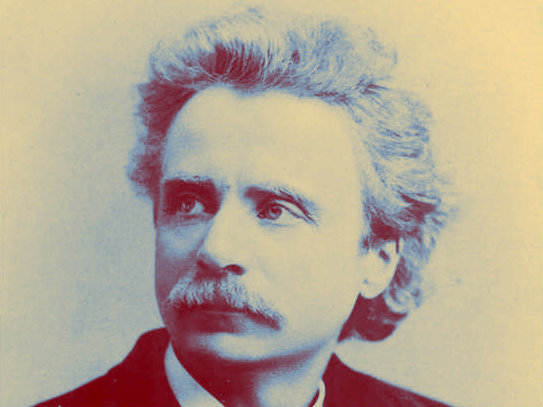 Edvard GriegMusicians and concertgoers alike have long debated the issue of applause between movements.  The most common argument is that it disrupts the flow and continuity of the music.

The debate continues to this day. Chicago Symphony Orchestra bassoonist William Buchman asserted in 2012 that absolute quiet is as important to a work as the notes themselves: "The silence is as profound as some of the music, and when that silence is not allowed its space, you lose a lot of the emotional impact that the silence can otherwise generate."

I'm willing to go out on a limb on this one, even if I get hate mail for years.

I'm afraid I disagree with Mr. Buchman. I really love how Brooklyn Philharmonic CEO Richard Dare says it: "Perhaps it's time to ... simply allow ourselves to react to classical music with our hearts just as we do when we meet other forms of art. Classical music belongs to the audience -- to its listeners, not the critics, to the citizens, not the snobs."

I'm a longtime orchestra player, so I understand and appreciate complaints that it can be disruptive.  I also know making music is about communication.

A composer wants to communicate something very special when he or she writes a piece of music.  And if we musicians interpret it so convincingly that it really moves an audience,  we've done our jobs.  And we've done well for the composer.

And I think that deserves a round of applause -- and if it happens between movements, that’s OK with me.

Everybody has opinions on this issue. What do you think? Respond on CPR Classical's Facebook page.