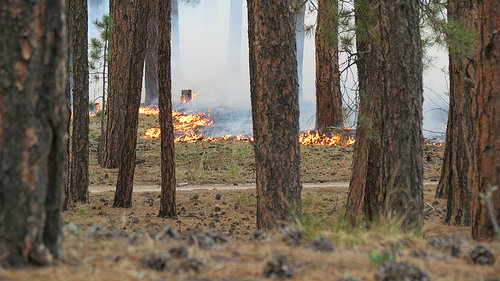 For years, Colorado State Forest Service officials have been urging people to create what’s called "defensible space" around their homes. That’s clearing some brush or trees, anything that could bring a fire closer to a house.

Lisa Mason, outreach forester for the Colorado State Forest Service, says homeowners don’t often take action until right after a fire has hit their area. Mason says there can be a sense of complacency: homeowners don't think a wildfire will reach their neighborhood.

"Part of our job is getting people to think past that, like it could happen to them", Mason says.

She also says it's important for homeowners to realize firefighters are more likely to be able to save a house if there is defensible space around it.