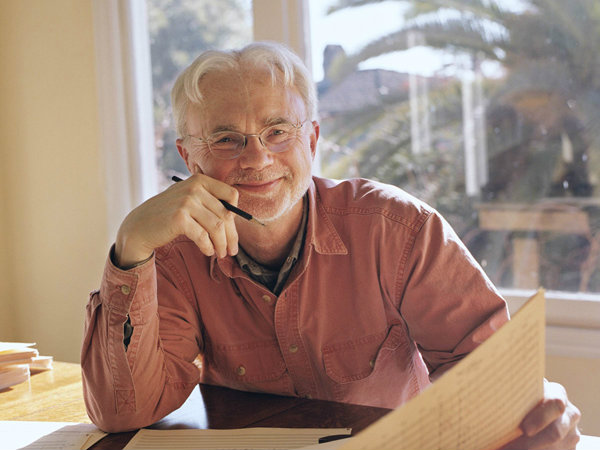 (Photo: Courtesy of Margaretta Mitchell)John Adams’ newly recorded Saxophone Concerto opens with a burst of energy -- something the soloist on the recording, Timothy McAllister, enjoys.

After a quick string crescendo, McAllister enters, playing a very animated line to begin the concerto with David Robertson and the St. Louis Symphony.

“The piece really starts with quite a bang ... as if the movie was starting right in the middle of a chase scene,” McAllister said in a recent interview.

The Saxophone Concerto grew from mutual admiration between composer and soloist.

McAllister has called Adams his favorite composer. Adams says McAllister is a “special musician” and his playing was the “key ingredient” in early performances of the composer’s 2009 piece “City Noir.” (A new recording of that piece is also included on Adams' new disc.)

Adams felt “City Noir” only scratched the surface of McAllister’s capabilities, and set out to write a concerto for the saxophonist.

Although the saxophone is well known in America for its use in jazz, soul and pop music, the most famous classical saxophone music has been limited to solos in larger works -- or almost as a novelty to evoke a mood.

In my (admittedly limited) experience hearing classical saxophone, many of the pieces have been less melodic, and based more on technical virtuosity. And that’s true in this music. But you can also hear a number of jazz elements throughout.

Growing up, Adams says much of the music he heard came from his family’s jazz record collection. His father played sax in a swing band in the 1930s.  So, for Adams, writing for saxophone was a natural fit.

He also drew inspiration from 1950s and ‘60s recordings from jazz masters Charlie Parker, Stan Getz and Julian “Cannonball” Adderley. As a jazz pianist and fan of their music, I found those influences made much of Adams’ writing feel familiar.

Over the past few decades, jazz saxophonist Branford Marsalis has been moving into the classical saxophone repertoire, performing with orchestras while learning the classical style through lessons with Harvey Pittel.

For this new concerto, Adams asked McAllister to move in the opposite direction, from his French classical style to a more “American” jazz-based sound.

Adams says, “Such a change is no small thing for a virtuoso schooled in an entirely different style of playing.  It would be like asking a singer used to singing Bach cantatas to cover a Billie Holiday song.”

Yet McAllister's performance is convincing. If I hadn’t read the liner notes I might have thought he had a stronger background in jazz. 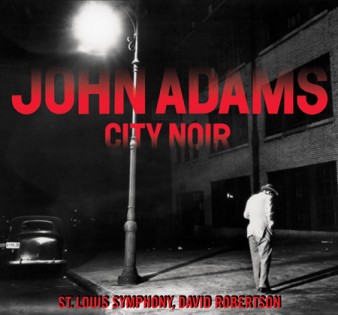 (Photo: Courtesy Nonesuch Records)Also on this disc is a new recording of the piece that was premiered five years ago by Gustavo Dudamel and the Los Angeles Philharmonic, “City Noir,” which Adams calls “a symphony that may also be experienced as the soundtrack to an imagined noir film.”

I’m a big fan of the music on this disc.  But the initial reason I picked it up out of the new releases drawer here at CPR Classical was the cover shots. Famed photographer Weegee’s “Man Under A Streetlight” (1945) immediately sets the mood for listening to this imaginary film music.

Listen for yourself on this Spotify playlist. (You'll need an account, which is free.)