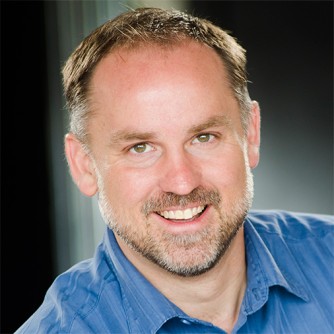 Matt Weesner has been a host with CPR Classical since 2010. Outside of his career in radio, Matt is a pianist and keyboardist with the Denver-based Hazel Miller Band, as well as the “house band” pianist for a nationally broadcast country music television program, “The Joey Canyon Show.”

Professional background:
Matt joined Colorado Public Radio in 2004 and has served as a host for CPR Classical since 2010.Prior to joining the Classical staff, he managed CPR’s Technical Operations Center.Matt has a unique background in radio that includes more than two decades of experience hosting news and music programs.

Before coming to CPR, he was radio program director at South Dakota Public Broadcasting (SDPB), managing the station’s programming and hosting classical, jazz and news programs. While there, he also narrated the Emmy Award-winning television series “Dakota Pathways”, and he continues to host a Saturday night Americana music show, “On Record.”Previously, Matt spent six years working as an announcer at Clear Channel Radio in Sioux City, Iowa, in formats ranging from rock to classic country.He started working in radio while still in high school, hosting weekends at KHBT-FM in Humboldt, Iowa.

Outside of his career in radio, Matt is a pianist and keyboardist with the Denver-based Hazel Miller Band, as well as the “house band” pianist for a nationally broadcast country music television program, “The Joey Canyon Show.”

How I got into classical radio:
Working in radio has been a lifelong dream. Growing up there was a lot of music around our house and public radio was on a lot (we’d listen to WOI out of Ames, Iowa on weekends). I can remember my elementary school music teacher once loaning me an album that included Brahms’ Academic Festival Overture. As I was listening, watching the record spin at 33 & 1/3, I remember thinking how much I’d love to play this music on the radio someday. And, today, I’m thankful for the chance to do exactly that.

Best moment in classical music:
One of many: Back in 2009, CPR held an on-air fundraiser for the Colorado Symphony Orchestra. Cellist Yo-Yo Ma was in town to play Dvorak’s Cello Concerto in b minor with the orchestra and he joined us on the air to ask for support. The producer started to play the Dvorak concerto underneath the break and Mr. Ma quit fund raising to give us a “personal tour” through the piece. Hearing this unplanned moment unfold live on the air was magical.

Favorite composer and piece:
Like most people, it’s hard for me to choose favorites when it comes to music. That said, Beethoven is at the top of my list, especially his late string quartets and piano sonatas. A favorite of mine: “Nimrod”, from Elgar’s Enigma Variations (especially the video of Daniel Barenboim conducting this with the Chicago Symphony Orchestra).