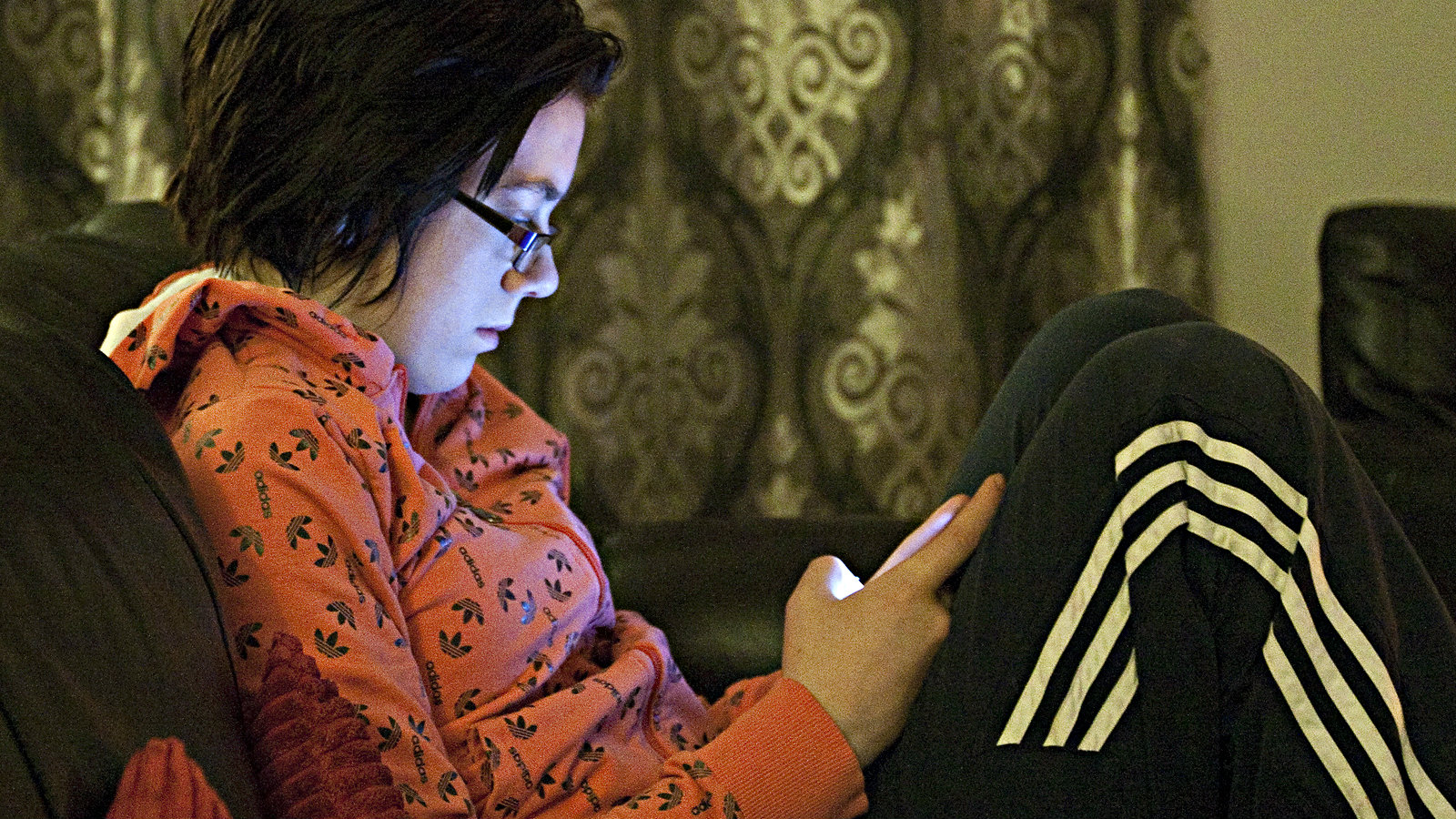 (Photo: Courtesy of Greg Clarke)A group of students at Columbine High in Littleton set out to find out why Colorado teens are, in their words, apathetic to going outside and what can be done about it.

“Even watching old movies, you can see kids playing around outside,” says Bella Connolly, a student at Columbine High.

It wasn’t too long ago that teens lived outside. They'd carry a tattered copy of Guinness Book of World Records, they’d try to set their own records outside. Or they’d re-create their own version of the Olympics outside. Teens would build secret forts or play pick-up games in the pouring rain, or ride ramshackle bikes down dirt hills before mountain biking was even a sport. 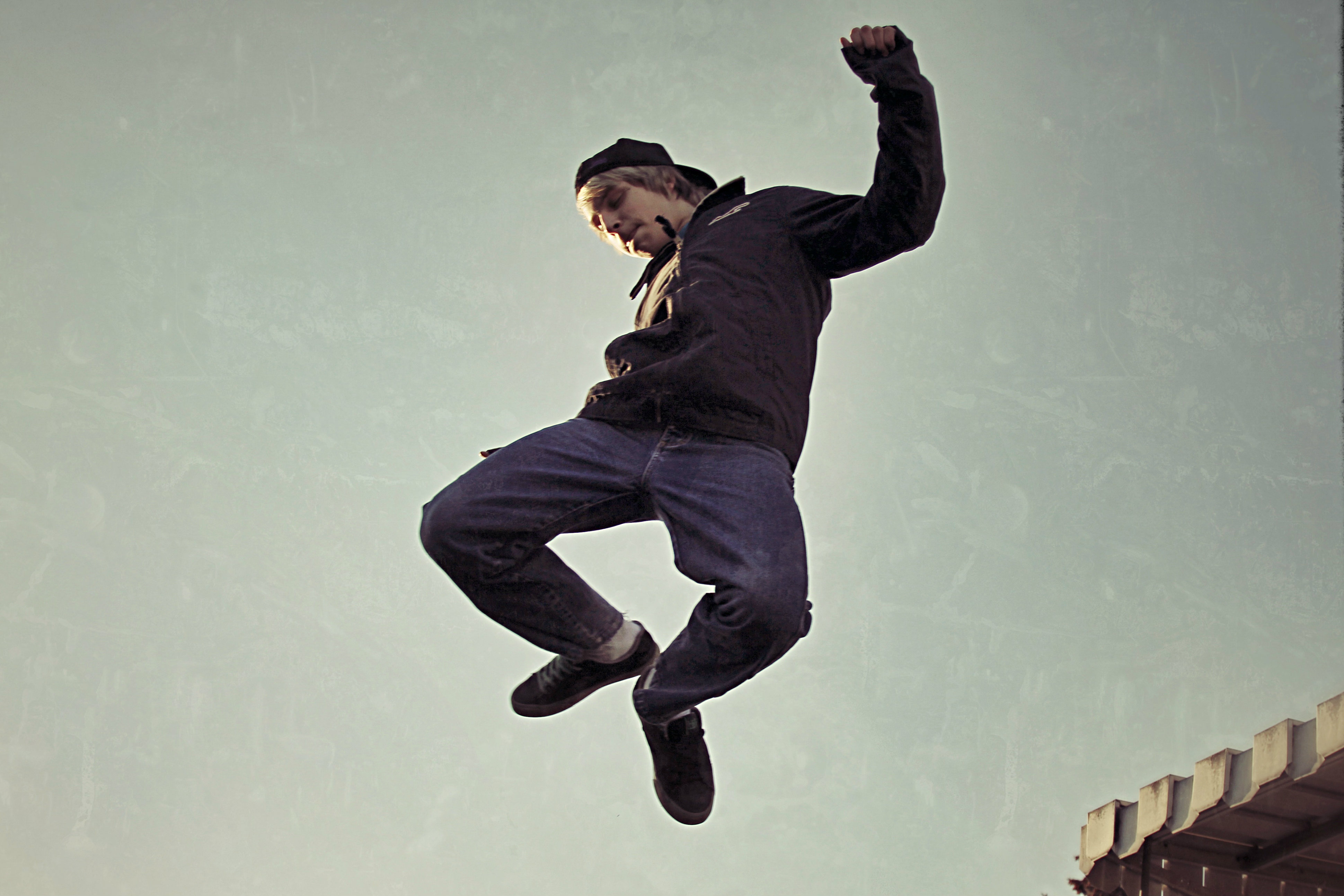 Kids liked to test their physical and mental limits. That built their confidence.  But a couple of decades later, everything has changed, and many kids are not going outside. They’re more glued to their technology from smartphones to video games.

Getting involved in local government

Columbine teachers Jeff Garkow and Zach Martin want to get teens more involved in local government. They want to empower students to make change in their communities by collaborating with the Jefferson County Commission to get teens outside.

The students began by researching the health impacts of not going outside.

According to the Centers for Disease Control, 17 percent of teens are obese.

The students also cited research showing how blood pressure decreases when people are outside and how a more sedentary lifestyle can lead to premature death. Several groups talked about how not going outside also fuels depression, anxiety, weaker bones and weaker immune systems. 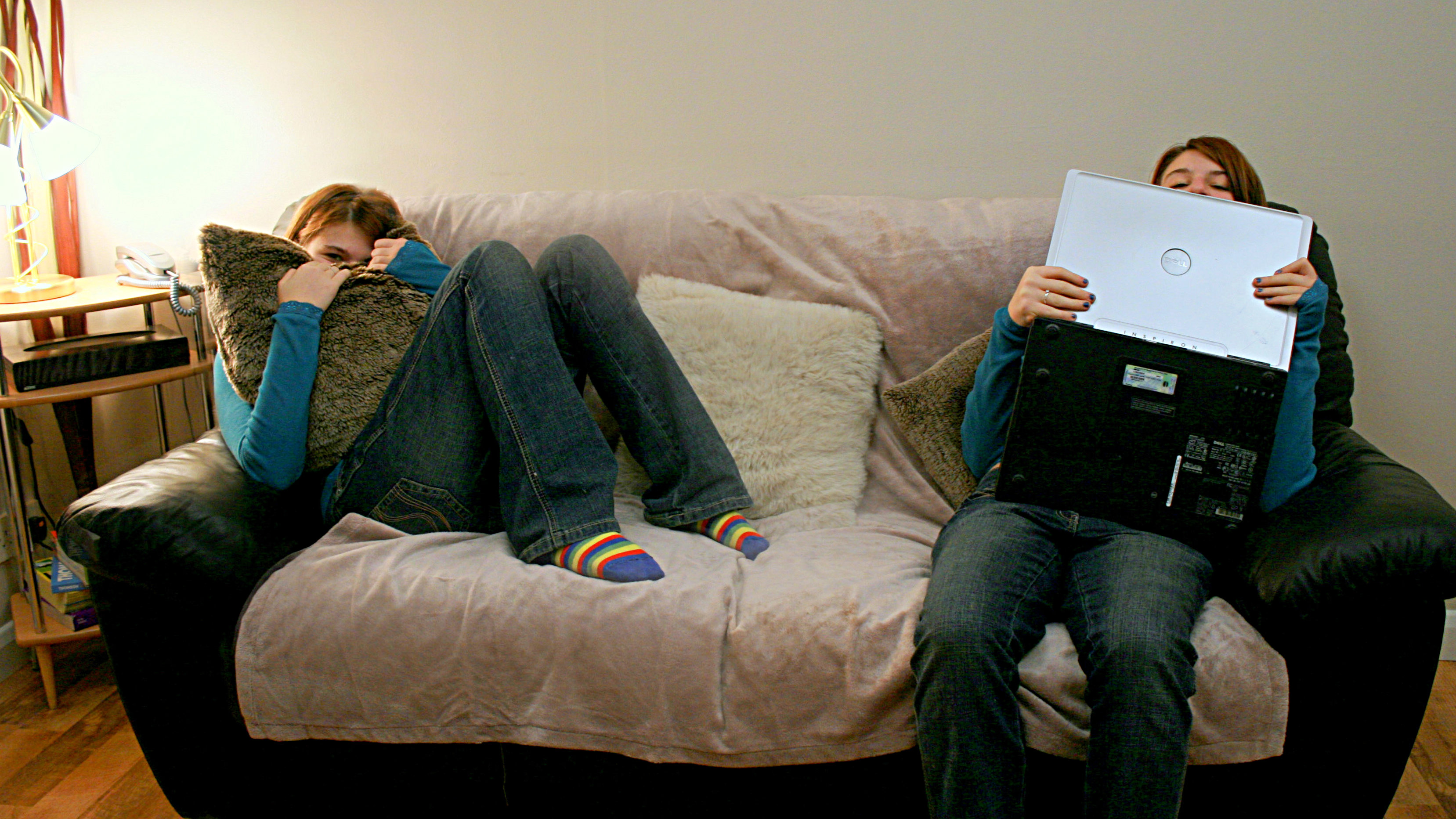 Then – in teams of student researchers – they began looking into why teens weren’t going outside. They spent weeks researching and also carried out surveys of their peers.

Why teens aren’t going outside

“Teens are overscheduled with piano lessons and coming home for homework,” DeGraaf says. “Somewhere along the line, getting outside is getting lost in the equation.”

Of the health education classes his group surveyed, only 3 percent of students feel they are getting outside enough. More than 75 percent say they don’t have the time or motivation.

Teens also complained of a lack of teenager-oriented parks and the problem of transportation in suburbia getting them to open space.

Many kids report being, frankly, exhausted.

“I do not want to do anything except sleep,” student Bella Connolly says.

But they say if someone organized an event geared towards getting them outside, they would go. For DeGraaf’s group, their idea is to have an outdoor festival with local bands and food vendors.

“The reason we feel this event will work is because it will give them a reason to want to go outside,” he says.

Easier to stay inside

The commissioners picked up on these themes: teens feel they need a reason to go outside and kids are at a loss for how to make their own fun. Commissioner Donald Rosier struggles to understand how things changed so much from when he was young. 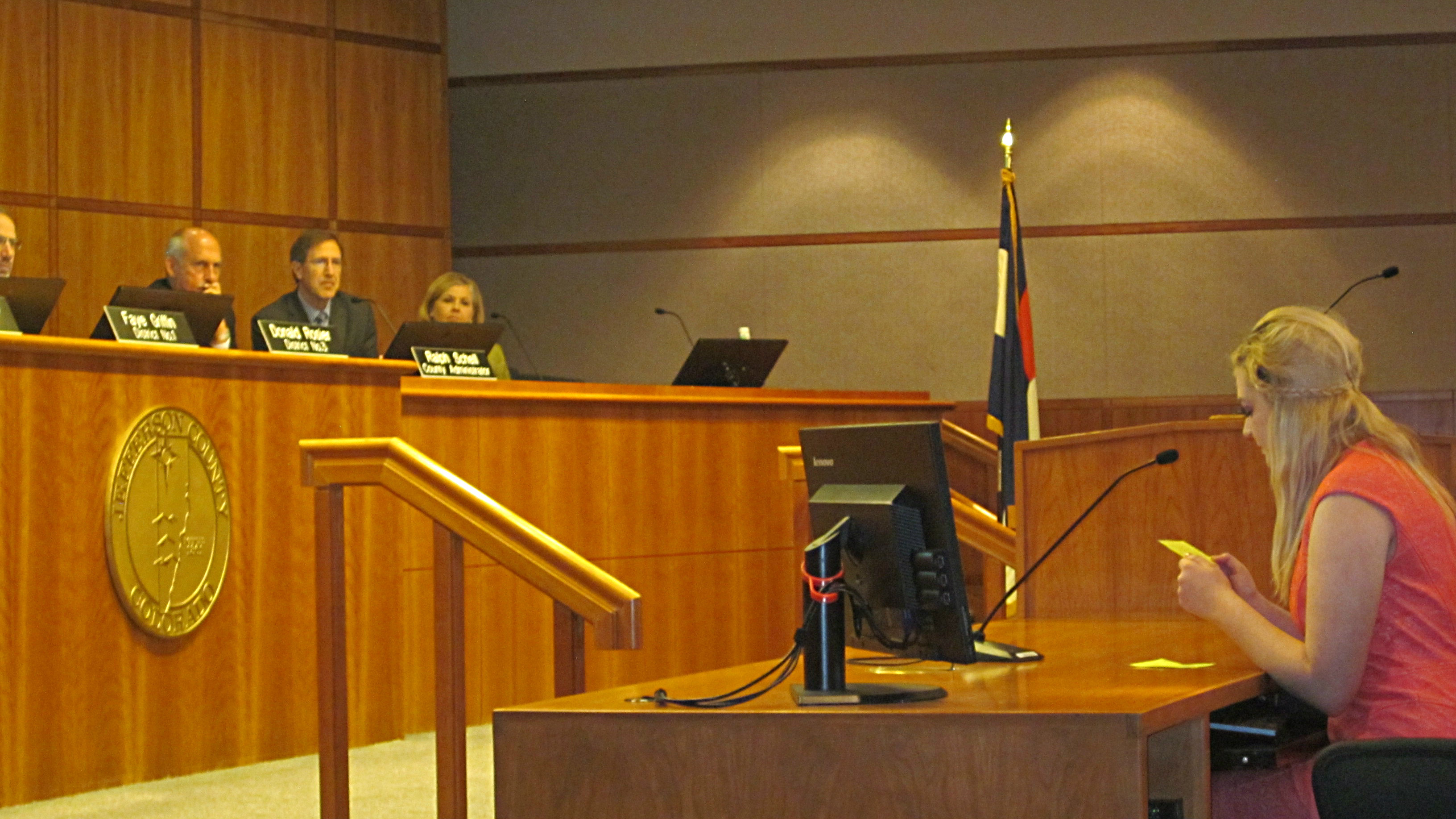 (Photo: CPR/Jenny Brundin)“It took effort, we had to create an activity, we had to go and do,” Rosier says.

He asks student Addison Thomas: “Are you seeing it’s just easier to stay inside with the technology versus going outside and being activity?”

Thomas responds: “I know from personal experience it’s so much easier to sit down, turn on the TV, grab a gaming controller and just sit there and play games.”

Thomas says his group’s survey also revealed that kids have low self-esteem when it comes to going outside.

In the survey done by Thomas' group, 97 percent say they play video games.

In a group of four students CPR interviewed after the presentation, Bella Connolly is the only one whose parents limit her screen time. Connolly is happy about it. She says most parents restrict the wrong things like outside exploration but then let them be online as much as they want.

“They develop these awful habits in childhood, and they get into adolescence and they’re set loose and they don’t know what to do with themselves because they haven’t been raised that way,” Connolly says. “And that is a horrible, horrible thing that has happened and it has to be stopped.” 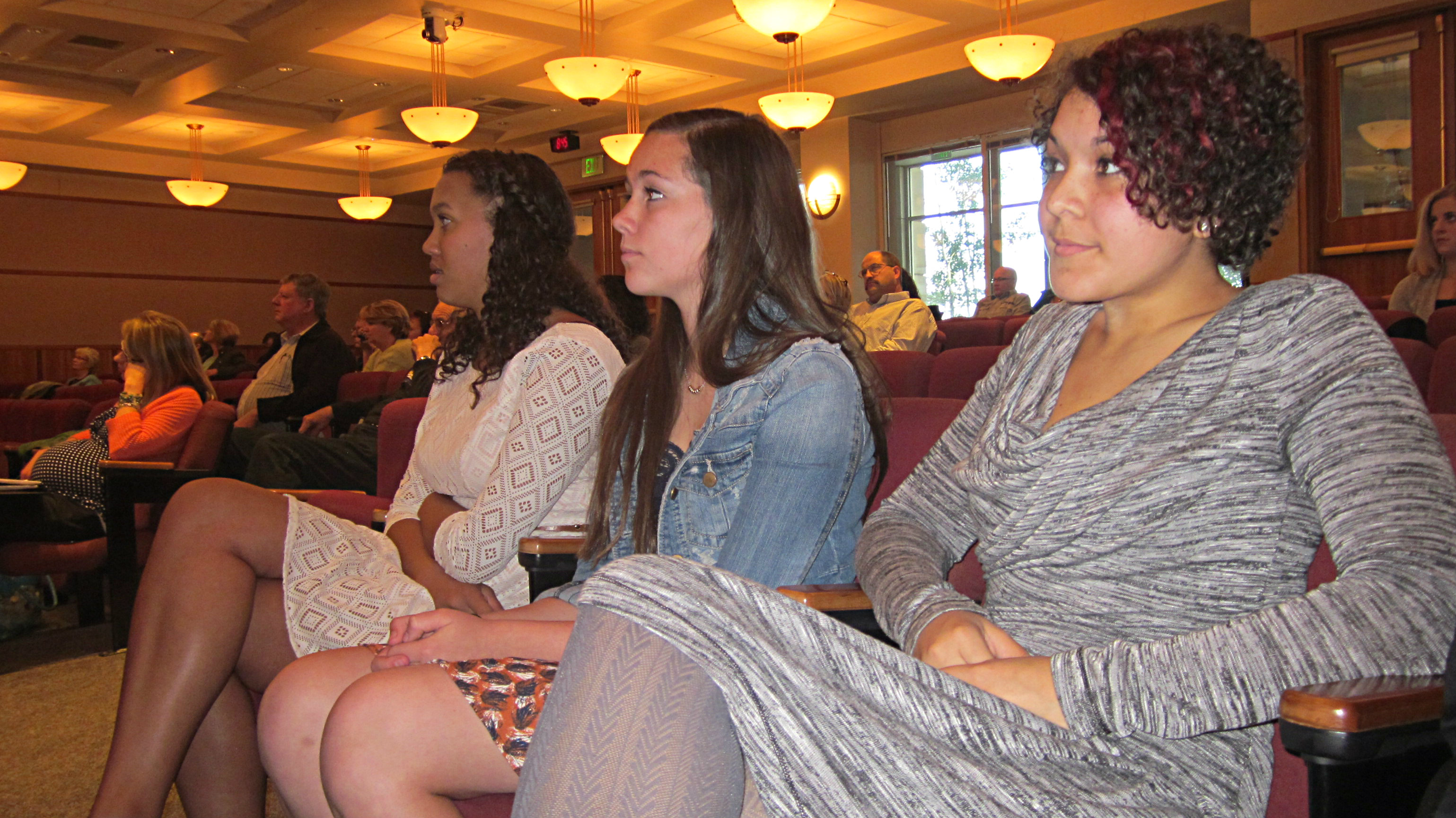 (Photo: CPR/Jenny Brundin)The students all agree that too many parents are keeping children from an important childhood rite: the chance to play outdoors without watching over them every second. They say it becomes ingrained and later manifests as a fear of the outdoors.

“The parents hold you back at a young age and then as soon as you get to this higher age, it’s like, ‘alright now you can go outside, you can handle yourself,’ but it’s like well, I don’t know what to do now,” Addison Thomas says. “You’ve held me for so long and I’ve been with you as a parent and you’ve protected me, which is great, but now I don’t want to go out to parks, now you’ve given me this mindset of the person right next to me is going to kidnap me because they are these mean people, so that’s kind of entered our mind and made it so we don’t really want to go outside.” 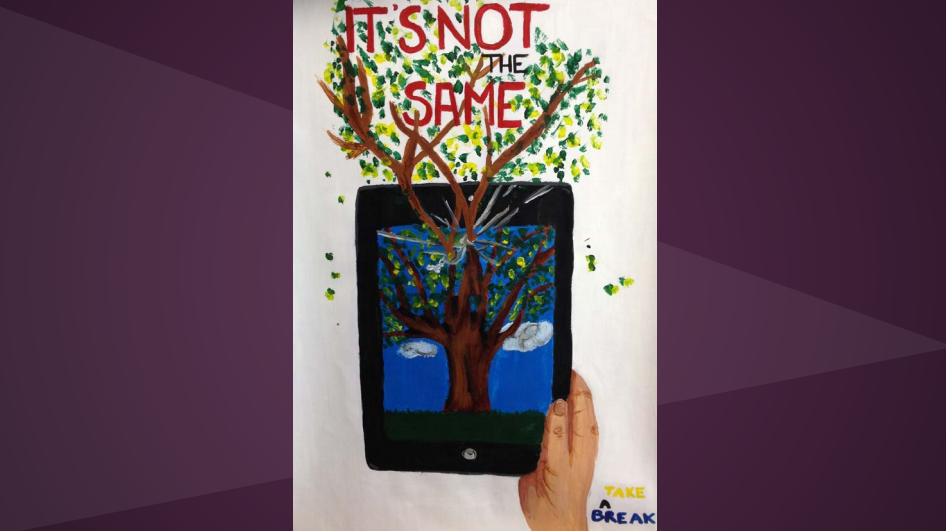 In perhaps the greatest irony noted by all the commissioners, nearly every group wanted to address the problem with technology. Technology isn’t going away so the students say use it for good, like Instagram photo contests of teens doing activities outside and sharing them with hashtags.

Other ideas include: a teen website about where to go and what to do like geocaching, and slack-lining; an app that maps trails all over Jefferson County. 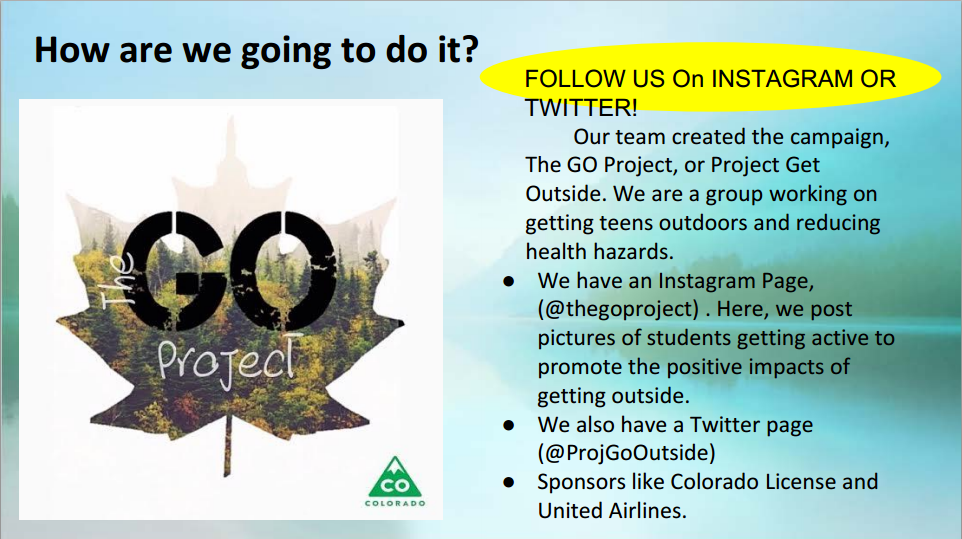 (Photo: Courtesy of Columbine High)Other groups suggest contests where teens keep records of where they go: they check in at a park, for example, to earn points that help them win prizes like a Hacky Sack or a yoga mat.

One group of teens decided to just go out into nature and make their own fun.

The film shows the students by themselves in the foothills. They scramble over rocks, climb trees, do cartwheels. They build a makeshift exercise bar out of a tree branch and play pick-up soccer. One kid even challenges himself to swing precariously on a tree branch from one side of a stream to the other.

The kids are beyond happy. They’re free and alive.

Jeffco Open Space, the county department devoted to parks and open space, will meet with the students several times this summer to start work on implementing some of the projects.