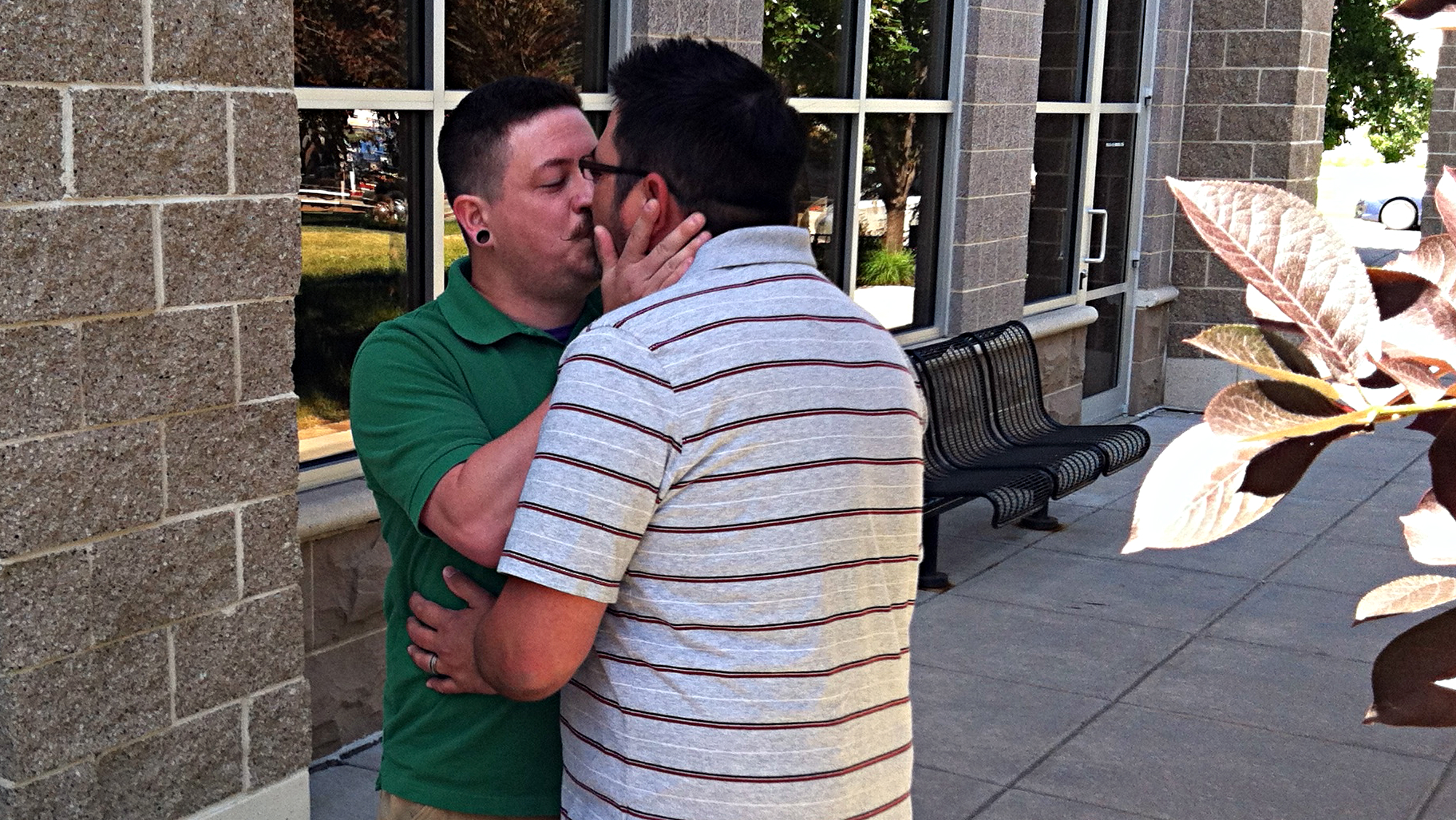 For the second day in a row, same-sex couples who go to the clerks office in Boulder County will be able to walk away with a marriage license.

"We believe they have made a clear statement about marriage being a fundamental right," Hall says. “And with that, we are moving forward to enable people who love each other, who've been prohibited by Colorado law for far too long, to have their union recognized as a marriage.”

Hall handed out two licenses to same-sex couples late on Wednesday and says she will continue to do so unless ordered to stop by a judge.

This isn't the first time Boulder has granted marriage licenses to same-sex couples. In 1975, clerk Clela Rorex issued licenses to six couples, after being told by the district attorney that nothing in Colorado law forbade it. Those marriages were later invalidated by the state's attorney general, a fate that may be repeated this time.

"[This] decision by the 10th Circuit Court of Appeals was stayed by the Court and has not gone into effect even in Utah, let alone in Colorado," Attorney General John Suthers said in a statement Wednesday. "Any marriage licenses issued to same-sex couples in Colorado before a final court resolution of the issue are invalid."

Suthers did not say if his office would take action to try to stop the marriages.

The Attorney General is currently defending Colorado's gay marriage ban from a challenge in state court. Arguments in that case took place earlier this month and both sides are now awaiting a written ruling. While this Appeals Court decision is not binding on the Colorado case, state judges do tend to rely on federal precedent, according to Colorado GLTB Bar Association president Kyle Velte.

"I would expect that Judge Crabtree up in Adams County would read this with interest today and it would help him form his opinion," Velte says.