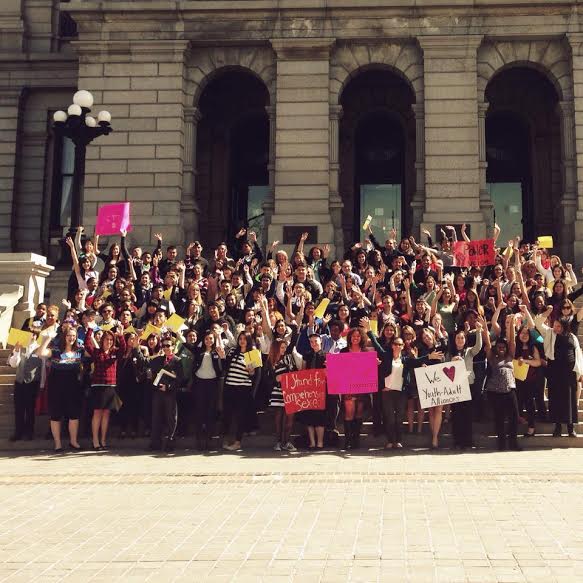 Photo: courtesy Colorado Youth MatterNew research shows Colorado teenagers are changing their behavior and their attitudes about sex.  A report by the nonprofit Colorado Youth Matter finds that young people are waiting longer and that teenage births are down in Colorado.  It credits better sex education classes that go beyond the basic "facts of life."

The group reports on adolescent sexual health about every other year. The 2014 study finds Colorado's teen birth rate is at a historic low. It fell 55 percent between 1990 and 2012.  The incidence of some sexually transmitted infections is down. But Olcese says another finding is cause for concern.

"We're also noticing that, while less frequent, the sexual activity among younger teens is riskier," she says. "Meaning that younger teens are both less likely to use contraceptives and more likely to be coerced into having sex."

The full report is at coloradoyouthmatter.org.