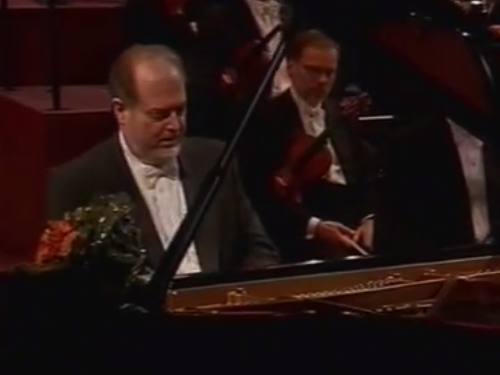 (Photo: YouTube)Pianist Garrick Ohlsson made his name as a top interpreter of Chopin’s music, winning the Chopin International Piano Competition in 1970.

Four decades later, he continues to be an in-demand concert soloist whose repertoire also includes music by Brahms, Scriabin and Rachmaninoff.

This Thursday, as part of our SummerFest broadcast, CPR Classical will feature an encore of Ohlsson performing Chopin’s Piano Concerto No. 2 during his 2013 appearance at Bravo! Vail. The Dallas Symphony, under the baton of conductor Jaap van Zweden, supplies the accompaniment.

For a taste of Ohlsson’s prowess as a Chopin interpreter, watch his take on the composer’s “Grande Valse Brillante."