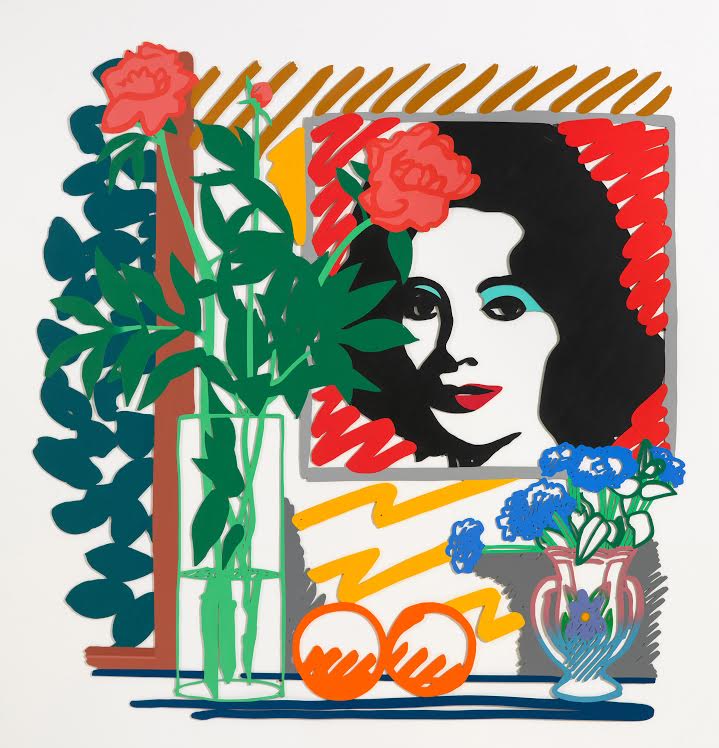 (Photo: Courtesy of Jeffrey Sturges)In the early 1960s, a group of American artists began infusing subjects from mainstream culture into their artwork.

Sunday newspaper comic strips were no longer destined for the trash bin on Monday, but rather showed up in paintings. Artists saw Campbell’s soup and Del Monte fruit cans as sources of creative inspiration. They transformed images of celebrities into collages.

This repurposing of everyday objects became a trademark of the Pop Art movement in America.

To get at the why behind this movement, Danielle Stephens, a modern and contemporary art teacher at the Denver Art Museum (DAM), cites art critic Henry Geldzhaler: “We can no longer paint trees with great contemporary relevance. So we paint billboards.”

Stephens is an expert on the pop art movement and is behind a series of blogs on DAM’s website exploring the Museum’s upcoming exhibition “Beyond Pop Art: A Tom Wesselmann Retrospective.”

The new exhibition at DAM opens July 13 and highlights the career of American painter Tom Wesselmann, who is regarded as a leading figure in the Pop Art movement.

Arranged chronologically, “Beyond Pop Art” features around 100 works by Wesselmann, including his famous paintings “Still Life #60” and “Screen Star.” The exhibition also explores Wesselmann’s approach to art-making and his professional triumphs and failures. 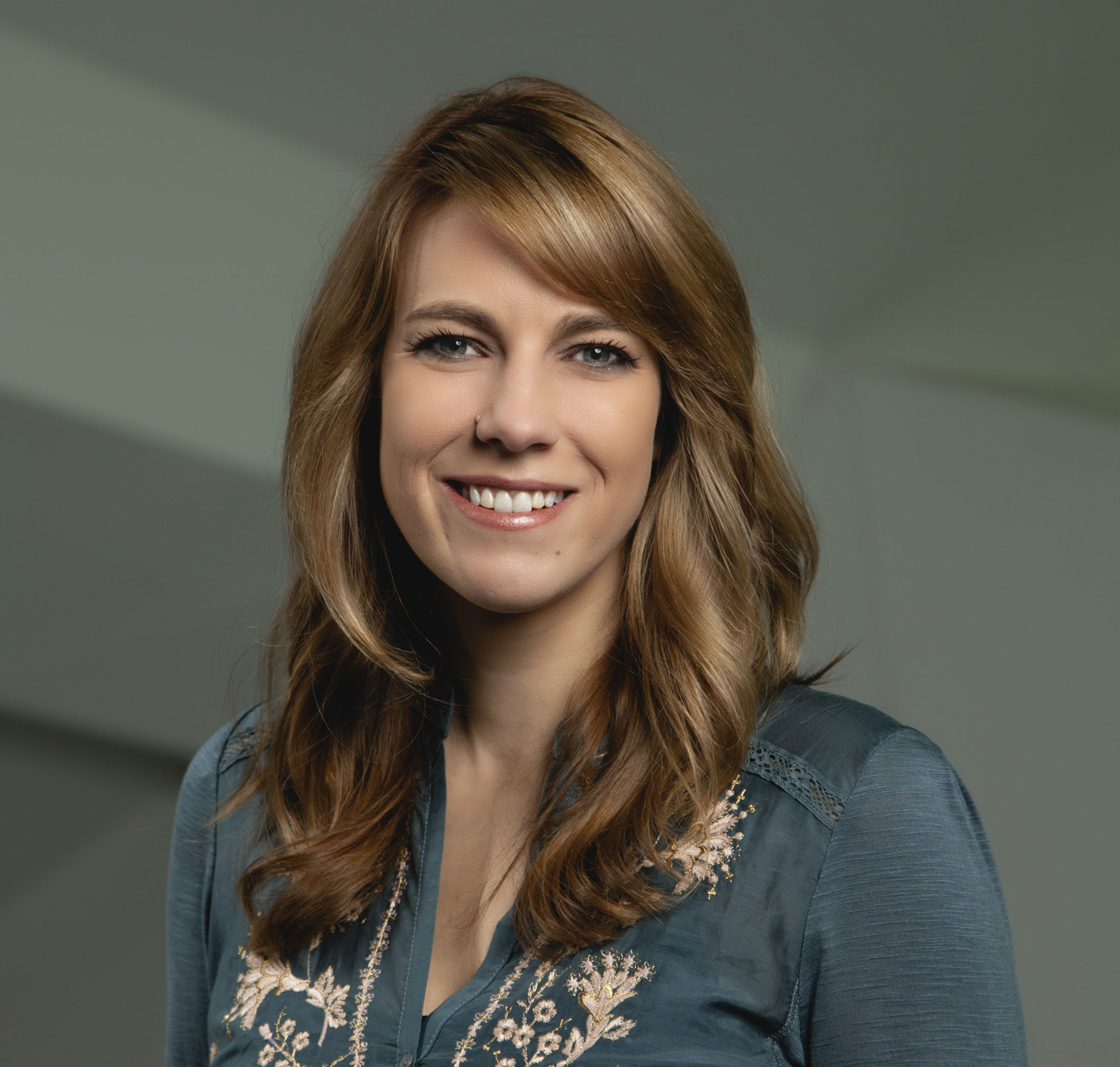 (Photo: Courtesy of Denver Art Museum)Stephens spoke with Colorado Public Radio about the upcoming exhibition, Wesselmann’s disenchantment with the pop art movement and his love for country music.

CPR: What is it about Wesselmann’s work that makes him such a prominent Pop Art figure?

Danielle Stephens: What made Wesselmann’s work so distinct in the early 1960s was his innovative approach to the traditional settings of painting: the reclining nude, the still life and landscape. He fixed each one firmly in the social and material culture of his time by embedding a number of found objects -- magazine cut-outs, posters, billboards and working appliances -- into his collages. For Wesselmann, pop culture was not a subject. It was material for creating. The exhibition provides an inside look into this artist’s process.

CPR: Why is the exhibition titled “Beyond Pop Art”? Is there a correlation to his autobiography here, in which he tries to disengage himself from the pop art movement?

Danielle Stephens: The title does two things: It places Wesselmann in an art historical timeframe by referencing the period from which he is best known, while also signaling that he continued to work long after Pop Art’s crest. Altogether, this exhibition covers over four decades of his work. “Beyond Pop Art” is fitting as well since Wesselmann took issue with being associated with the movement. Early on, he tried to disengage himself with Pop Art. In his own words, he said he felt that it caused viewers “to focus excessively on subject matter and assumed sociological commentary.” For him, it was never about glorifying popular culture. It was about making the most intense image he could possibly make, using materials that had never before been used. He started using billboards because he wanted to make a collage still life at a scale that had never been done before, not because he wanted to comment on the featured products.

CPR: Why did the museum decide to organize the exhibition in chronological order?

Danielle Stephens: Wesselmann once said, “Growth is the goal, and that goal is never complete -- art must be in constant change.” This belief is what grounded him in his artistic practice. It meant never settling for what was working, but to push forward with new ideas that would give form to his own personal discoveries of what was beautiful and exciting to him. In presenting his work in a chronological order, we hope that visitors feel as if they are with Wesselmann on this creative journey.

CPR: What are some of the standout pieces in the exhibition?

Danielle Stephens: The piece that stands out the most is “Still Life #60,” which is over 30 feet long and 10 feet high. In this painting, Wesselmann takes items that one might find on a nightstand dresser and blows them up to a monumental size. As he describes them, “they are memorialized to an impossible level of reality.” But I’m personally captivated by his early collages. They are just so charming and intimate. It’s also a completely different viewing experience. The small collages invite you to lean in and look close, while the larger work begs you to stand at a distance. Additionally, this exhibition marks the first time “Great American Nude 1, 2, 3, and 4” have been presented together since their creation.

CPR: There is a section dedicated to Wesselmann’s music making. What type of music did Wesselmann create?

Danielle Stephens: Tom Wesselmann was a devoted fan and prolific writer of country music. He loved its authenticity and simplicity. By the end of his life, he had written over 400 songs, many of which were recorded. His song “I Love Doing Texas With You,” gained some notoriety when it was included on the “Brokeback Mountain” soundtrack. The Denver Art Museum decided it was best to incorporate Wesselmann’s music programmatically instead of in the galleries. We really wanted to dedicate a space to his country music in the exhibition. However, in the end, it was a battle for space with such large works. On July 25th, for “Untitled Final Friday,” Kevin Trainor, the musician who recorded most of the male vocals for Wesselmann’s songs including “I Love Doing Texas For You,” will play his tunes live in the galleries.