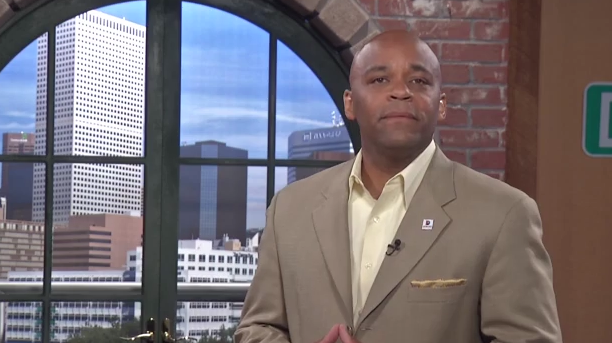 Hancock announced his intentions during the annual State of the City address Monday morning at the Denver Art Museum.

“Denver cannot move quickly enough when it comes to housing,” Hancock said. “Access to a safe, affordable place to live has never been more important, so we are taking comprehensive action to address the full range of housing challenges.”

The mayor said that the city’s housing inventory hasn’t kept pace with Denver’s population spike in recent years. Hancock said this gap is compounded by rising home prices, which is welcome news for homeowners and the economy but also a challenge for many residents and families.

According to Mayor Hancock, 38 percent of Denver’s renters don’t earn enough to cover rising housing costs and need some kind of assistance.

The overall goal, the mayor said, is to create "livable communities."

"Healthy neighborhoods where we can walk, bike and play; where fresh foods are accessible as jobs, healthcare and education," Hancock said.

Hancock also said the city’s economic development strategy is working and his administration is committed to helping small businesses take flight. The city is focused on north Denver between DIA and downtown, he said, where three new transit stations and other new infrastructure is expected to "have a $2.6 billion impact on our economy and provide 40,000 new jobs over the next three decades."

But the mayor also noted the city’s unemployment rate of 5.3 percent is below the national average but is too high for the Mile High City.

“We need to ensure that all of Denver can benefit from our progress,” Hancock said.

The mayor noted that Denver is becoming one of the most “bikeable” cities in the nation and said he’s excited to deliver the city’s first protected bike lane on 15th Street.

Hancock also included updates on tourism, crime and safety during his annual address. He reported falling crime rates, improved response times by Denver Police and that officer productivity is up 81 percent.

"What does that mean to you? It means more patrols are focused on crime prevention. It means more officers in high-need areas. It means officers spending more time getting to know you and your neighborhood," Hancock said.

On recreational marijuana, Hancock said his administration will continue to push for a banking option that will be fair to business owners. He also said his office is pursuing new enforcement around THC extraction to help “protect our neighborhoods.”

“I thank City Council for their partnership and for recently approving our responsible spending plan to regulate, enforce and educate the public on this law as well as prevent marijuana use among our young people,” Hancock said. “I commit that we will ensure this new industry is making a safe contribution to our city, not a harmful one.”