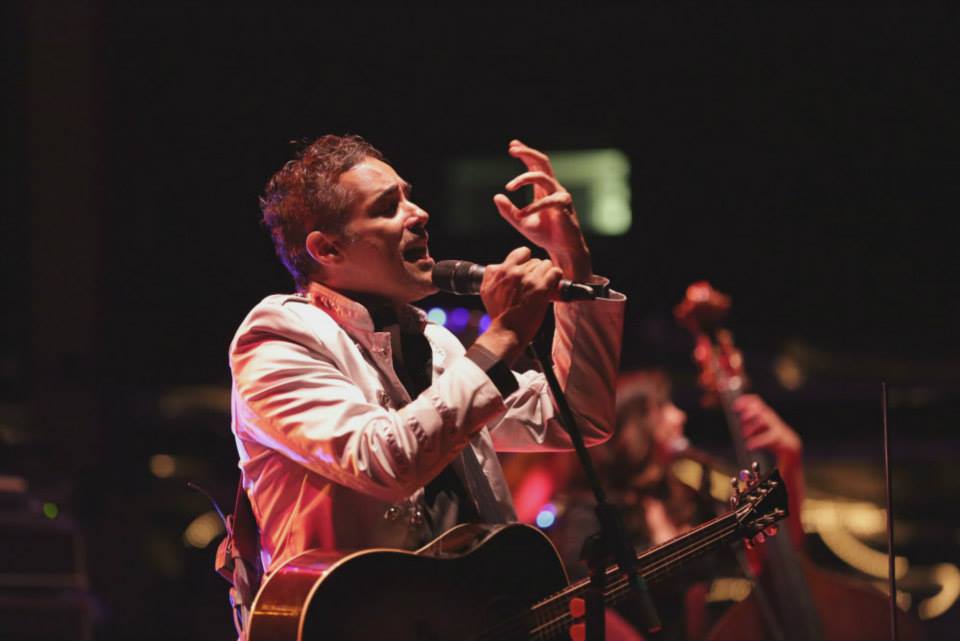 (Photo: CPR / Michael Hughes)DeVotchKa and the Colorado Symphony joined forces yet again last night and performed to a sold-out crowd at Red Rocks Amphitheatre. Amid a cool summer night and a warm, receptive crowd, it served as a perfect setting for three acts of local folk music.

Nederland-based quintet Elephant Revival promptly took the stage at 7:30 p.m. and played their self-described brand of “transcendental folk.” Though audience members were still slowly trickling in, the band's rustic set still garnered quite a bit of attention.

Accompanied by the Colorado Symphony, Elephant Revival performed many of the same songs from the set just a few days beforehand in our CPR Performance Studio, which can be streamed in its entirety here.

Gregory Alan Isakov made his way to the stage next, backed by his band which he dubbed his “best friends.” His set spanned most of his catalogue and he made his Colorado pride known, telling the audience how it felt “so good to play at home.”

During his encore, the person next to me leaned over and asked, “Who is this guy?” “Gregory Alan Isakov,” I replied. A brief pause. “He’s amazing,” he stated with awe. I had to concur.

Closing out the night was Devotchka, performing once again with the Colorado Symphony. Their distinct “gypsy-folk” sound was fully fleshed out by lush strings and booming percussion.

Like Elephant Revival, they too stopped by our CPR Performance Studio just days before this sold-out show, which can be heard here.

It was truly a grand showcase for some remarkable Colorado talent. For more pictures of last night’s concert, visit our Facebook slideshow.