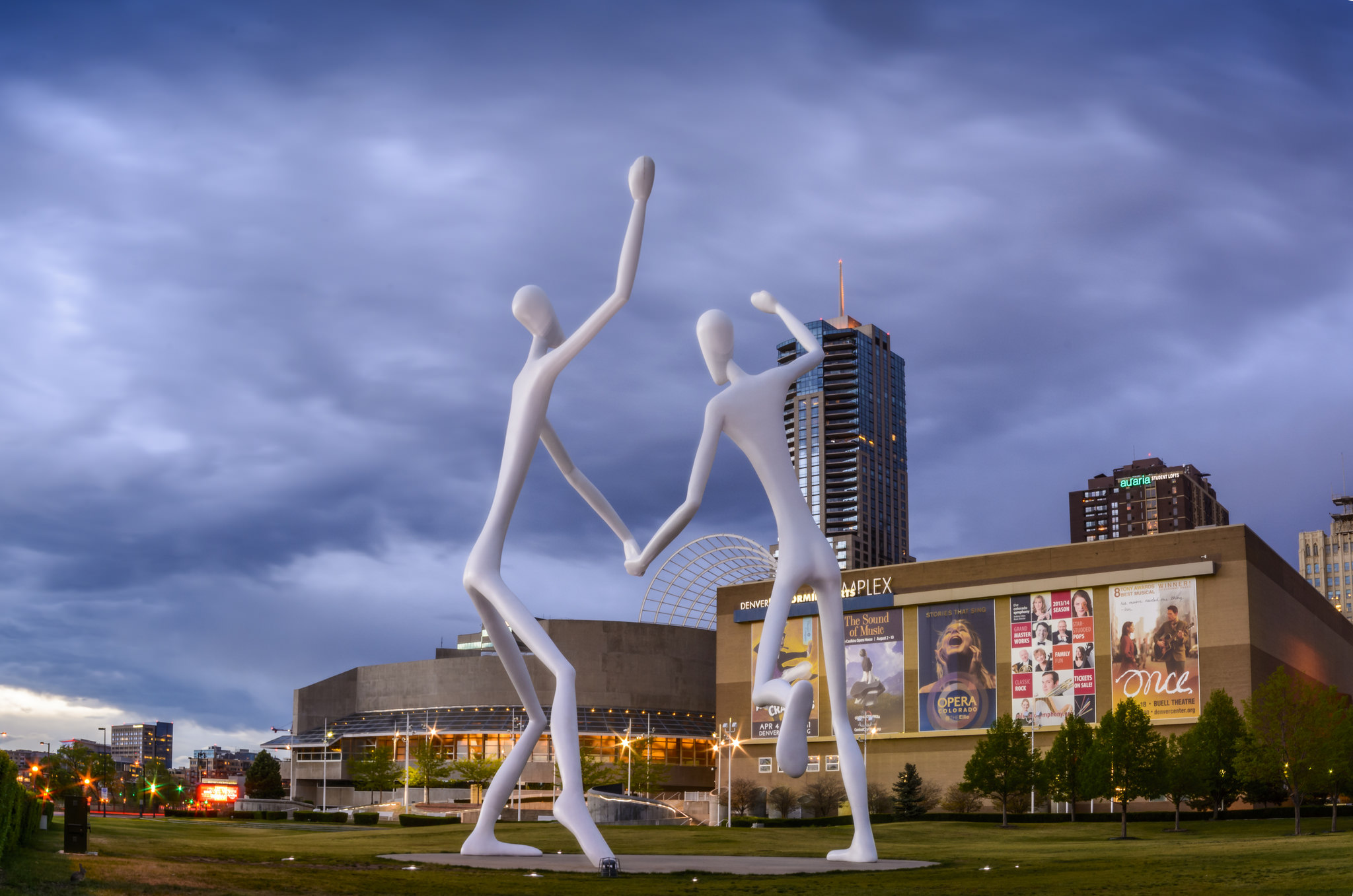 (Photo: Courtesy Geoff Livingston/Creative Commons via Flickr)The city of Denver revealed a new proposal for the Denver Performing Arts Complex (DPAC) Thursday, which would include leveling Boettcher Concert Hall to make way for an outdoor theater.

In an email thread between Denver Arts & Venues executive director Kent Rice and Colorado Symphony CEO Jerry Kern, Rice says there are several ideas for the revitalization of DPAC, but tearing down the concert hall for an amphitheater is the “one we’re focusing on at the moment.”

The city has not yet reached a final decision regarding Boettcher Concert Hall’s fate due to construction and financial logistics.

A previous plan to renovate the 36-year-old hall during the 2015-2016 season would have caused the symphony to seek a temporary home before potentially moving back into Boettcher.

Rice says demolishing Boettcher is a viable option when considering the extensive funds needed to properly renovate the concert hall.

“I do believe that it’s likely the best option given the money we have to spend versus what needs to be done to properly renovate the hall,” Rice says.

While finances are one major concern, Rice says it was also the city’s understanding that the Symphony was focused on finding a new long-term home.

“The Symphony had already said that they were looking to move to a church in Capitol Hill as their permanent location because of the rent that was required to participate or perform at any of the city-owned venues,” Rice says.

The proposal to replace the concert hall with an outdoor venue is part of a much bigger initiative to revive the DPAC.

“That lead to this idea that there might be a better use of the funds to re-imagine the whole space there,” Rice says. “This includes taking Boettcher down and building something else there.”

In an email to Rice, Kern says he learned of the city’s new proposal about a week ago, after speaking with Colorado Ballet artistic director Gil Boggs and Opera Colorado general director Greg Carpenter.

Rice responded that the opera and ballet entered into a conversation with the city because these two companies are currently the major tenants of the Ellie Caulkins Opera House. If the symphony also moves into the Opera House, a possibility which the city is currently exploring, the opera and ballet’s performance schedules would be impacted -- along with the symphony’s.

“The scheduling will be complicated, there’s no doubt about it.,” Rice says. “The opera and the ballet are the resident companies there, so we would need some concurrence with them before moving forward.”

Rice adds that the Opera House will need to be retrofitted to accommodate the symphony.

“We were very disappointed with your email and believe the time has come to make our position very clear,” Kern responds in an email to the city.

Also included in Kern’s email is a list of talking points by the Colorado Symphony, stating that “The City of Denver’s proposal to demolish Boettcher Concert Hall is out of step with the spirit of innovation and visionary thinking that define modern Denver.”

According the these talking points, the symphony is currently working on plans that would support the organization as a long-term tenant at Boettcher Concert Hall.

Kern also says the City of Denver’s suggestion of the Ellie Caulkins Opera House as a temporary venue for the 2015-2016 performance season is not a workable option.

“The Colorado Symphony has expressed a willingness and desire to discuss a construction schedule that would keep the orchestra in Boettcher Concert Hall for some portion of the 2015-2016 season,” the document says. “However, the City of Denver has refused to discuss this as an option that serves the interest and timelines of both entities.”

Denver Arts & Venues will turn the issue over to the public now, Rice says, which involves “convening meetings and talking to people about what is the highest and best use of both the money set aside for Boettcher renovation and the immediate land around there.”

The news comes after a recent deal made between the City and the Colorado Symphony, agreeing that the Symphony would pay $1 in rent at Boettcher Concert Hall for the 2014-2015 season.