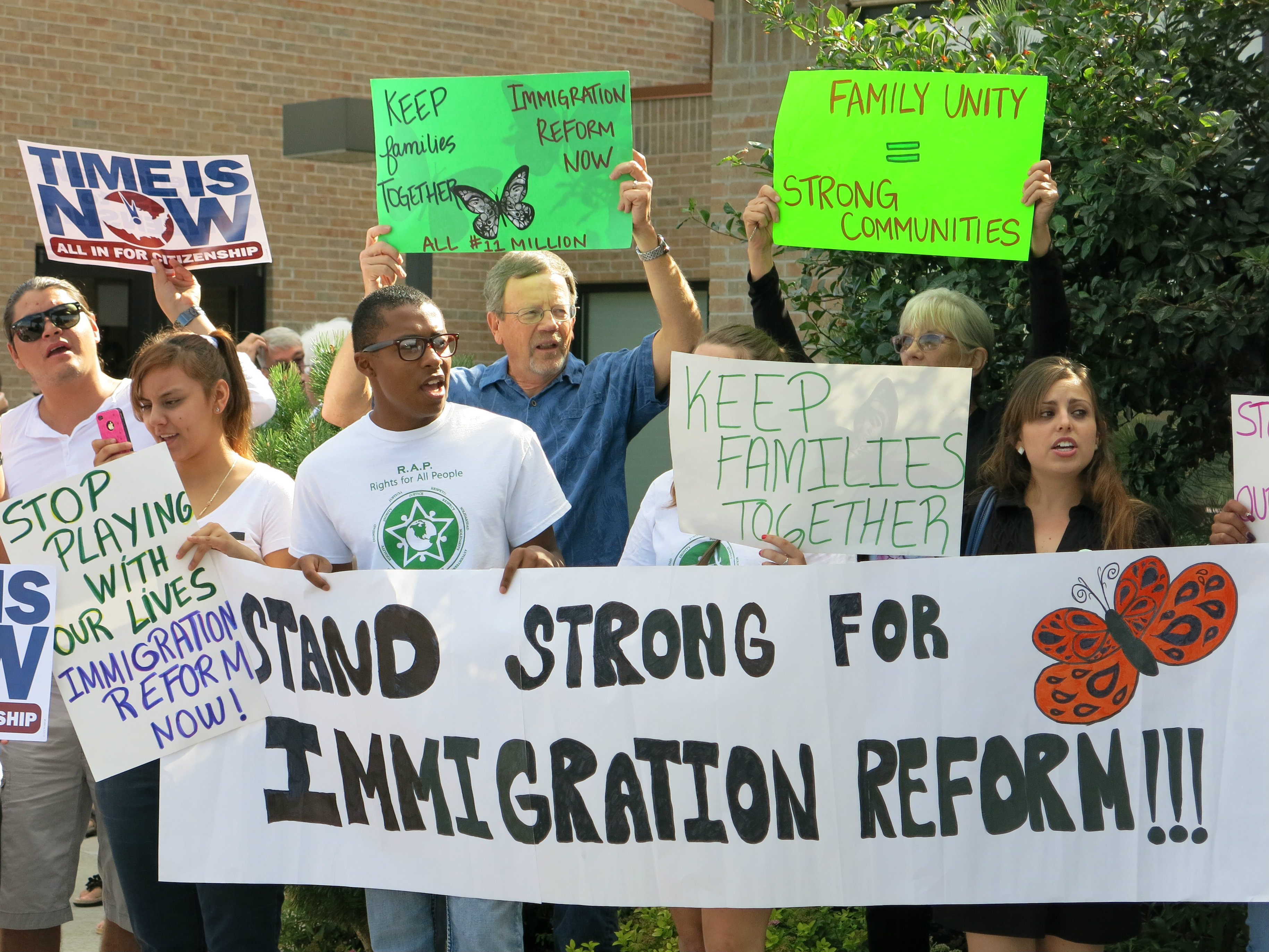 (Photo: CPR/Megan Verlee)Latinos make up one in five residents of Colorado’s Congressional District 6 (CD6), so it’s no surprise that immigration reform is a big issue in this year’s race.

But both Republican incumbent Mike Coffman and his Democratic challenger, former state Speaker of the House Andrew Romanoff, face challenges in winning over the district’s Hispanic voters.

There are less than 100 days to go until the November election, and most candidates in tight races are spending nearly every waking minute campaigning. But in the midst of all this pressure, Congressman Mike Coffman manages to carve out time every day for something else: Spanish lessons.

While learning the correct way to conjugate verbs might seem like a distraction from the campaign trail, for Coffman this could be the key to holding onto his seat come November.

In 2011, Congressional redistricting shifted the heart of CD6 from Douglas County to Aurora, transforming the district from safely red and overwhelmingly Caucasian into the state’s most ethnically diverse and politically divided House seat. 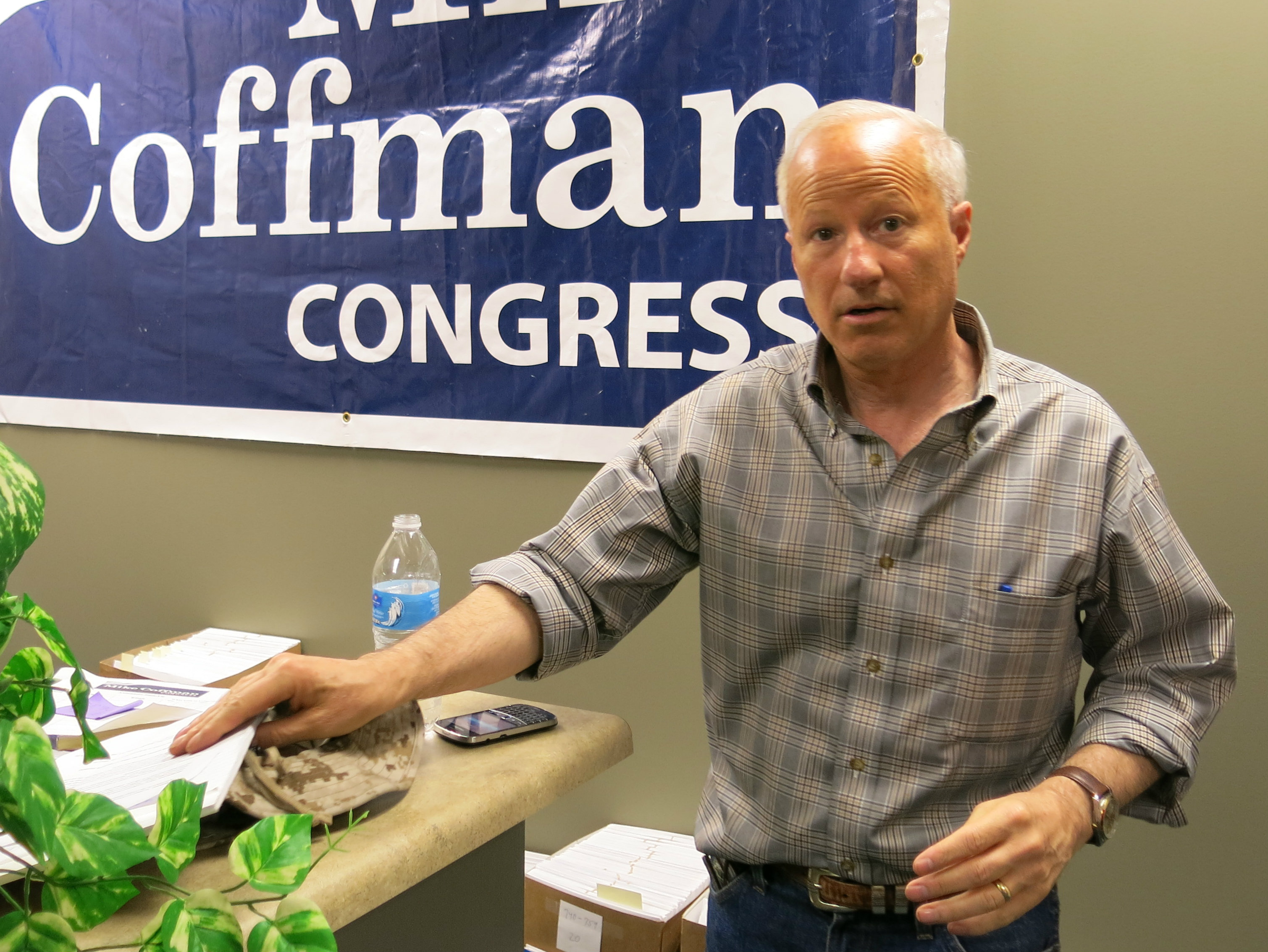 (Photo: CPR/Megan Verlee)Before the change, Coffman took fairly standard Republican positions on immigration. Now he says listening to the concerns of his new constituents has started to change some of his views.

“What I’m trying to do is find solutions,” says Coffman. “Quite frankly I think there’s a lot of people on both sides of the aisle that are more interested in preserving an issue than getting something done.”

Coffman recently introduced legislation to create a path to citizenship through military service and he says he supports a similar policy for undocumented college students.

For his Democratic opponent, though, Coffman’s change of heart is too little, too late.

A challenger with a history of his own

Romanoff is pitching himself directly to the Hispanic community. He calls in weekly to chat with the host of a public affairs program on the Spanish station KBNO, using language picked up during years working in Central America.

Latinos tend to vote overwhelmingly for Democrats. But Republicans see reasons to hope for a different story this time around. 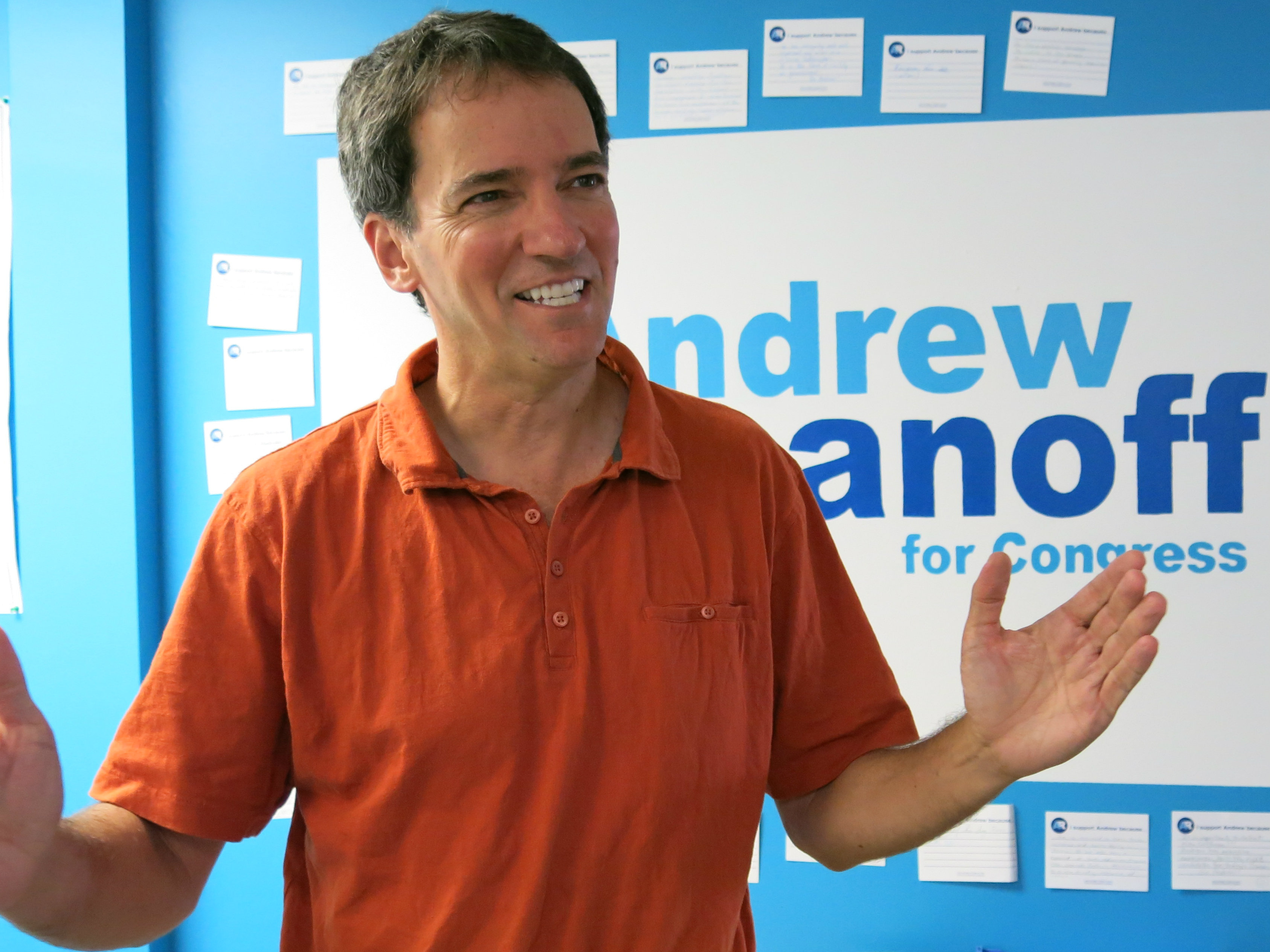 (Photo: CPR/Megan Verlee)For one thing, Romanoff has some political baggage of his own on the immigration issue, going back to his days at Speaker of the state House.

In 2006 he presided over a special session aimed at make it harder for undocumented immigrants to live or work in the state. Romanoff says he only agreed to the session to head off an even more draconian ballot measure that would have barred the state from providing almost any services to undocumented immigrants. But Coffman’s campaign is doing its best to keep the issue fresh in voters’ minds. And it may be working.

One community with many views

At the Lowe’s Mercado on Colfax Avenue in Aurora, a steady stream of grocery shoppers wheel their carts in and out on a recent afternoon.  Few of them are citizens, but even those who can’t vote are watching the election closely, knowing it could directly impact their lives in this country.

“Pretty much, we mad about everything,” to do with the government, says Rene Lerma. He can’t vote, but many in his family can, and they talk about politics frequently.

As Lerma describes his concerns about government spending and people abusing the social safety net, he certainly sounds conservative. But when asked what party his family votes for, the answer is quick: the Democrats.

Lerma says Republicans scapegoat undocumented immigrants as freeloaders. Many here sound frustrated with Republican opposition to immigration reform efforts, but some see problems on the other side of the aisle, too.

Speaking in Spanish, Aurora voter Gloria Salsedo says she’s disillusioned with the Democratic party for not doing more to keep families from being split up by deportation. So she’s supporting Republicans this time.

Paulo Sibaja, director of outreach to the Latino community for the Colorado GOP, hopes to capitalize on Latino voters’ frustration. He’s hoping Latino voters, disappointed that the President hasn’t been able to get anything passed, will turn to his party.

“What we’re trying to do as Republicans is, we’re trying to say, 'Hey, there is another alternative.' Give us a shot. Let us be your standard-bearers, let us fight for you,” says Sibaja.

But frustration doesn’t necessarily drive voters from one party to another though. They could decide to sit the election out entirely.

Latino turnout generally drops during midterm elections and with disillusionment running high, even more than usual might stay home this year, according to some observers.

“There was a lot of energy among Latinos in 2012 to get out to vote with the hopes of seeing comprehensive immigration reform pass,” says Unversity of New Mexico professor Gabriel Sanchez, who runs the polling firm Latino Decisions. Now, after two years of inaction, “a lot of Latino voters might say ‘Hey, is it really worth my time and energy to go out and vote? Nothing really happens.’”

That attitude could spell bad news for Romanoff. Coffman may want to win over Latinos, but given that they tend to vote Democratic, Romanoff’s the one who really needs them. Republican turnout is already expected to be high this year. If frustration over stalled immigration reform and distrust of both candidates' records keeps Latinos away from the polls in large numbers, Coffman’s fight to hold onto his seat could get a lot easier.