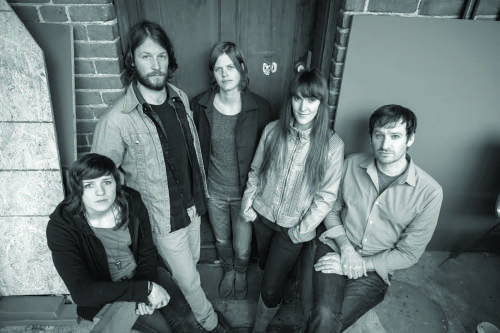 Following a series of memorable performances at UMS 2014, the Denver rock 'n' roll group will release debut full-length "The Dream of You & Me" on Tuesday, Aug. 19.

Denver label Greater Than Collective and Ohio label Misra Records, co-owned by members of Colorado band Somerset Catalog, are collaborating to put out the album.

Eric D. Johnson (formerly of Fruit Bats) produced "The Dream of You & Me" along with Ark Life frontman Jesse Elliott. The band is a collective of local musicians including singer-songwriter Natalie Tate, pianist Lindsay Giles, and drummer Ben Desoto (Nathaniel Rateliff, The Czars), along with These United States members Elliott and Anna Morsett (The Still Tide).

The record release party will take place from 2 p.m.-7 p.m. More details are available via the Park House website.

Watch video of Ark Life performing at OpenAir's UMS Kickoff Party at Illegal Pete's below, and stream the band's recent session in the CPR Performance Studio.