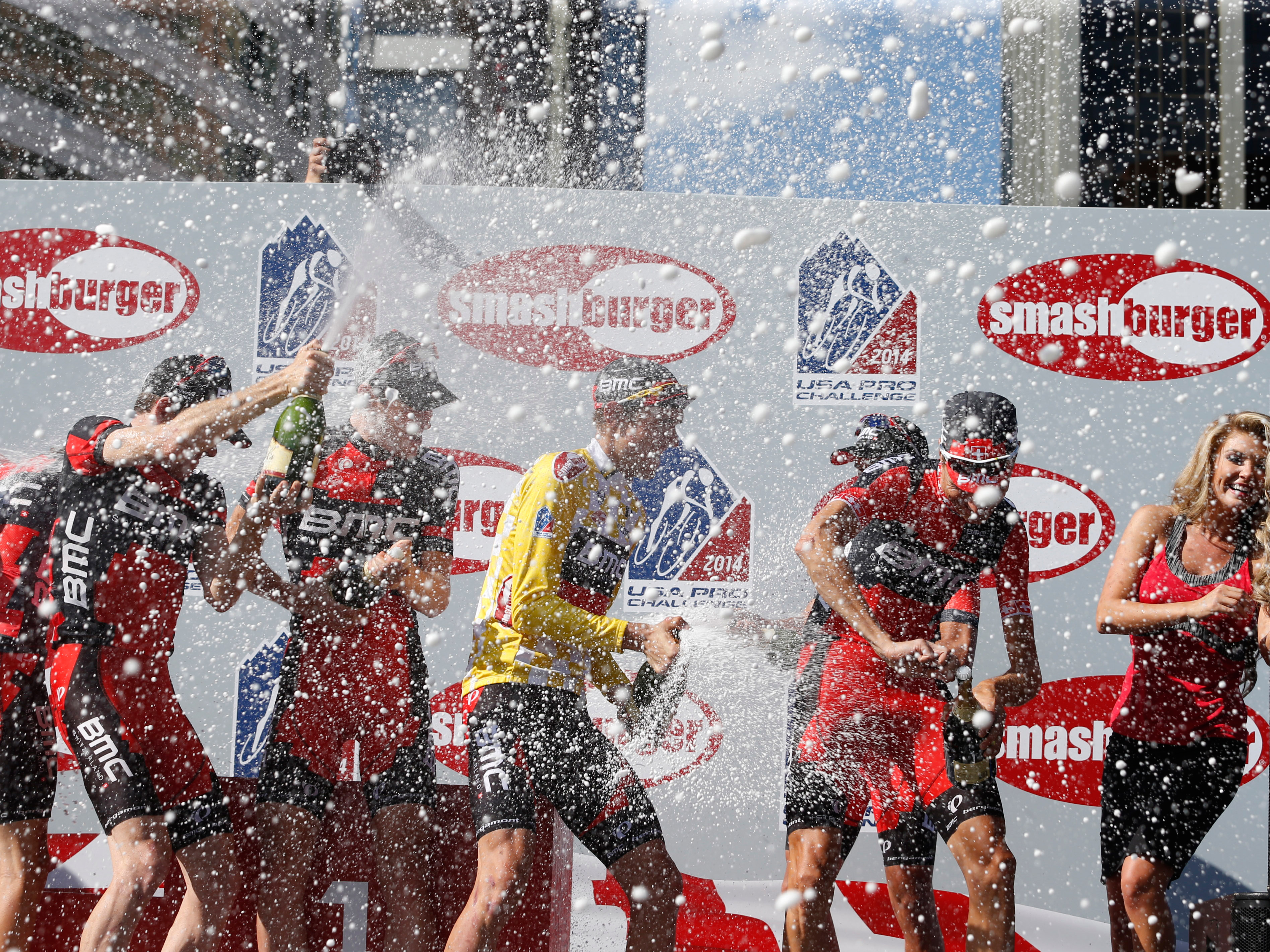 The final stage of this seven-day race took riders from Boulder, to Golden, up and over Lookout Mountain (elev. 7,374 ft)  and through downtown Denver for several laps before ending at Civic Center park.

Van Garderen, in the yellow jersey, was in the lead for most of the stage and was declared the winner before even the first cyclist crossed the finish line. Tom Danielson finished second followed by Serghei Tvetcov in third.

Van Garderen says the cheers of support he received from the crowds as he rode this final stage rivaled what he experienced riding through Paris on the final leg of the Tour de France earlier this year.

"It was amazing," he said. "The crowds got bigger and more enthusiastic" as the racers neared Denver.

He says his favorite moment of the race was stage three, where he won in a mountain-top finish.

"I'm more of a time-trial specialist," he says. "To actually put your hands in the air after the end of a win was pretty cool."

He has a few more races this season including some in Canada, as well as the Tour of Beijing, and then van Garderen says he goes into training for next year's Tour de France, which he hopes to win.

And then he'll be back in Colorado for the USA Pro Challenge 2015.

"As long as this race is in existence, I'll be back every year to defend the title," van Garderen says.