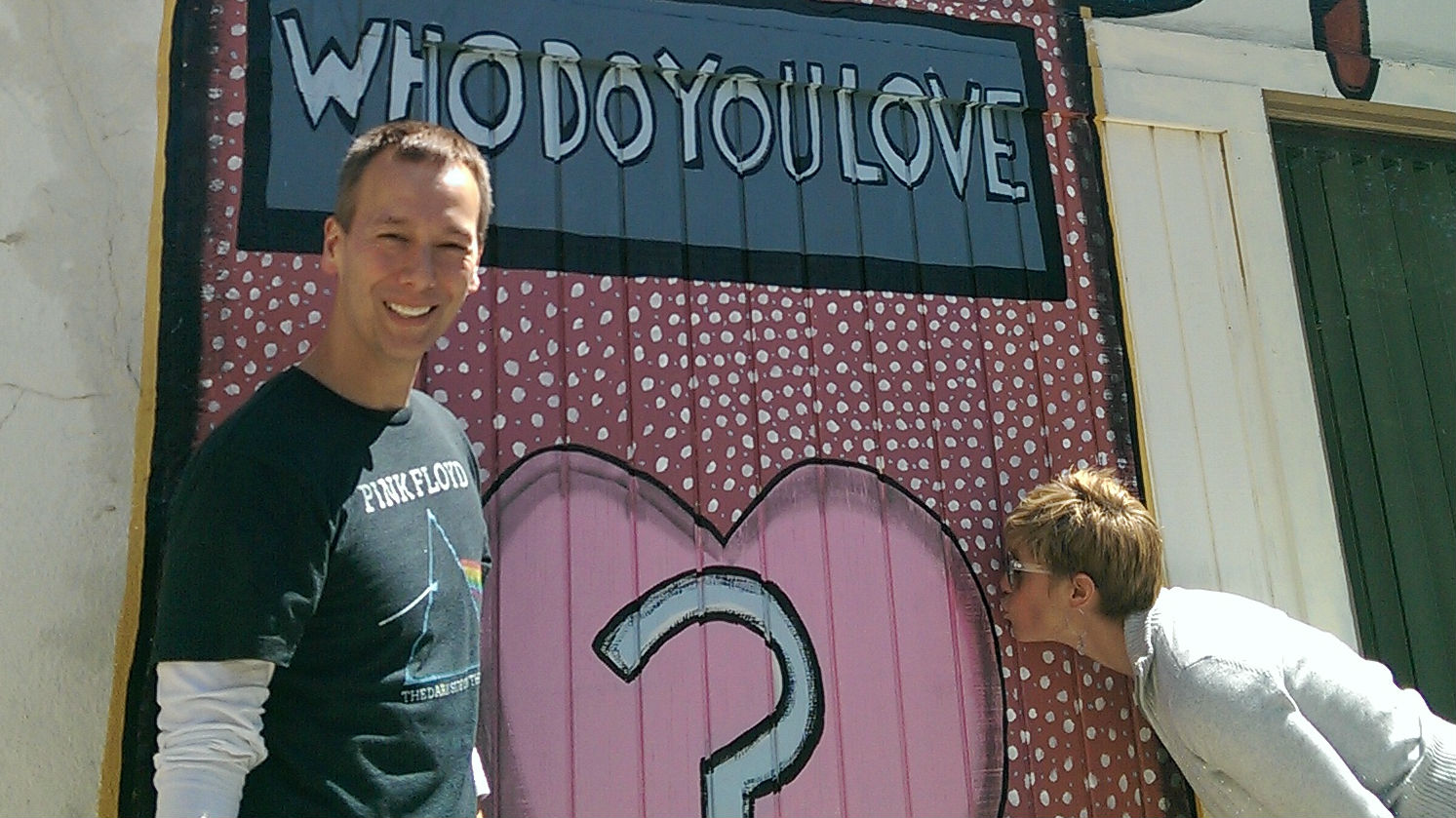 “We wanted to make it so that people in the community were not only given permission but were encouraged to show their love for Boulder,” Chasansky says.

Chasansky says the grants were inspired by Peter Kageyama, an expert on the relationship between creativity and cities. Kageyama is the author of the 2011 book “For the Love of Cities.”

While Kageyama says it’s difficult to quantify the impact of these types of projects, it’s important to give residents a sense of empowerment.

“Most of the time people sit on the sidelines and wait for the city to make the community better for them,” Kageyama says. “But when citizens get in the game, they realize, ‘Wow, look at the impact we can have on our places.’”

Kageyama visited Boulder this week to conduct a series of workshops on how to get residents more involved in making their city a better place to work and live. His work emphasizes fun and explore playful ways to cultivate resilient communities.

Kageyama's “$500 Project” asks people to consider the following question: “If you had $500 to make your city a better, more interesting, more loveable place, what would you do?”

Chasansky says city administrators wanted to pose this same question to Boulder residents and increased the value to $1,000.

“These projects should surprise us,” Chasansky says. “We want them to be creative and fun.”

Guidelines require the temporary projects to be:

​Applications for the first deadline must be submitted digitally by 5 p.m. on Sept. 2. The application deadlines for the second and third grants are Sept. 9 and 15.

Kageyama describes these acts of affection as “Love Notes."

During the recent workshops, he pointed to ideas from other cities such as Anchorage, Alaska, where community members  are planning a “March of the Snowman” festival to celebrate the arrival of spring, and Grand Rapids, Michigan, where thousands of residents filmed a video in 2011 which shows them lip syncing to Don McLean’s “American Pie”.