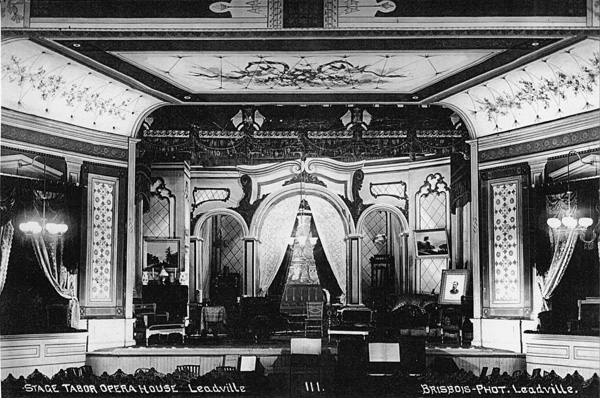 During a sit-down interview prior to the tour, Bland shared many stories about the opera house’s rich history.

One story stuck out in particular.

It’s the story of Gladys Robeson, a popular actress and variety entertainer of the late 1800s, who wore red tights on stage.

Horace Tabor and his business partner, W.H. Bush, the owner of the Clarendon Hotel in Leadville, became enamoured of the leggy actress during a performance at the Tabor Opera House. The two men showered the stage with $5,000 in gold and silver coins during the show, hoping their generous display of affection would be returned.

But when the curtain went down, Robeson scooped up the coins and snuck out the stage door. Tabor and Bush never got the introduction they hoped for.

For years following that performance, stagehands found gold and silver coins hidden backstage and in the cracks of the floor boards.

Click on the link above to hear Bland telling the story. And tune into The Colorado Art Report this Friday at 10:30 a.m. and 7:30 p.m. for the full interview.