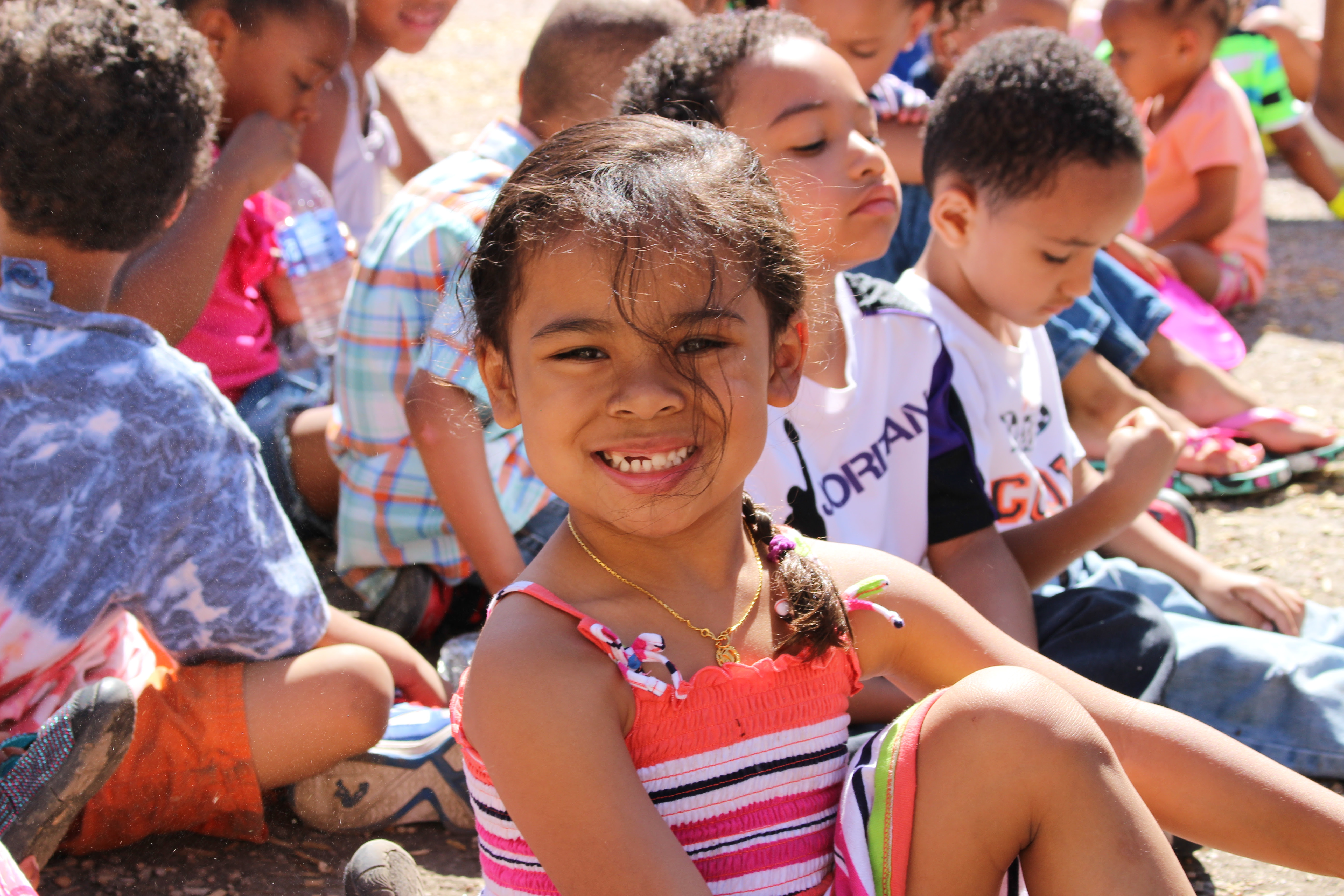 (Photo: Courtesy of Preschool Matters)For the first time since 2008, Colorado’s child poverty rate declined in 2013. That follows a nationwide trend, according to new data from the U.S. Census Bureau.

In 2013, 16.9 percent of all children in Colorado were living in poverty, down from 18.5 percent in 2012.  That represents the sixth-largest decline in child poverty in the nation. Colorado is one of only eight states that saw a statistically significant decline.

“Even with the decline, we still have almost twice as many kids living in Colorado in poverty in 2013 than we had back in 2000,” said Sarah Hughes with the Colorado Children’s Campaign. “So while we’re absolutely celebrating the fact that child poverty has started to go down for the first time in a while, it’s really important not to forget about those 200,000 kids in our state that are still living in families that are probably having a really tough time making ends meet.”

Colorado has had one of the fastest-growing child poverty rates in the nation since 2000. For children under 18, in the year 2000, 10 percent were living in poverty in Colorado. By 2012, that had doubled to 20 percent.

National experts say that even though the child poverty rate fell in 2013, it will take years to reach pre-recession rates.

“At that rate of improvement in 2013 in poverty, we would need to wait until 2018 for it to fall to or below the 2007 level, and until 2020 for it to fall below the 2000 level,” said Robert Greenstein, president of the Center on Budget and Policy Priorities in Washington D.C. "That’s assuming there would be no recession in the interim to interrupt the progress."

The new Census data, which comes from the American Community Survey, indicate the drop was driven largely by more people working.  Median income among families with children rose. Colorado also continues to outpace many other states when it comes to job growth.

“That’s a couple months of grocery bills,” says Hughes. “That could be a month of child care.”

But she, like other economists, say the bump in median income needs to be compared to where it was before the recession. This economic recovery is taking much longer to reach poor families.

Unlike the recessions in the 1960s, 70s, and 80s, the benefits of the recoveries from the last few recessions are much slower to generate income gains of middle- and low-income Americans, says Jared Bernstein with the Center on Budget and Policy Priorities.

He points to the structure of the economy that’s made it harder for middle- and low-income families to benefit from overall growth.

“Global competition, technological change, barriers to education, de-unionization, financial and housing bubbles,  intractable recessions, followed by first jobless and then wage-less recoveries, the persistent absence of tight labor markets, all of these factors contribute to the growing disconnect between growth and economic well-being of most households,” Bernstein says.

New statistics show Denver had the sixth-highest poverty rate in the nation among cities – but it also has the eighth-highest median household income.

The Colorado Fiscal Institute says the state is on the brink of a situation where the top 20 percent of households will control nearly half of all income. The institute notes that in Colorado, the lowest quintile of wage earners pays 9 percent of their income in taxes, while the top 1 percent pays 4.5 percent.

Economists say that leads to a state of extremes. In the San Luis Valley, for example, more than a third of kids live in poverty.

Despite the welcome drop in the child poverty rate, child advocates  say more than 200,000 children still live in poverty.

Advocates would like to see changes in a number of state and federal policies such as reauthorizing the children’s health insurance program and beefing up the federal grants that give subsidies to low-income families to provide child care while they work.

They’d like to see Colorado pass an earned income tax credit for working families, and on the federal level, a bill to allow states to collect sales tax for online purchases. Some economic analysts say Colorado’s inability to levy taxes because of the Taxpayer's Bill of Rights is also hampering efforts to alleviate poverty.