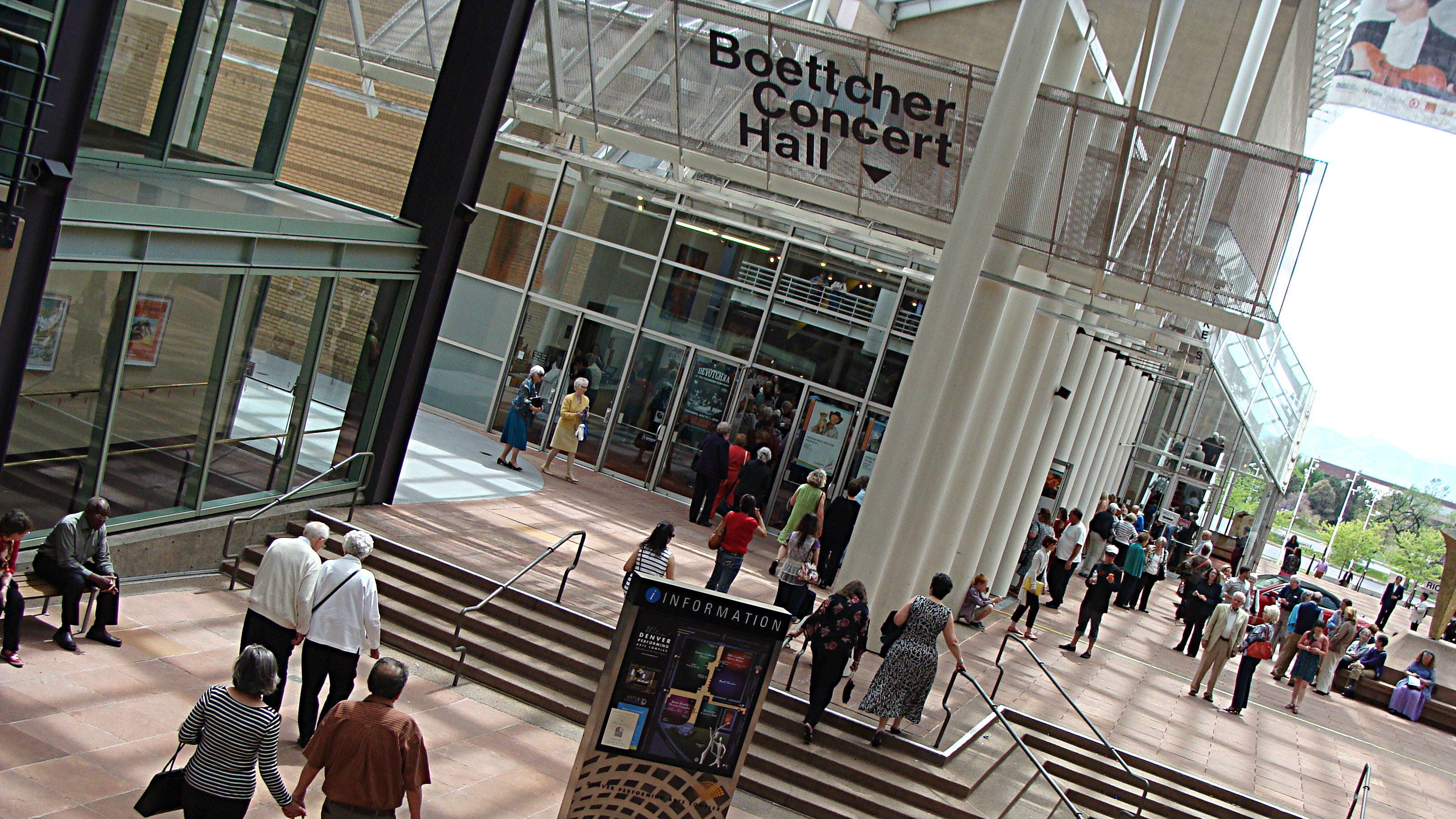 Symphony Board President CEO Jerome Kern was set to unveil conceptual designs for about $40 million in renovations -- a response to a city proposal to raze the 36-year-old building -- at a 1 p.m. news conference.

“We feel very strongly that Boettcher should be repurposed,” Kern told CPR earlier this week. “It’s an iconic building. It’s one of the very few symphony halls in the round in the world.”

Notably, the redesign concepts would keep the auditorium’s unusual round layout while flattening the floor of the hall, changing the ceiling’s shape and adding larger “reflective” surfaces near the stage to improve acoustics.

(Photo: Courtesy Colorado Symphony)“Most of the input we’ve gotten from focus groups that we ran this past summer is that people like the hall,” Kern told CPR. “They like the intimacy of the hall in the round, as opposed to being the normal shoebox theater.”

The proposal also calls for more seats near the stage and fewer seats far from the stage. (Scroll down for a slideshow of designs from the symphony.)

Kern said about $20 million in municipal bond money is available to help fund the improvements and the symphony could raise the other half of the estimated $40 million price tag.

“I do believe that it’s likely the best option given the money we have to spend versus what needs to be done to properly renovate the hall,” Rice said.

He added that the city was planning to host meetings about the best strategy for the future of Boettcher and the surrounding area.

The Symphony’s press conference announcement comes just hours before the orchestra kicks off its 2014-15 season.

Check back later today for more details on the Colorado Symphony’s plan, including reaction from Denver officials.

Build a Better Boettcher from ColoradoSymphony