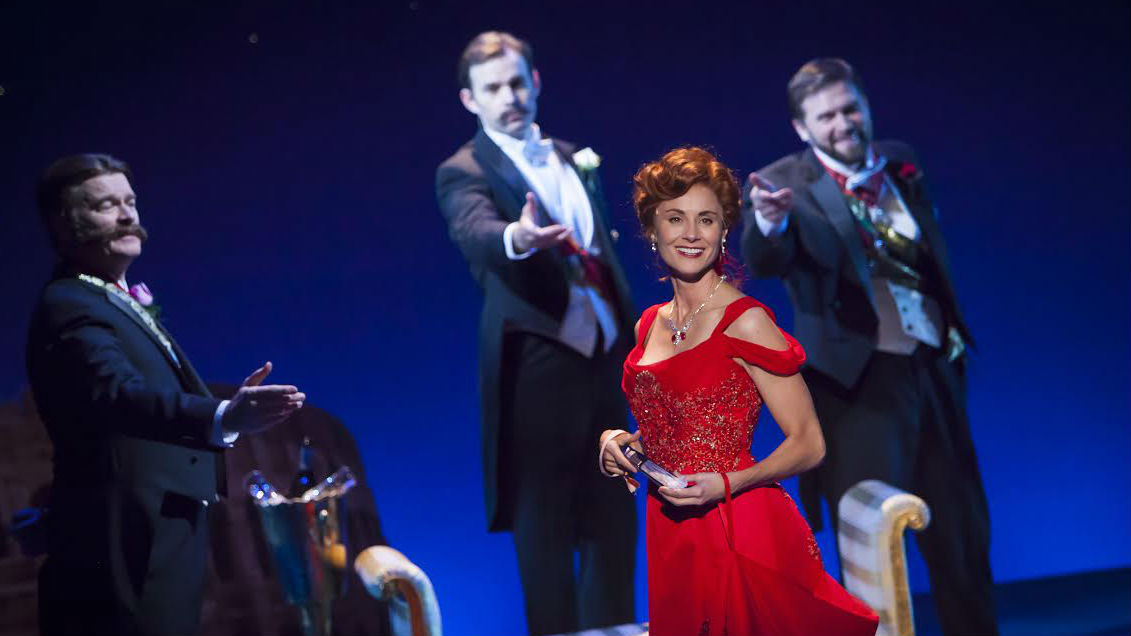 (Photo: Courtesy of Jennifer M. Koskinen)Song titles like “Beautiful People of Denver” and “Colorado, My Home,” as well as an array of historic characters, give the musical “The Unsinkable Molly Brown” a very Colorado feel.

It weaves together fact and fiction to recount the story of Denver socialite and philanthropist Margaret Brown.

The original work, with music and lyrics by Broadway composer Meredith Willson ("The Music Man"), had a successful run on Broadway from 1960 to 1962 and a film adaptation starring American actress Debbie Reynolds followed in 1964.

More than 50 years later, the reimagined “Unsinkable Molly Brown” will premiere in the city in which much of the show is set.

The musical opens Sept. 19 at the Denver Center for the Performing Arts (DCPA) in downtown.

Brown used her wealth and social status to promote humanitarian efforts throughout the city and abroad. She aided in establishing the Colorado chapter of the National American Women’s Suffrage Association and the Denver Woman’s Club, an education and human rights advocacy group. She also helped raise the funds to build St. Joseph’s Hospital in Denver.

Her Denver home, which she owned from 1894 until her death in 1932, has since been converted into a museum to commemorate her many contributions to the city.

The musical’s plot follows her from Leadville -- where she meets and weds silver miner J.J. Brown -- to Denver. It then explores her time overseas and her infamous voyage on the Titanic.

For the revival, DCPA brought in some of the top names currently working on Broadway, including Tony Award-winning director and choreographer Kathleen Marshall (“Anything Goes” on Broadway), music director Michael Rafter (“Violet”) and writer Dick Scanlan (“Thoroughly Modern Millie” on Broadway).

“I think we can safely say that this is the first time we have had this level of talent working on one production,” Thompson says.

Thompson chatted with CPR about the new production.

CPR: This project was workshopped at DCPA's 2009 New Play Summit, a platform for the development of new plays and musicals. Why did it take so long to bring it to the main stage?

Kent Thompson: It was all about timing. We knew this was a story that we wanted to tell. We needed time to put together the resources necessary for a production of this magnitude. We also had to find a time that both worked within our season and fit into the schedules of our busy creative team. 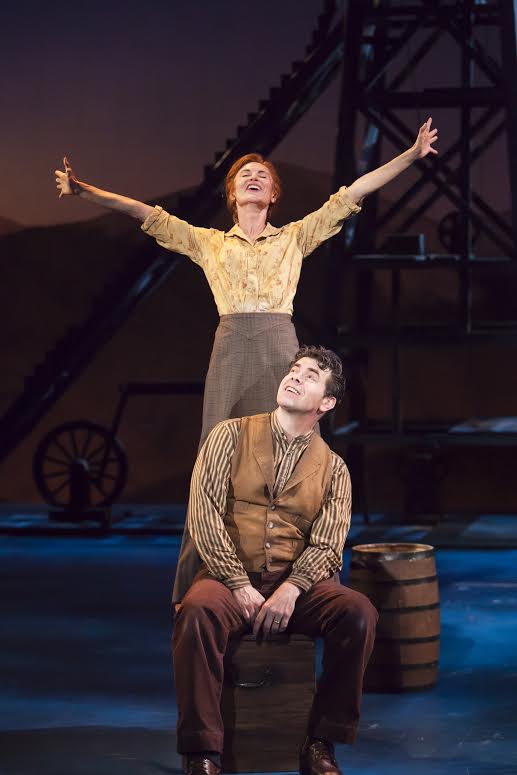 (Photo: Courtesy of Jennifer M. Koskinen)CPR: Most of the creative team comes from outside of the state. But Beth Malone, who plays the title role, is a Colorado native. Given the show's Colorado roots, how important was it to involve local actors in this production?

Kent Thompson: We have several actors involved in the show that have roots in Colorado. Beth Malone is originally from Castle Rock. Burke Moses, who plays J.J. Brown, got his start with the Denver Center Theatre Company (DCTC) in “Carousel” and also appeared in our production of “Cat on a Hot Tin Roof.” Patty Goble is a graduate of the University of Northern Colorado and an alumna of the Country Dinner Playhouse in Greenwood Village.  Linda Mugleston has appeared in multiple shows at the DCTC. And the costumes, wigs, lighting, props, furniture, scenic construction, scenic painting, sound and special effects used in “Unsinkable Molly Brown” were constructed and coordinated by our own production staff.

CPR: Considering the success of Meredith Willson’s score featured on Broadway in the 1960s, why rewrite the music book?

Kent Thompson: I think Dick Scanlan -- a Broadway librettist, writer and actor -- said it best: We are actually “unearthing treasures in Meredith Willson's previously unopened trunk of songs.” With this brand new book, we’ve set out to create a much more truthful portrayal of a Colorado icon. The score features seven songs from the original Broadway production with original Willson lyrics. Three more songs from the original stage show will appear with additional lyrics by Scanlan. Other songs will blend lyrics from the original Broadway production and lyrics written by Scanlan. What’s amazing is that many of these songs are authentic Meredith Willson songs that people have never heard before. We’re essentially giving the world a brand new Meredith Willson musical.

CPR: How is this show a more “truthful” portrayal of Margaret Brown?

Kent Thompson: Molly Brown was a woman who really managed her image, effectively acting as her own publicist. Much of the mythology that surrounds her was created by Molly and those close to her. The previous versions of this musical were heavily focused on that Molly Brown myth. This is still a dramatization -- not a docu-drama -- but in this version, you'll find a more complex Molly and a more accurate account of the events of her life. Dick Scanlan, who wrote the new book and additional lyrics for “The Unsinkable Molly Brown,” took his first trip to Colorado to begin researching for this production in June of 2007. He's visited Colorado multiple times and has spent quite a bit of time at both the Molly Brown House Museum and History Colorado with primary source documents. Dick was even able to read the letters that Molly and her husband J.J. wrote back and forth. The cast and crew also took a guided tour of Molly Brown House Museum and a trip to Leadville to get a glimpse into Brown’s actual life in Colorado.

CPR: Can you highlight some of the musical moments added to the new production?

Kent Thompson: One of my favorite moments from the show is a duet sung between Molly and J.J. during Act II called “I’d Like To Change Everything About You.” In its original form, it was a Meredith Willson song called “We’re Spending Our Honeymoon in Escrow.” The tune was not included in the 1960 Broadway musical. But we've added it back in with new lyrics by Dick Scanlan. With a “can’t live with ‘em, can’t live without ‘em,” tone, it’s an incredibly clever song with a wonderful melody and hook.