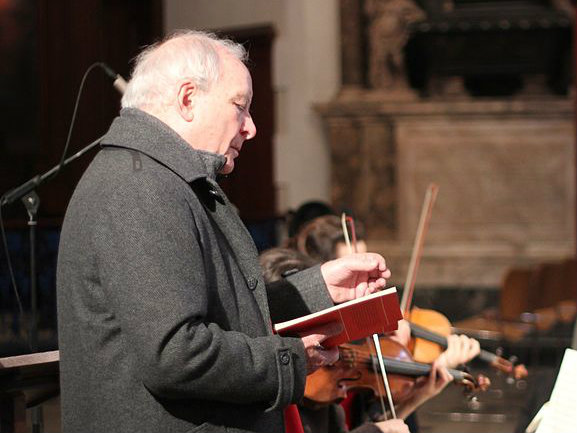 BBC News reports that Christopher Hogwood, one of classical music's most prominent conductors, has died:

Hogwood worked with many leading orchestras around the world and was considered one of the most influential exponents of the early-music movement.

The conductor founded the Academy of Ancient Music (AAM) in 1973 and directed the academy across six continents for some 30 years.

The AAM also made more than 200 CDs, including the first-ever complete cycle of Mozart symphonies on period instruments.

Among his most famous recordings include the 1980 version of Handel's Messiah with Emma Kirkby and James Bowman, which was named by BBC Music Magazine as one of the top 20 recordings of all time.

In its obituary, the Guardian observed:

He was also passionate about music of the 19th and 20th centuries, with a particular focus on the early Romantics and the neoclassical school, where he applied the same rigour and supreme musicianship to all his work, striving to discover and to recreate the composer’s intentions both in notation and performance.

Christopher Purvis, honorary president of the AAM, said: “Christopher had extraordinary generosity of spirit. He was a great ambassador for historically informed music, the movement of which he was a founder.”

“He made music and made friends with equal, infectious enthusiasm. He changed our lives,” added the AAM’s chairman, Terence Sinclair.

CPR Classical's music library has more recordings of his than of almost any other conductor. The loss to music is huge. He will be missed.