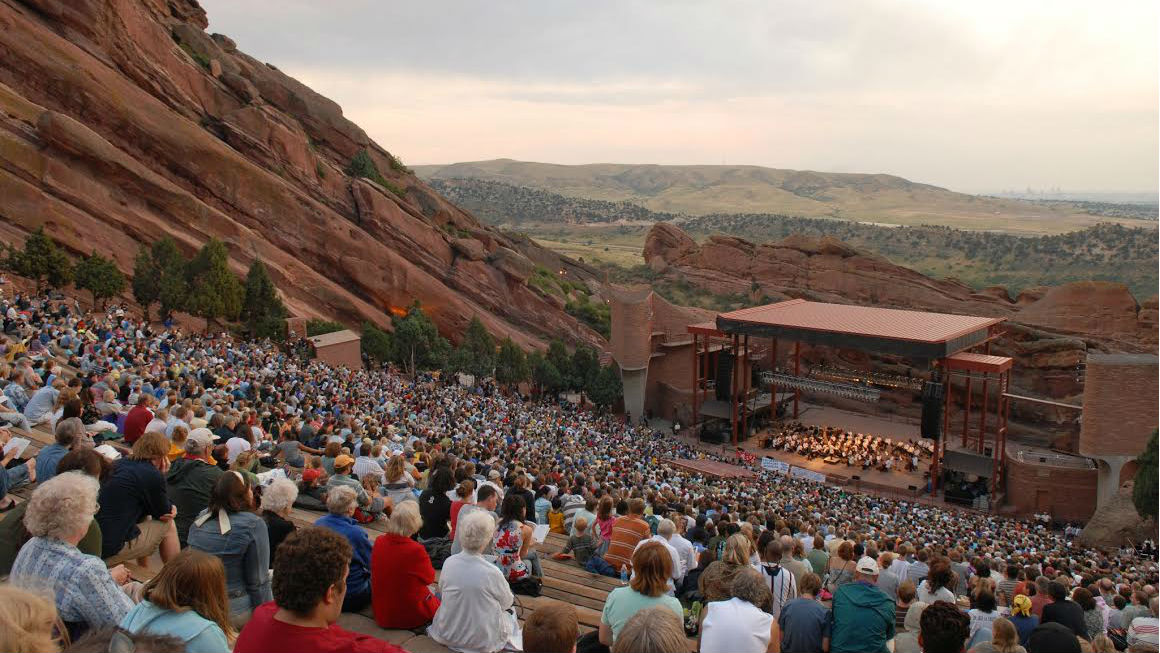 The famed outdoor venue near Denver attracts A-list musical acts and more than a million concertgoers each year.

“I definitely think it is a benchmark for a rock band,” Tom Hagerman, who plays accordion and violin in the Denver indie rock band Devotchka, says.

Devotchka has performed with the Colorado Symphony at Red Rocks for the past three summers. Hagerman writes the orchestral arrangements for the collaborations, and he says the acoustics at Red Rocks are not ideal.

But fans don’t necessarily care as much about the sound as they do about the setting, Hagerman adds.

“You go because it’s like this iconic venue,” Hagerman says.

But that also means overcoming some serious acoustical hurdles. For example, since there are no real walls, it’s hard to bounce sound back to the audience and musicians, Pierce says.

“When you’re playing outdoors, you don’t have any kind of a true shell structure that’s really supporting and providing directional support for the acoustic instruments,” Pierce says.

Another issue is the weather. Howling winds can distort the volume of the music, especially from the most exposed seats at the top of the amphitheater. The high altitude and steep rake of the seating present further challenges.

When the Colorado Symphony plays with a band at Red Rocks, it takes a crew of four or five onstage equipment managers plus two engineers to balance the sound of the band and the orchestra. Jay Anderson is one of the front-of-house engineers.

“Part of the unique thing about Red Rocks is it’s high altitude, so the air’s thinner,” Anderson says. “That affects sound waves traveling through the air, so you actually have to provide a little bit more power and umph.”

So the sound team uses around 80 onstage microphones -- each clipped onto an individual instrument -- and a state-of-the-art PA system.

The symphony also strategically arranges musicians so that sound from a loud rock instrument -- such as a kick drum -- doesn’t bleed through the microphone of another, such as a violin. For some concerts, the orchestra uses a plexiglas barrier around the string section to counteract this issue.

Yet it’s hard to know if all that effort matters to concertgoers. Colorado native Faith Kaulbach, 36, has been attending concerts at Red Rocks since she was a kid. 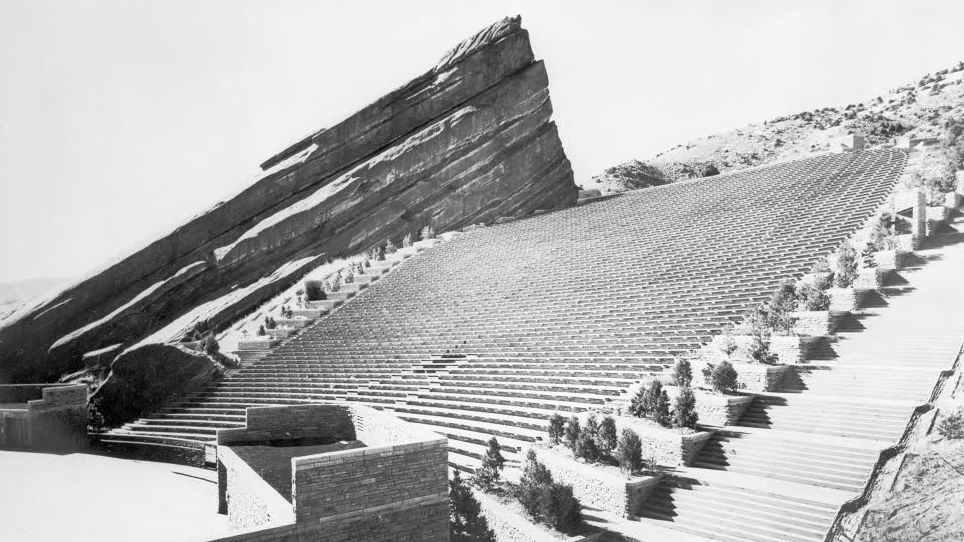 (Photo: Courtesy of the Colorado Historical Society)“This is unlike any venue I’ve ever seen before,” Kaulbach says. “I don’t know of another carved in the side of a mountain.”

And this is why Red Rocks is one of the biggest grossing performance spaces managed by the city of Denver. Last year, the venue brought in $20 million. This revenue helped fund maintenance to the amphitheater as well as other arts programs and performance spaces operating in Denver.

And while music purists -- like Devotchka’s Tom Hagerman -- may still prefer to hear orchestral instruments indoors, there’s no denying the overall appeal of Red Rocks.

The Colorado Symphony sold out its three Red Rocks gigs this summer -- the most to date for the orchestra at the venue. And while it has yet to announce dates or guest artists, the ensemble intends to return to the amphitheatre next year.