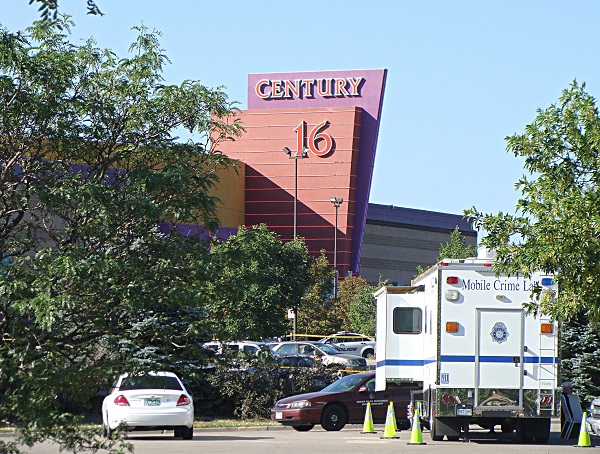 The report, commissioned by the city and carried out by TriData, concluded that the "outcome could not have been better in terms of lives saved and a rapid arrest."

"While there are things to improve, as is always found in hindsight, the City of Aurora should be proud of its response to the largest civilian shooting in U.S. history, and the largest mass casualty incident in Aurora’s history," the report states.

It says medics trying to get to the severely wounded were stopped by movie-goers rushing out of the theater, and first responders lacked a coordinated effort to transport them to hospitals.

TriData, which has reviewed responses to other shootings at Columbine and Virginia Tech, offered more than 80 recommendations to the city in handling future incidents.

Unified or Single Overall Command – Police and fire officials did not establish a unified (joint) command nor a single overall commander until late in the first hour of the incident. Having a unified command might have resolved police-fire communications issues regarding getting ambulances in closer to victims, and clarifying the level of risk to fire/EMS personnel. This is not to imply that response actions in the first minutes should have been held upuntil a joint command was established; any such delay could have negatively affected the outcome.

Fire Department Incident Command – For the most critical period of the incident, an acting battalion chief was fire incident commander, without support from other chief officers. As a result, fire incident command was initially overwhelmed due to patient volume and
geographical scope of the incident. Within the Incident Command System, an overall incident transportation coordinator was not appointed which might have alleviated some of the patient transportation problems.

First Responder Relief – Exhausted first responders who served during the theater and Paris Street responses were pushed to the limit by being required to serve as security for the Prayer Vigil and Presidential Visit. They could have been rotated out, using more officers from surrounding jurisdictions.

Many, it notes, the city has already implemented.
Aurora had fought to the keep the report private until after the trial of defendant James Holmes. He's accused of shooting and killing 12 people at the Century 16 Theater and wounding 58 more on July 20, 2012. His trial will begin later this year.
The Associated Press contributed to this report.