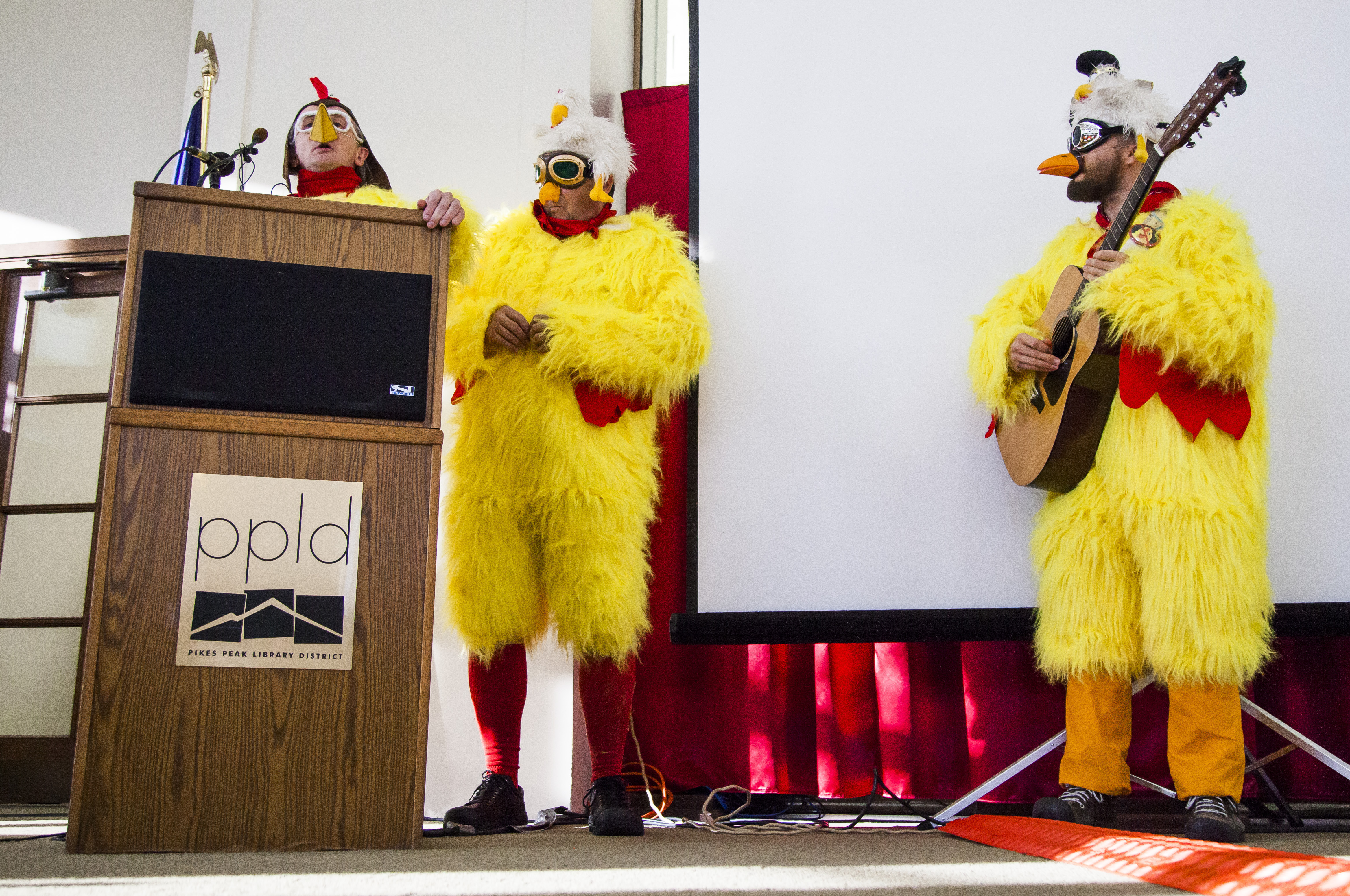 (Photo: Courtesy of Stacie Scott, The Gazette)Candidate debates have often been tense and prickly this campaign season, but only one of them so far has featured a man in a chicken suit at the lecturn.

The stunt was meant to highlight incumbent Republican Doug Lamborn's refusal to debate Halter. The Lamborn campaign has accused Halter of unfair attacks and said in an email to the Colorado Springs Gazette that it would not give the Democrat a platform "to spread his deceptive rhetoric and uncivil tone." 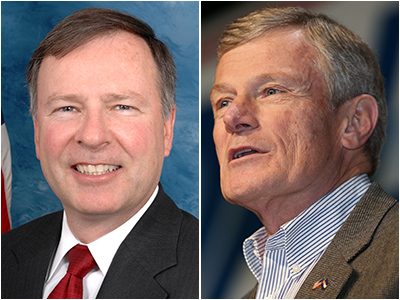 (Photo: Courtesy U.S. House of Representatives; AP Photo)The chicken debate episode is only the latest twist in an unusually active race for Colorado's safest Congressional seat. Republican voters hold a 2-to-1 advantage over Democrats in the El Paso County-centered district. So far Halter, with his strong ties to the region's military and business communities, has outpaced Lamborn in fundraising, although the incument is still strongly favored to prevail. This is only the latest tough race for Lamborn, who has also faced stiff primary challenges in recent years.

CPR News spoke with Colorado Springs Gazette reporter Megan Schrader about the race. Click the audio player above to hear Schrader's analysis of the race.