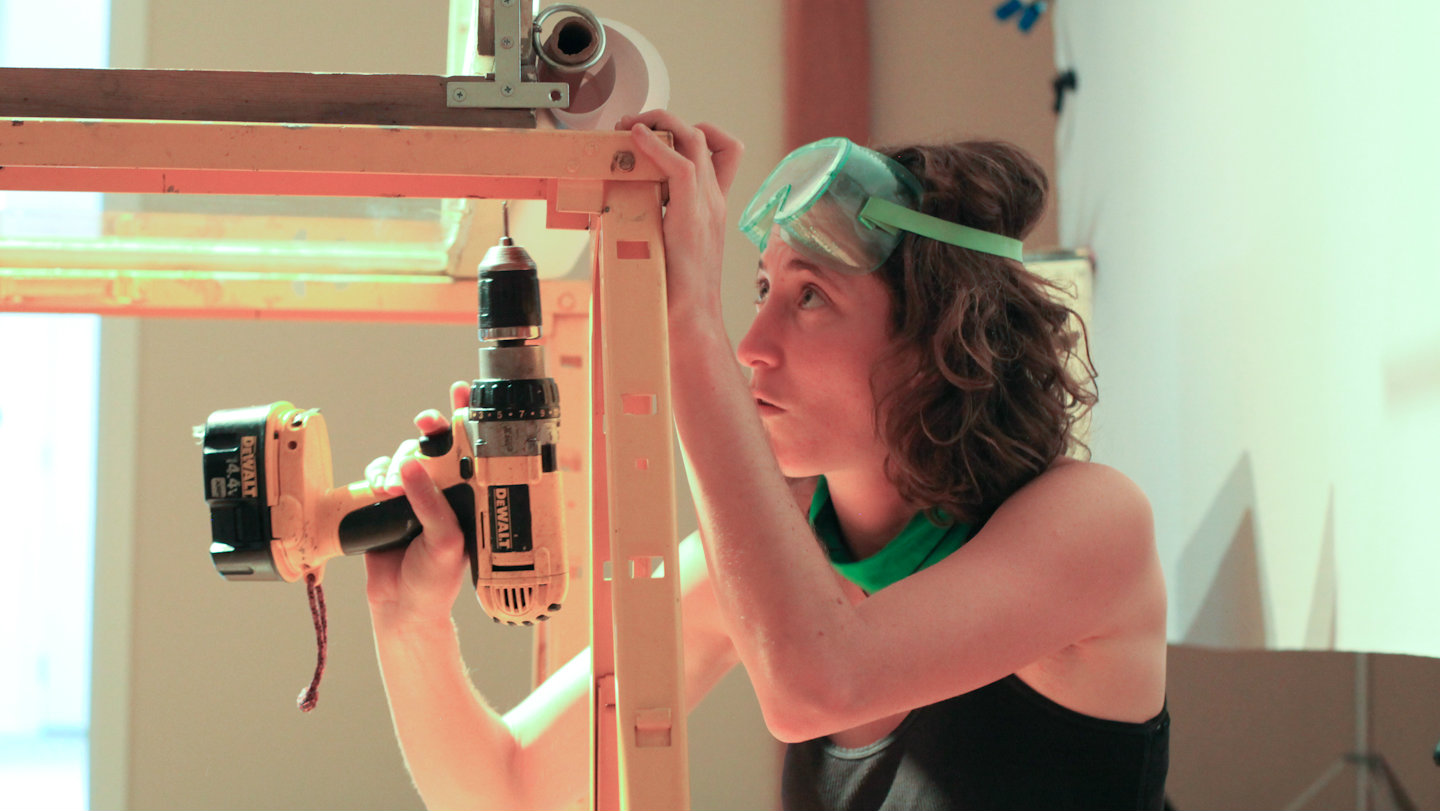 "I appreciate the integrity of this single continuous shot music video. It is playful and well-timed, though I would have loved to have seen an increasingly challenging way of conveying the lyrics visually as the song progressed. The piece as a whole is effective. Plus family bands rule, especially four sisters strong!"

"Such a pleasure to see a finely coordinated beautiful parade/second line of many familiar Denver musicians down this alley. The video's concept is very well executed and keeps you guessing, and moves well with the dynamic changes of the song.
"Not only that, but it feels like it conveys some meaning that is clear, in the midst of confusion and contradiction, without bludgeoning an audience over the head with a message.  It simultaneously provides enough structure and leaves enough open for interpretation. I'm into it."
ANIMATED:

Fierce Bad Rabbit - “Do You Want Me Now?”

"Super fun to hear this song from such fine Fort Collins friends! Dovekins bandmate, Max Barcelow, continues to drum forth contagious beats.
"At the risk of being too particular, I do have to say that the animation aesthetic is not one to which I am immediately drawn. My personal taste definitively leans more toward the hand-made and the palpably textured, and the compositing method used in this video leaves me longing for something that feels more real than computer-generated.
"The decision to composite layers is something I struggle with in my own work, as it sometimes seems to be the only foreseeable/reasonable way to achieve the magical idea you may envision; but, it always feels like a bit of an aesthetic trade-off, as it is near impossible to composite and make layers feel like they sit together just right.
"However, not all projects warrant the time and other resources it takes to make things from scratch or by hand. That said, the psychedelic places to which this video follows the lyrics show the viewer a truly far-out interpretation of the heartache within the song, and make this catchy-song ring out in unexpected ways."

"Having been exposed to a bit of background around the making of this musical short-film project, I've learned that our lovely friend Ian Cooke helped curate some of the nature-scapes, using real plant-life and organic matter in the process.
"Though this animated music video does not employ my first choice of animating techniques, the presence of more textured material, some beautifully-paid cinematic attention to depth, and a feeling of weight all help my heart get behind the gorgeous story that the song and video tell together so well. Indeed a compelling and inspired story that Cooke narrates. I can't actually imagine how this rad team of film-makers pulled off some of those colorful and explosive special effects!
"Additionally, the construction of wings for a bird to use in flight is a wonderfully sympathetic image with my video for 'Humpty Dumpty.'
"'Humpty Dumpty' is a song that I wrote many years ago that was based on Ian Cooke's invented word, "Vassoon." A vassoon, according to Cooke, is an injury that is beneficial. In my video drawing on this word, a bird with a broken wing (who is actually Humpty Dumpty reincarnate) builds a paper airplane to use for flight when his own wings won't serve the purpose!"