Mixed media artist Judy Chicago is widely credited as being the mother of the feminist art movement in the United States, devoting much of her career to exploring what it means to be female and to be a female artist.

Chicago established the first feminist art program in the country at Fresno State University in California in 1970 and has written more than a dozen books about art history and feminism.

In July, Chicago turned 75 and art institutions around the globe organized events to mark her milestone birthday.

Unlike most other art shows devoted to the artist’s work, Redline’s “Surveying Judy Chicago: 1970 - 2014” takes in the entire five-decade span of Chicago’s career and the breadth of her creative output.

Among the artworks on display are Chicago's “Plate Line Studies.”

The collection of drawings form the basis for Chicago’s monumental 1979 work “The Dinner Party.” The large-scale installation is widely viewed as one of the most iconic pieces of feminist art ever created -- as well as the artist’s magnum opus. “The Dinner Party” is permanently housed in New York at the Brooklyn Museum of Art.

The sheer size of “The Dinner Party” is striking.

The enormous, mixed-media installation stretches 42 feet long and is 48 feet deep. It consists of three narrow tables configured into the shape of a triangle and adorned with white linens and a 39-place dinner setting. Each setting features intricately decorated plates, silverware and other trappings of a formal dinner party to represent prominent historical and mythological female figures.

Chicago says this juxtaposition of grandness and delicateness is intentional.

“There are not very many major museums you can walk into and see a major work and know it was done by a woman,” Chicago says. “This is indisputable when you walk into the ‘Dinner Party.’”

But “The Dinner Party” represents only a fraction of Chicago’s artistic scope.

Beyond china painting and fiber craft, the renowned artist has worked in a variety of mediums during her 50-year career, including many that may be viewed as “macho” or “masculine” disciplines like pyrotechnics and auto-body painting.

In the 1960s, Chicago went to auto-body school to learn airbrushing. She was the sole female in a class of around 250 students.

She also apprenticed with a pyrotechnics company in the early 70s. And, more than 40 years later, the artist produced three fireworks shows. The first one took place in Pomona, California over a college football field in 2012. Chicago mounted two more shows this summer in Brooklyn and Oakland.

Chicago says she has never let gender dictate how her pursues her art.

While there will be no fireworks at the RedLine exhibition, the show celebrates Chicago’s breadth of vision and skill, from the hexagonal airbrushed forms of her early “Pasadena Lifesavers” series, to more recent bronze and glass sculptures of heads and hands. 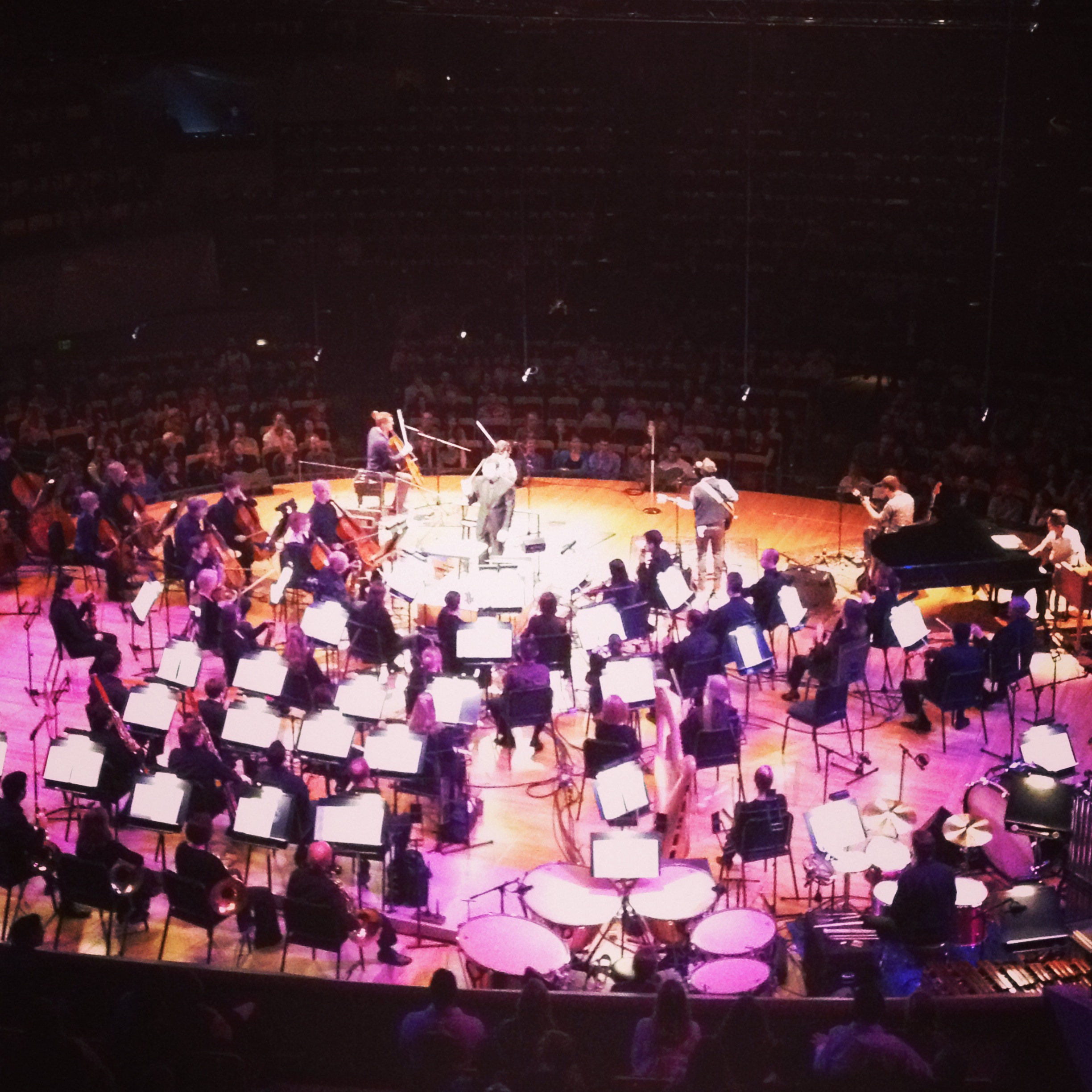 (Photo: CPR/Stephanie Wolf)CPR arts editor Chloe Veltman caught up with Chicago last week while she was in town for the opening at RedLine. The artist spoke about her influences, process and views on arts education.

Here’s a preview of the interview:

CPR: Suddenly there are all these exhibitions and -- even though you’ve been exhibiting your work throughout your career -- people are starting to realize there’s so much more to Judy Chicago than “The Dinner Party.” Do you think “The Dinner Party” overshadowed the rest of your art, or are there other reasons why people didn’t know about this other work you were doing?

Judy Chicago: A million people saw “The Dinner Party” as it traveled around the world. Since it has been housed at the Brooklyn Museum’s Sackler Center for Feminist Art, “The Dinner Party” accounts for 20 percent of the museum’s traffic. That means, in seven years, 700,000 people have seen “The Dinner Party.” And there’s a lot of writing about it. So, on one hand, it’s simply so visible. But I went to a Morris Louis show in Santa Fe -- he was a stain painter famous for these paintings called “The Veils.” I looked at the wall text and “The Veils” were created in two years of his career, but that’s all we know about his work. So I’m not the only artist that has happened to.

CPR: Some of your early work on display at RedLine are images from the “Pasadena Lifesavers” series. What do these images say about your views about yourself and femininity more generally?

Judy Chicago: I did “Pasadena Lifesavers” 1969 to 1970. Then I was very involved in exploring color and how color could create emotive states. They represent a transition between my abstract, minimal early work, which I was trying to fuse with my developing consciousness of wanting to create a feminist art practice, wanting to be able to be myself as a woman artist at a time that it was unthinkable and unacceptable. Through the 60s, the guys used to tell me all the time, “You can’t be a woman and an artist too.” Well, I set out to be both a woman and an artist.