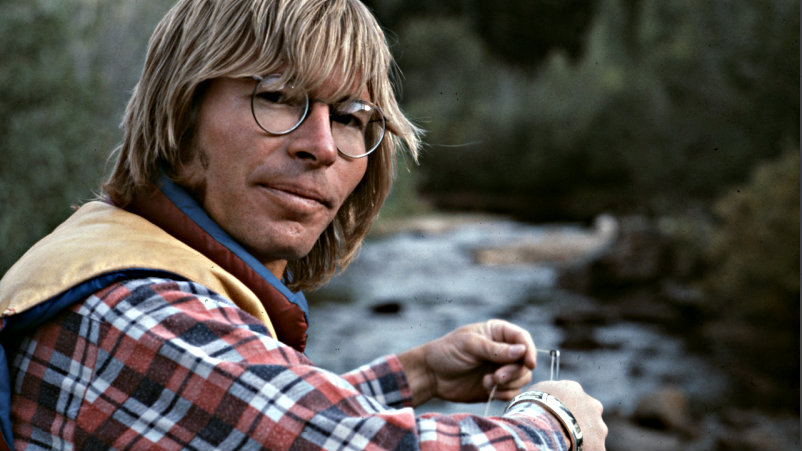 (Photo: Courtesy of Jordan Campbell)Colorado icon John Denver will posthumously receive the 2,531st star on the Hollywood Walk of Fame in Los Angeles on Friday.

“He was an iconic performer for many years and very loved,” Hollywood Walk of Fame vice president of media relations Ana Martinez says. “To be quite honest, we’ve been waiting for this for a long time. We’re happy that we’re finally able to pay tribute to him.”

Two of Denver’s three children, Zak Deutschendorf and Jesse Belle Denver, will accept the honor on behalf of the family.

Denver joins the likes of Miles Davis, David Bowie and the Beach Boys in receiving the honor in the category of recording. His star will appear next to artists like jazz composer Dizzy Gillespie and guitarist Ray Parker, Jr.

In a career spanning more than 30 years, Denver touched millions of people with his folk-based pop songs, reaching superstar status in the 1970s.

His hit “Rocky Mountain High” later became Colorado’s second official state song. He was just 53 years old when he died in a plane crash in California in 1997.

Born Henry John Deutschendorf Jr., in Roswell, New Mexico, the artist fell in love with Colorado and eventually settled in Aspen. More than a few people beat a path to Colorado after hearing Denver’s popular anthem to his adopted state.

Denver’s star will be located at 7065 Hollywood Boulevard.

The Walk Of Fame will stream the ceremony, which starts at 12:30 p.m. MDT and will include an acoustic performance of Denver’s “Annie’s Song” by Minnesota band Trampled by Turtles.

The event coincides with the opening of a monthlong exhibition that will show more than 40 of Denver’s photographs at the Substrate Gallery in Hollywood for the first time.

Denver’s Leon Gallery worked with the family estate to curate its own version of the show “Sweet, Sweet Life: The Photographic Works of John Denver” earlier this year.

Colorado photographer John Fielder will also host a John Denver Tribute for Wilderness event at the Buell Theatre in Denver on Saturday, Oct. 25.