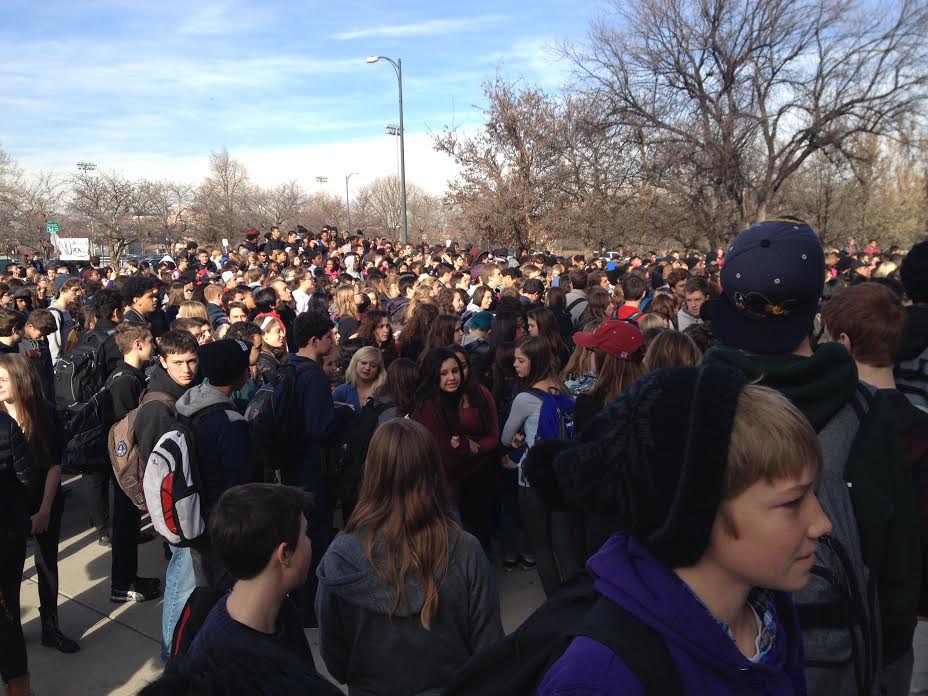 Hundreds of East High School students walked out of class and marched peacefully down Colfax Avenue in Denver Wednesday in protest of the shooting this summer in Ferguson, Missouri.

"We’re here to support young black men who have been killed by officers," said senior Hali Morgan. "We’re tired of not having anything done about it, because black lives matter."

The students gathered to read off the names of  young people who have died at the hands of police in the past year. They then marched downtown, shouting, “hands up, don’t shoot.”

High school walk outs are taking place across the country Wednesday, one week after a grand jury cleared police officer Darren Wilson of any charges in Brown's death.

"We try and let the older society know that we do care, we are listening, we’re aware of what’s going on, and we’re going to stand up for what we believe in," said junior Darrian Peterson.

Students spread the word through social and posters around the schools. In a letter, Principal Andy Mendelsberg encouraged parents to have conversations with students about the walk-out.

"It’s important for our students to join these critical community conversations, and they have demonstrated their engagement in these important issues by interjecting their voices in thoughtful and peaceful means," he wrote. 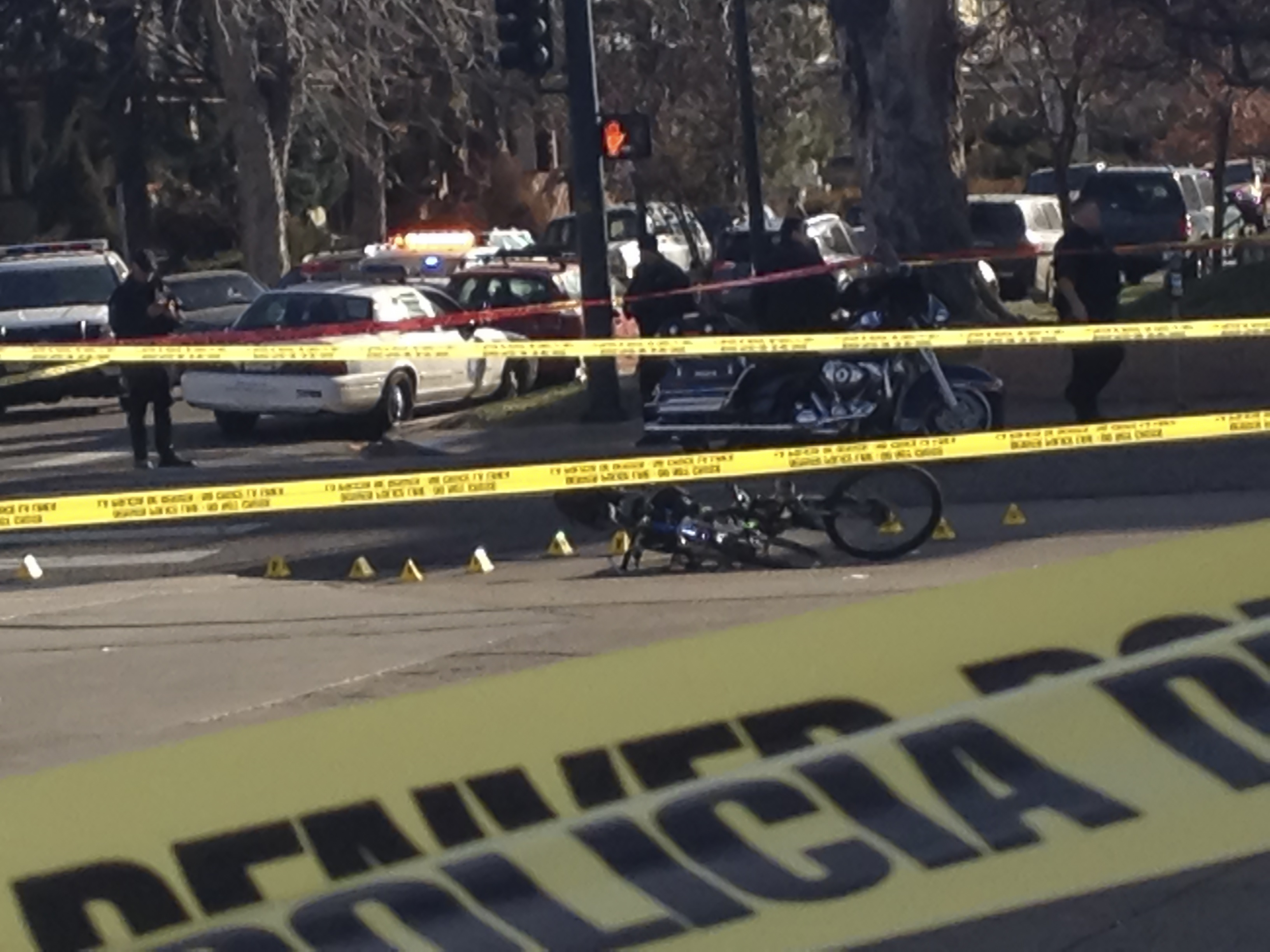 Four Denver police officers on bicycles along the march route were injured when they were hit by a car that police say was not related to the protest.  Three of the officers have been released from hospital.

"I’m thankful that three of the four officers are going to be fine, none of the demonstrators were injured, and would ask that everyone keep their thoughts and prayers for the fourth officer who’s in critical condition," said Denver Police Chief Robert White.

The driver was also taken to the hospital. ​Police say the driver had a medical problem and lost control.