Half of Colorado’s drilling rigs have gone idle since the end of October, part of a decline in the state's oil economy growth that's directly tied to the drop in oil prices. Nowhere is this downturn more visible than just east of Greeley.

Right off U.S. Highway 34 between Greeley and Kersey, about a half-dozen rigs sit disassembled in a dirt lot as rig owners wait for oil prices to rebound. Workers associated with the rigs have been laid off, or shipped out of state to work at other locations.

“A lot of these guys, they got laid off two weeks ago.  They’re already grabbing at straws, don’t have any money,” said Scott Peterson, an employee with Western Equipment & Truck Inc. of Greeley, which owns the property where the drilling rigs lay idle.

For Peterson, the dramatic change brings to mind a familiar saying he calls the oil driller’s prayer:

"God, may I make it through one more oil boom. I promise not to piss it all away this time."

So far in Colorado, layoffs haven’t yet led to a higher unemployment rate in the oil and gas sector. In fact, unemployment is at its lowest rate in seven years. But in Weld County, where more than 80 percent of the state's oil is pumped, there’s plenty of economic anxiety.

Take hotels, for example. Six months ago, demand for rooms at Greeley hotels was so high visitors sometimes couldn’t find a place to stay. If they were lucky enough to get one, it could cost more than $100 a night. Greeley Fairfield Inn Manager Brian Van Buskirk says January business held steady, but for all the wrong reasons. 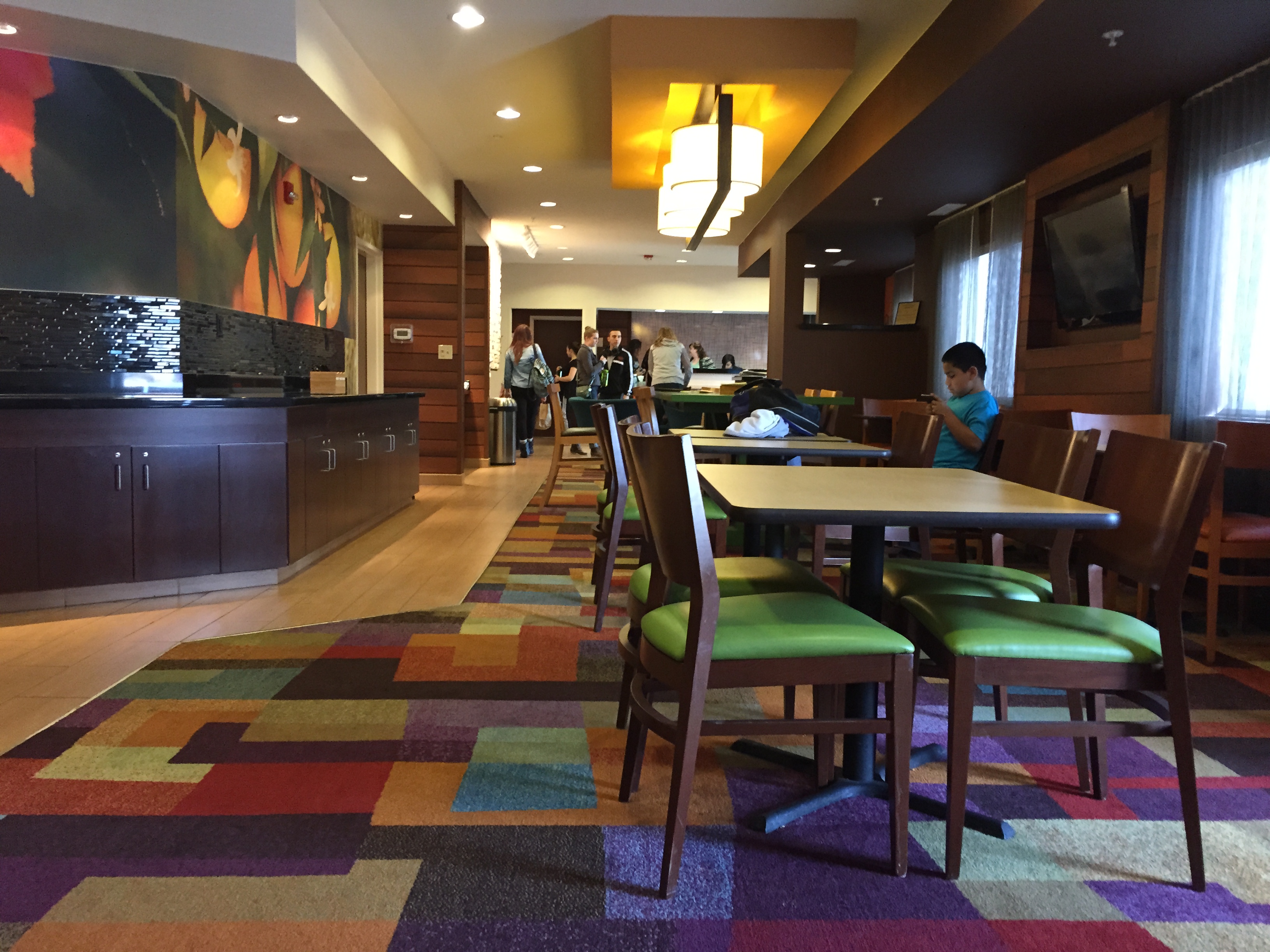 Last month business declined by just 2 percent. But Van Buskirk is worried the situation will get worse. He said one large oil company has closed an ongoing agreement it had with his hotel worth more than $300,000 last year alone.

Down the road in LaSalle, Travis Drinkwine, general manager of Warehouse Supply, said he started to see a slowdown in February.

“We didn’t see a big dropoff in customer activity necessarily. What we saw is people spending less money,” he said.

Instead of oil field workers grabbing four or five things they didn’t necessarily have to have, Drinkwine said workers now buy two of three items they absolutely need--anything from toilet paper to technical tools for working on a well pad.

Like many local businesses, Drinkwine said he watches the price of oil closely, which is now hovering between $45 and $50 per barrel--down from $100 last summer. He struggles with how to read the tea leaves. Will oil continue to decrease in value? Or will it come roaring back?

“You can drive yourself crazy on the Internet reading different articles -- you can support either opinion, it seems like,” said Drinkwine.

If the low price of oil is giving business owners headaches, try planning a county budget with $30 million less in revenue. That’s the challenge that Weld County Budget Director Don Warden will face if oil prices continue to hover around $50 per barrel.

"Things don’t always stay good. And you need to be realistic and have a contingency plan if things change. So we have done that,” Warden said.

There is a two-year lag between when oil is pumped and when Weld County gets industry property taxes from the well. It's a prime source of revenue for the county, and one key to surviving the downturn is to stash revenue away in the county's rainy day fund when times are flush. Much of the oil and gas money the county receives is saved for capital projects and one-time expenditures.

The most prominent capital spending example is along County Road 49, where Weld is investing $100 million to repave and widen CR 49. It’s the north-south superhighway through some of the county’s richest oil fields.

Elsewhere in the county, other infrastructure projects are moving forward like oil pipelines.

Anadarko Petroleum, one of the state’s largest producers, recently bought into a project that will pump oil from Colorado’s fields to storage tanks in Oklahoma. Anadarko Vice President of Colorado Operations Craig Walters said his company will continue to invest what resources they do have in the Wattenberg field northeast of Denver.

“The field’s built-out infrastructure makes it more affordable and attractive compared to places like North Dakota,” said Walters. “Any free dollar that comes available is going to come to Colorado and we will put that to work in the Wattenberg.”

Other oil companies are also concentrating their resources in Colorado—even though less spending is projected overall for 2015.

In terms of layoffs, Walters said Anadarko has no intentions of reducing its workforce now.

“That’s one of the last levers that we want to pull,” said Walters.

How is the flagging oil industry affecting you? Let us know via our Public Insight Network.