Kids don’t pull any punches when it comes to talking about climate change.

“My children probably will not see a rainforest or a polar bear,” says seventh grade student Skyler Bernard, who attends Mackintosh Academy, a private school in Littleton. “To me that’s just depressing and horrible, so anything we can do to make our Earth better is worth doing at this rate.”

A school project last year provided the perfect avenue for them to do something tangible: Bernard and a group of fellow sixth graders helped keep 40,000 pounds of coal a year from being burned into -- and warming -- the atmosphere.

Mackintosh is a pre-K through eighth grade International Baccalaureate school that stresses creativity and innovation. Part of the requirements are that all sixth-graders must do an “exhibition project.” That means doing something purposeful or meaningful to apply what they’ve learned.

They heard about the State Farm Youth Advisory Board’s service learning grant, worth up to $100,000, and pretty soon "we were just brainstorming. What do we really want to write this grant about?” said student Sydney Gelman.

They began researching climate change and all its wide-reaching impacts.

“I had known that our Earth, it’s almost in ruins, and until we really started researching, that’s when it totally hit me: We really have to do something. We can’t ignore this any longer,” Bernard said.

No dwelling on obstacles

They settled on solar panels.

“We didn’t think we could put solar panels in every single person’s house or on every building but we knew that if we put it on our school and we got the word around, then other schools would do it and homes would do it, and if though it’s just one school, just one small school, it could change the community, even change the state for the better,” Gelman said. 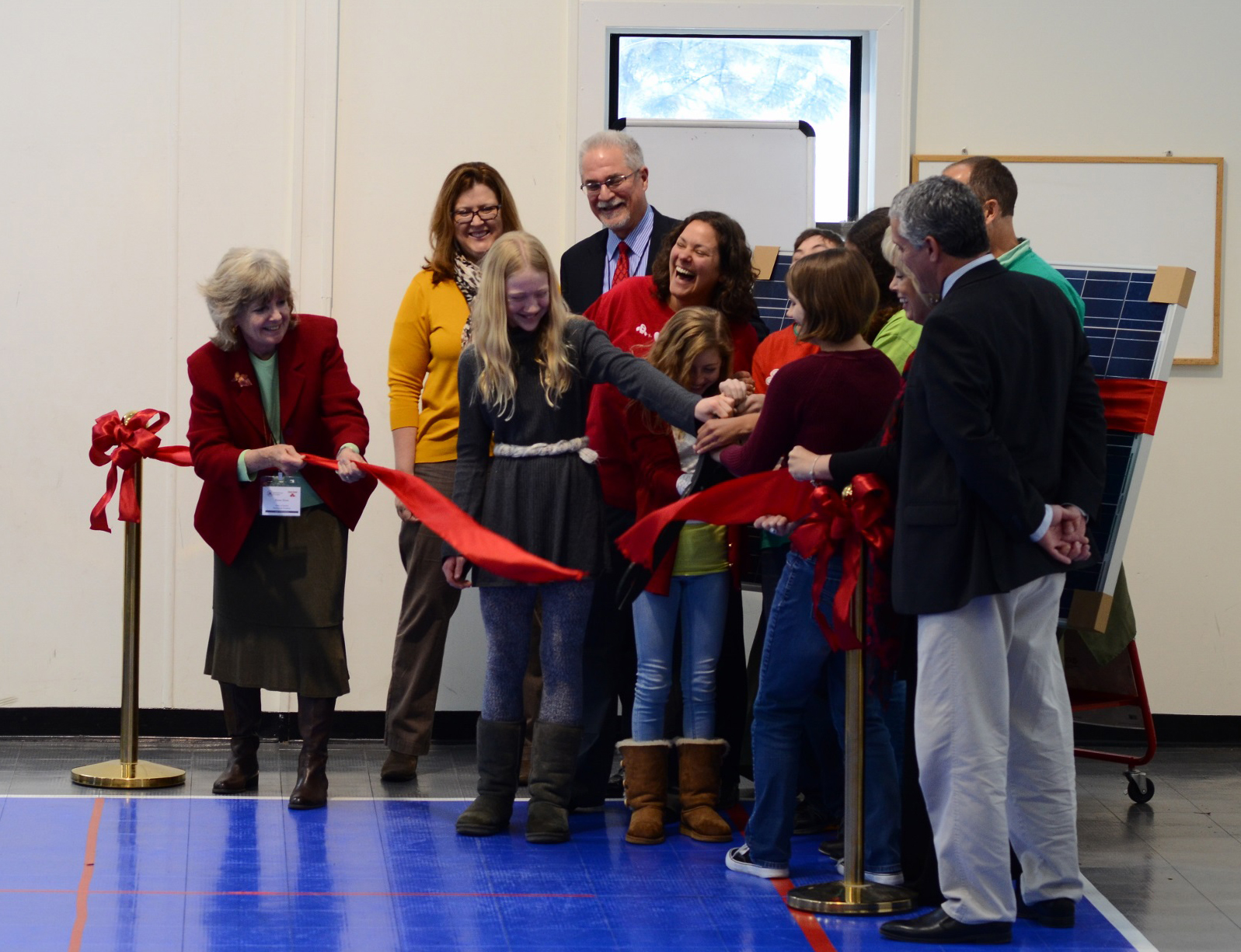 (Courtesy Greg Ashworth)The six students researched and wrote a detailed grant application, never once thinking about what would happen if they didn't get it. That’s typical of youth -- they don’t dwell on obstacles. Bernard says the kids decided to stay positive and say “that we would get the grant instead of if we get the grant like our teachers told us we should."

They all agree, it was a massive amount of work.

“The hardest part for me was having to work on it in addition to all the school work we have,” said Nicholas Booth.

Several months later, the students learned they’d won a $96,000 grant.  After celebrating, they got back to work.  Over the next several months, Bella Energy installed 97 solar panels on three school buildings.

On Thursday, the school hosted a celebratory ribbon-cutting, complete with a sing-along of sun-themed songs including "Here Comes the Sun," "Walking on Sunshine," and "Let the Sunshine In."

'The planet that’s been entrusted to us'

Once Xcel Energy installs something called a net meter, which measures the amount of power the solar array generates, “then [the school] will get credited for the electricity that the school produces,” said Nick Perugini of Bella Energy. Excess energy the school traps will be fed back into the system, giving the school credit. The panels will cut the school's energy bills by up to 70 percent, and the school anticipates saving more than $200,000 over 30 years.

There are no hard figures on how many schools across the country get the majority of their power from solar energy, but the Solar Energy Industries Association says that 3,752 K-12 schools out of 125,549 have their own solar power to one degree or another, so Mackintosh is in the vanguard.

The kids are mostly excited about something else: significantly lowering the school’s carbon footprint. An estimated 40,000 pounds of coal a year will stay in the ground each year because of their work, which helps dull their frustration at the state in which the planet is being left to their generation.

“It just really disappoints me,” said Gelman. “We have this beautiful planet and it has nature and everything that we could ever need and we take the decision to kind of put it to bad use and we aren’t respecting it like it should be respected and I think that’s just really aggravating.”

Another student, Delia Guilbert, said she wanted to avoid pushing off the responsibility to someone else. 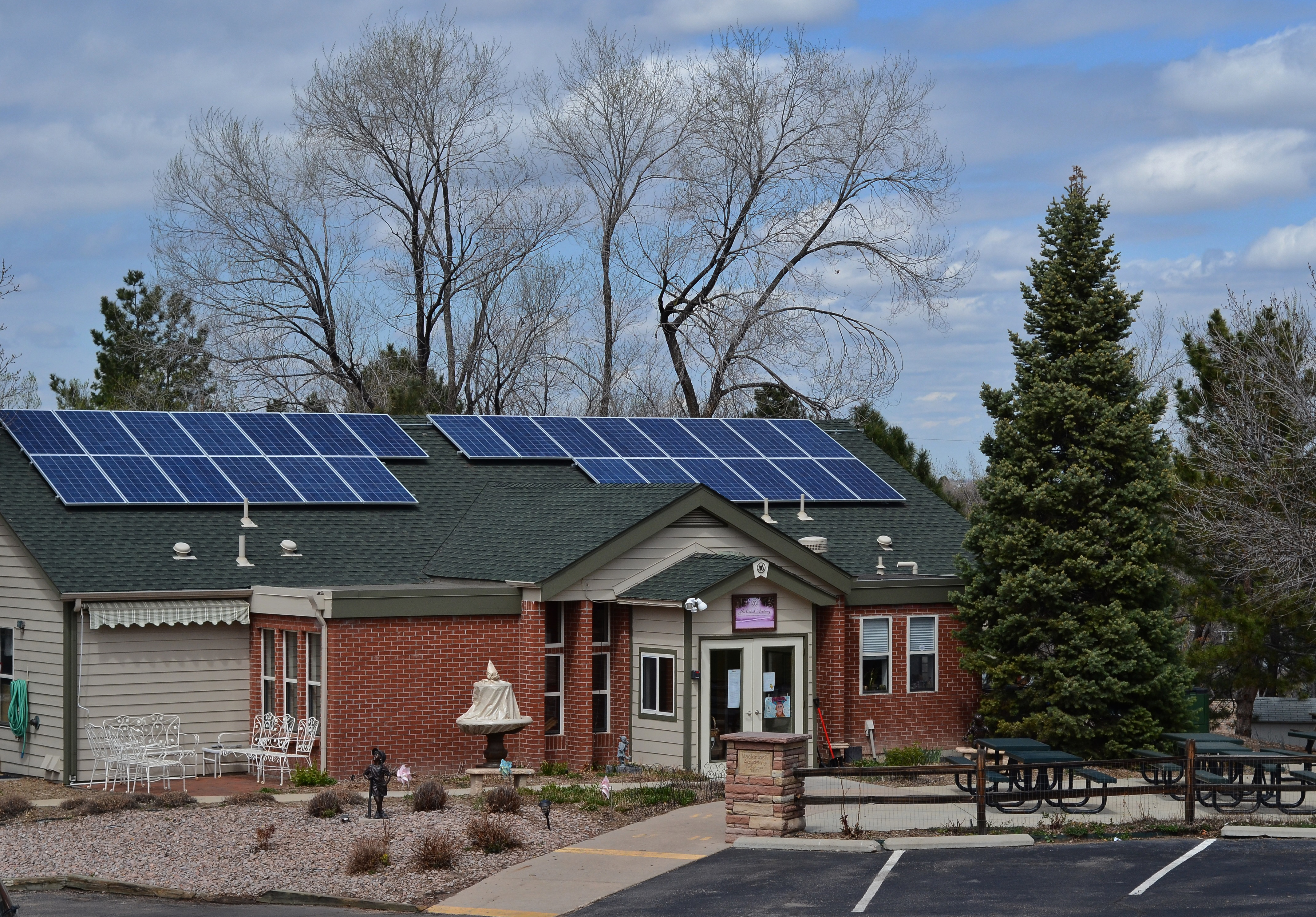 (Courtesy Greg Ashworth) “We’re going to be on here for the next 80, 90, even 100 years so it’s something we have to take control of so we can live and we can appreciate the planet that’s been entrusted to us as opposed to just leaving it to the next generation like some of the members of the previous generation, no offense, have kind of done to us," Guilbert said.

Skyler Bernard doesn't hold back as she reflects on why there isn't a solution to climate change.

“We have the technology, we have the money," she said. "Not to offend anyone here, it's because we’re lazy and because we’re cheap and it’s work to fix the problems that we have created,” she says.

Another student, Allie O’Brien, has a slightly different take.

Just like they did. And the work doesn’t stop with the solar panels. The savings from migrating to solar will also help fund tuition assistance and scholarships at Mackintosh. And next year as eighth graders, the group will create a curriculum on solar energy that they hope to share with other schools.