When James Holmes stormed an Aurora theater in July 2012 and began firing into the crowd, Alex Teves made a split-second decision to shield his girlfriend.

“He had to make a choice to save his girlfriend and die, or let her die,” said his father, Tom Teves. “That’s not a choice you should have to make at a movie.”

Alex was killed, his girlfriend lived. The 24-year old had just completed his master's degree in counseling psychology.

Tom said he thinks about Alex constantly, “And on a good night I don’t wake up at 3 o’clock in the morning, doubled over in pain that I’m never going to see my son again.”

The trial of the gunman begins with opening statements Monday, nearly three years since Holmes killed 12 people and injured 70 at a midnight premier of the The Dark Knight Rises. His legal team admits he was behind the massacre. The key questions are: Was he insane, and should he be put to death?

Tom and his wife Caren live in Phoenix and plan to travel to Colorado to be in court as often as they can. Like many families they are frustrated by the slow pace of the trial.

“Part of the travesty of this taking so long is the people that are allowed to moved forward, that can move forward, are going to be right back to that day,” said Caren. 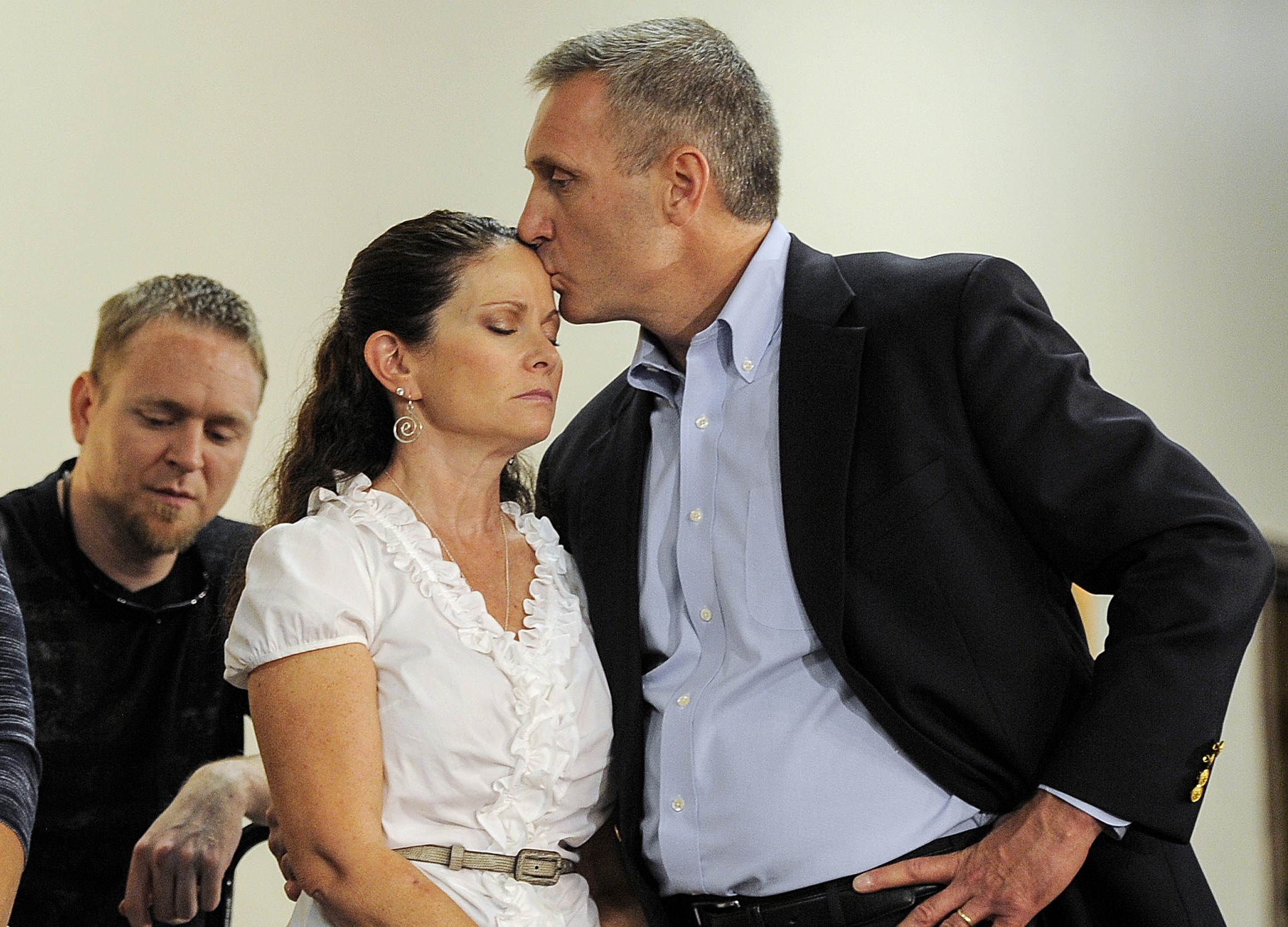 She places blame squarely on the gunman’s lawyers. Former Colorado prosecutor Bob Grant said Holmes is represented by some of the best trained and financed public defenders in the country.

“Look they have one job, in cases like Holmes, and most death penalty cases,” said Grant. “Their one job is to save the life of their client. Every delay is another day he or she lives.”

The shooter has pleaded not guilty by reason of insanity, and one big reason for the delay is a battery of psychological testing from multiple experts.

It’s a high bar to prove legal insanity, not just that the defendant has some mental illness, but that he lacked the ability to tell the difference between right and wrong at the time of the shooting.

“On a good night I don’t wake up at 3 o’clock in the morning, doubled over in pain that I’m never going to see my son again.”
— Tom Teves, father of victim Alex Teves

Even if the jury finds he's not legally insane, they may spare him the death penalty because they believe he is mentally ill, according to Lewis.

This trial is unique for many reasons, particularly because there is a trial at all. Mass shooters tend to die in the act or plead guilty and beg for the death penalty, according to Jack Levin, a criminologist at Northeastern University.

In this case, there will be a trial spanning six months, with extensive psychological evaluations.

“I think we will learn from this trial,” said Levin. “And that’s one of the few positive things you can say about it.”

One big question for Levin: Why did the gunman target a movie theater? Mass shooters tend to focus on familiar places like work or school.

“He instead targeted people he didn’t even know,” Levin said.

Even if the trial can answer why this happened, it would be cold comfort to the families of victims.

Closure will not come in the form of a verdict for Tom Teves and his wife Caren, whose son was killed in the theater.

“If at the end of the trial Alex walks out alive, yes. Otherwise, no,” said Tom. “We both know that Alex isn’t going to come out of that trial alive. There is no closure. That was my first born son.”