waved signs in sub-zero temperatures after opting out of their state social studies and science may soon feel vindicated – or at least that they were heard.

On Monday, the third-to-the-last day of the legislative session, House lawmakers approved Senate Bill 257 on a preliminary voice vote. The bill has a final vote Tuesday. Senate Bill 257 reflects many of the recommendations of a testing task force that was charged with figuring out how to reduce the state standardized testing burden.

The journey up until this point, though, has been anything but fast. Deciding just how many and what state standardized tests Colorado school children should take has been “tough,” “stressful,” and a “minefield,” as described by various state lawmakers who have been working furiously to push a compromise testing bill through.

What the bill does

The bill would reduce high school PARCC testing to one set of math and English exams, eliminating 11th and 12th grade PARCC. State social studies tests, which were new this year, would no longer be required. The bill would streamline kindergarten and early literacy bills to avoid duplication and re-testing students who are deemed proficient. 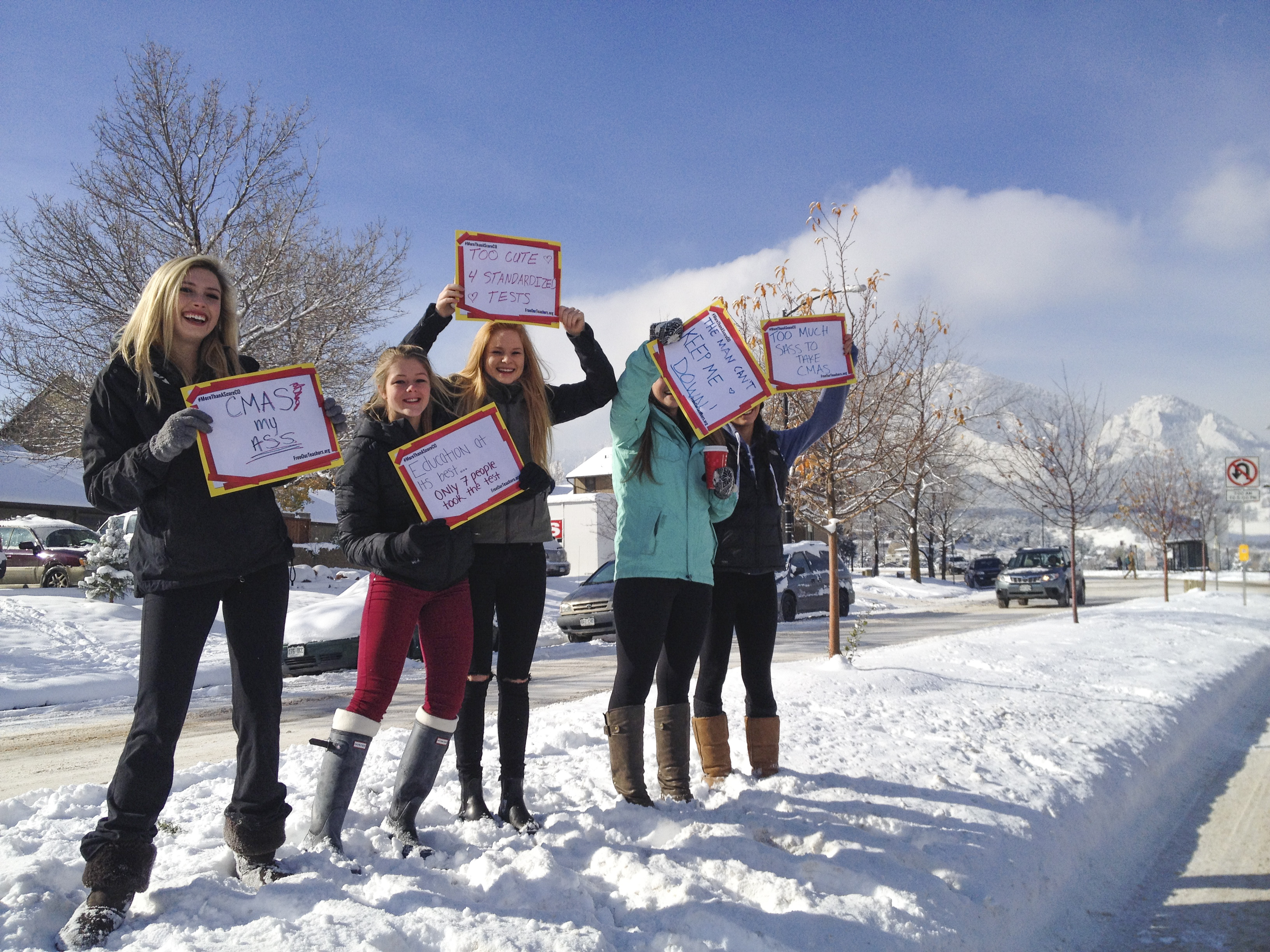 Not all lawmakers were happy with the final bill. Rep. Paul Lundeen, R-Monument, said he was very disappointed that such a complex amendment was being debated with just a couple of full days left in the session. But, he said, “to fail to do something is unacceptable.”

He added, “for me this struggle is not over.” He called the bill a “path out of PARCC,” expressing the desire that the district pilots lead to a set of “locally-grown” tests.

Public pressure to reduce the amount of testing reached a boiling point this past year. Teachers and parents have complained about lost teaching time in the classroom, and students have complained about finding school less engaging because of the onslaught of testing. Thousands of high school students opted out of taking the new state standardized tests in social studies and science last fall.

Amendments to the bill

Over the weekend, lawmakers and “stakeholders” crafted an amendment to SB 257 that includes:

Teachers union, others not satisfied

No one is completely happy with the bill. Kerrie Dallman, president of the Colorado Education Association, called the current system an “oppressive testing regime.”

“Passing a bill that requires no more testing than what is minimally federally required and that removes the negative consequences for teachers, schools and districts would go a long way towards showing appreciation to all of Colorado’s educators,” she said.

Dallman also expressed concern the proposed legislation has not removed the “harsh, unnecessary penalties in the system that wrongly occur when parents exercise their rights to opt their children out of testing.” The bill would penalize teachers, schools and districts for students who do not test beginning in the 2016-17 school year.

“This is the epitome of an unjust and unfair system,” Dallman said. “If it makes sense to hold parents and students harmless, logic tells us that it is indefensible to continue to penalize teachers and districts for a parent’s decision that is outside of the educators’ control.

Few parents testified because there was little warning that a compromise had surfaced and would be heard Monday afternoon.

A separate opt-out bill to prevent teachers and schools from being penalized was killed Friday by the House Education committee.

A number of education interest groups also voiced concern about the pilot testing program. Jen Walmer of Democrats for Education Reform said she’s concerned that the pilot testing program would force student in those districts to be “double-tested,” meaning they’d have to take the state tests and also the district’s newly created test. She doesn’t think struggling districts should be allowed to work on an assessment pilot.

“I have a real concern about the lack of restriction to participate,” she says.

Luke Ragland of the business group Colorado Succeeds said the pilot creates a “potential disaster collision course” when it comes to the federal funding Colorado gets because that funding requires a single state test.

House lawmakers debated further amendments to the bill nearly up until the midnight hour, but the majority beat back attempts to prevent penalties for teachers and schools when students opt out.

A separate House testing bill that is nearly identical to Senate Bill 257 will be heard in the Senate on Tuesday.