The newest way to get around Denver has more in common with Cambodia than Colorado. A new shuttle service that began operating last month in and around downtown uses tuk tuks -- three-wheeled rickshaws ubiquitous with developing countries from southeast Asia to Latin America.

The tuk tuks here are electric, so they don't have the same two-stroke rumble they do overseas, said Walid Mourtada, the president and CEO of eTuk Denver.

"It’s like a Tesla. Sometimes you don’t even hear a Tesla rolling up to you. Same with a tuk tuk. The only common sound they have between the ones you see you’ll see here and the ones in Thailand is the horn," Mourtada said.

They are cheap too -- just $3 per person for a ride from Union Station to Capitol Hill.

Mourtada and two friends were on a trip to a small city in Guatemala a few years ago where they used the rickshaws to get around town.

"They were so convenient. You hop in, you hop out. It’s low friction," Mourtada said. "At that point, we said, ‘Why don’t we bring these to Denver?’ "

And now they have, in the form of eTuk Denver. They also started another company, eTuk USA, with a more national focus. Mourtada and his friends worked out a manufacturing and distribution deal with an Amsterdam-based company, The Tuk Tuk Factory, that builds the vehicles up to Western safety standards.

They also got approval from the U.S. Department of Transportation, the National Highway Safety Traffic Administration, and the Colorado Public Utilities Commission. And finally, just last month, the Colorado Legislature reclassified tuk tuks. Before a bill passed late this session, drivers would have needed a motorcycle license and eye protection. And any passengers under 18 would have needed to wear a helmet. 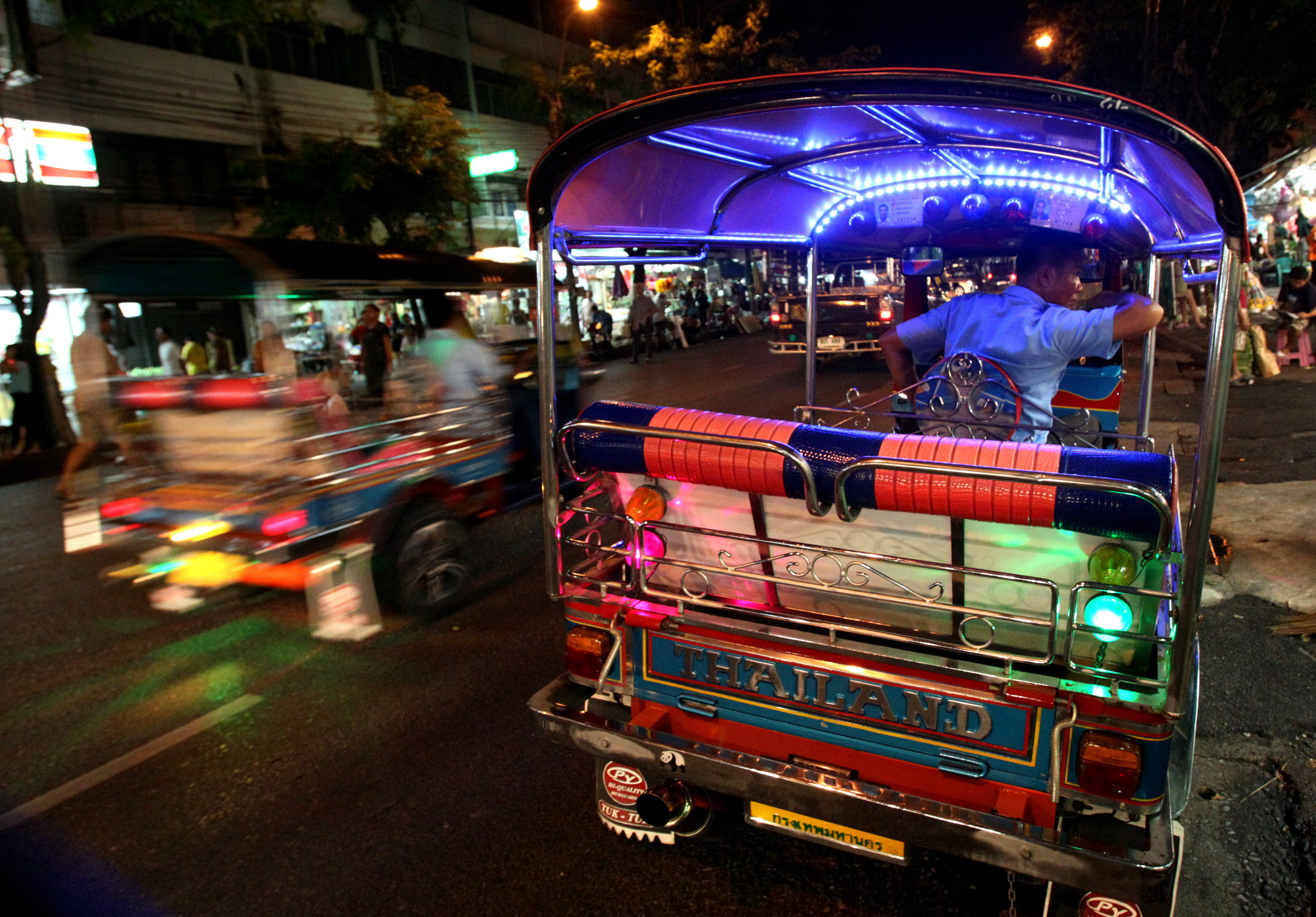 Clearing those regulatory hurdles took more than two years, but now eTukUSA is the only company in the U.S. that can sell street-legal tuk tuks. That could prove to be a valuable asset. After an Associated Press story about eTukUSA ran a few weeks ago, the company says it's phone has been ringing off the hook with potential customers -- from Yellowstone National Park to a shuttle service in Philadelphia.

One transportation export says tuk tuks, much like Uber, Car2Go, and other new transportation options aimed at a car-less generation, are the result of decades of urban planning and relatively high gas prices.

Carolyn McAndrews, an assistant professor in CU Denver's planning and design​ department, has used tuk tuks to get around Bangkok's crowded streets. She has a lot of questions about the vehicle's future here.

"Once we see an innovation like this, how would you make it long lasting? What will help it survive? How would it become part of somebody's everyday routine?" she asked. "That's a little more complicated and incremental."

The key, McAndrews said, will be for tuk tuks to find their niche in between buses, bikes and Ubers. For now, eTuk Denver has just a handful of vehicles on the road. Mourtada plans to have 18 cruising around the city by next year.