Skip to Content
Need help?
Donate
With trains coming every seven and a half minutes, they want residents to be ready for the new trains, which also have much higher top speeds.

The power is on

Even though the East Rail Line from Denver’s Union Station to DIA won’t be fully operational until sometime next summer, overhead electrical lines which provide power for the large commuter cars are now live. And trains are starting to travel the line as operators test the tracks, as you can see in this video below from April.
Tara Bettale is working with RTD to educate the public on how to cross these new tracks safely. At busier intersections, gates actually block a pedestrian’s path across the tracks.
"When you approach the gate, you can only pull it open. And that’s so you can’t stumble or trip through the train intersection. You have to actually be very aware of grabbing the gate and pulling it open," Bettale said. 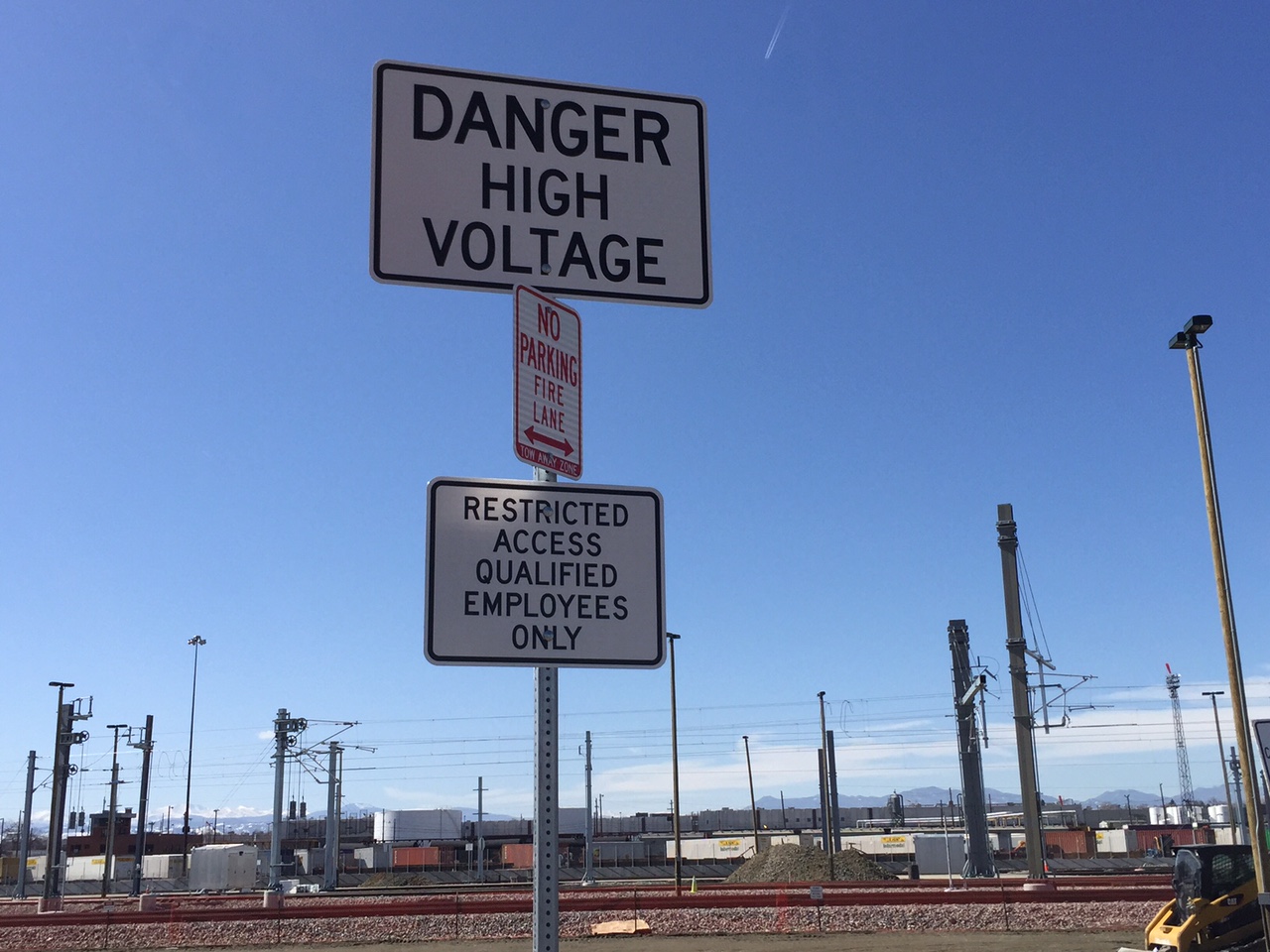 (Nathan Heffel/CPR News)Slow-moving freight trains have rumbled along existing tracks beside the new commuter rail line for years, Bettale said. But when the East Rail Line opens in 2016, the commuter trains will be crossing here every seven and a half minutes. They’ll also be moving fast: in some sections, over 70 mph.
While people should steer clear of the tracks, they should also use caution near the overhead power lines.
"This is 25,000 volts of AC power that’s going to be running through these. By contrast, on our light-rail system, we have 750 volts of DC power,” said Kevin Flynn, a spokesman for the East Rail Line. “So that’s a very robust level of power. We want people to be aware that this can arc toward you. If you get within several feet of these wires the electricity will jump out and get you."
While the East Rail Line to DIA is the first commuter rail line to open, more are in the works. The first segment of RTD’s Northwest Rail Line to Westminster, and the Gold Line to Arvada and Wheatridge will also open in 2016. And in 2018, the North Metro commuter rail line will open traveling from Union Station to Northglenn.
When those openings get a bit closer, RTD will begin reaching out to schools within a half mile of the new lines to teach around 35,000 students in 47 schools all about commuter train safety.