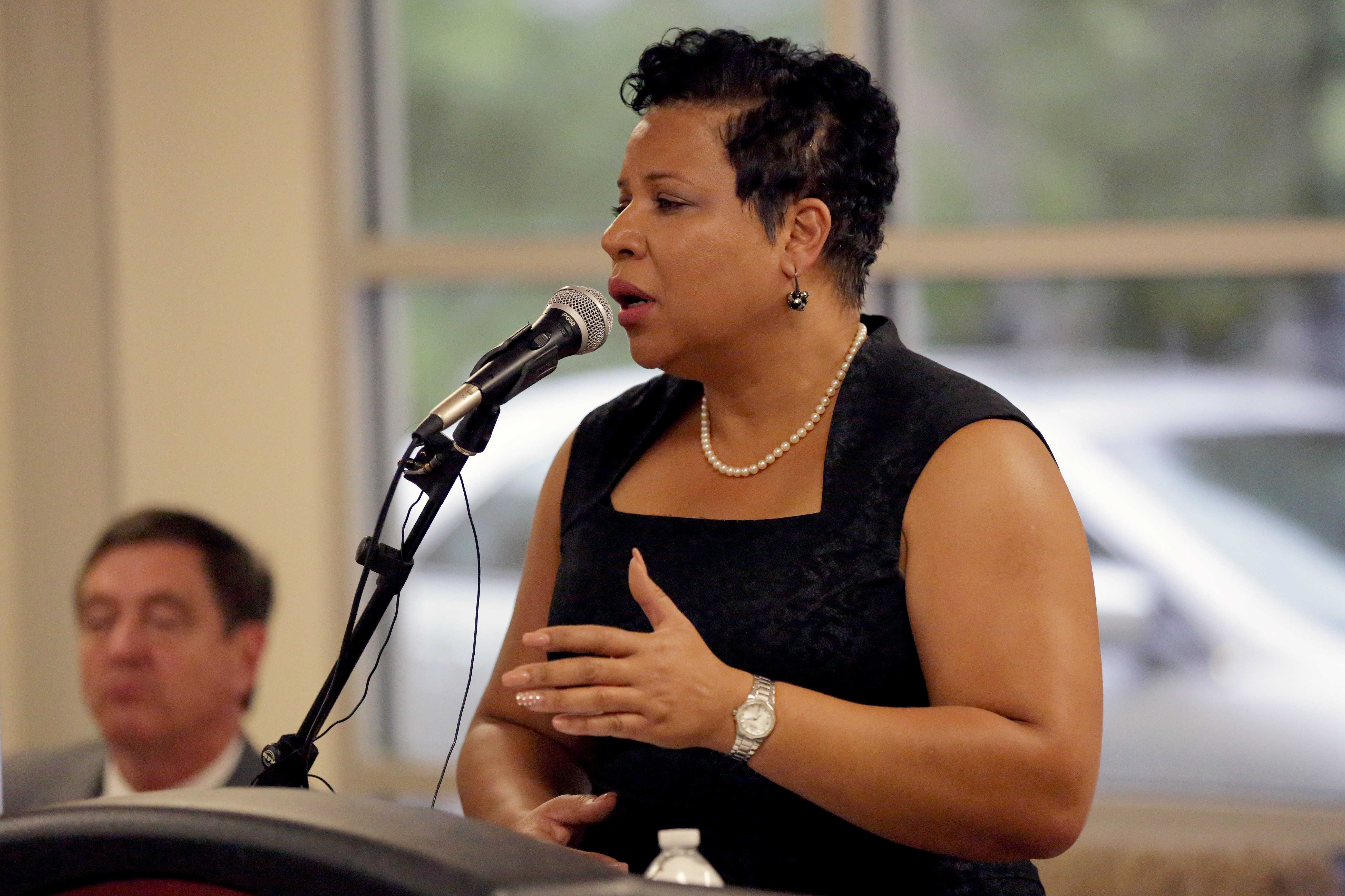 Hart Van Denburg/CPR NewsHundreds of recommendations from an independent report aimed at fixing the troubled sheriff's department in Denver could take up to two years to complete.

That was the assessment from the Denver's director of safety, Stephanie O'Malley, Tuesday night at a community forum set up for the public to comment on the report's findings.

A city steering committee is reviewing the 277 recommendations. Mayor Michael Hancock has said the report will serve as a "reform roadmap" for the department, which administers the Denver jail.

Several misconduct cases have cost the city millions of dollars in legal settlements.

Caryn Sodaro of Denver, who has been arrested for civil rights activism, says she has seen first hand the abuse of inmates in the jail.

"No matter what you do, you have your civil rights and you have your dignity as a human being not to be mistreated while in custody," she said.

People in attendance, raised a number of issues from appropriate use of force to better leadership for the sheriff’s department.