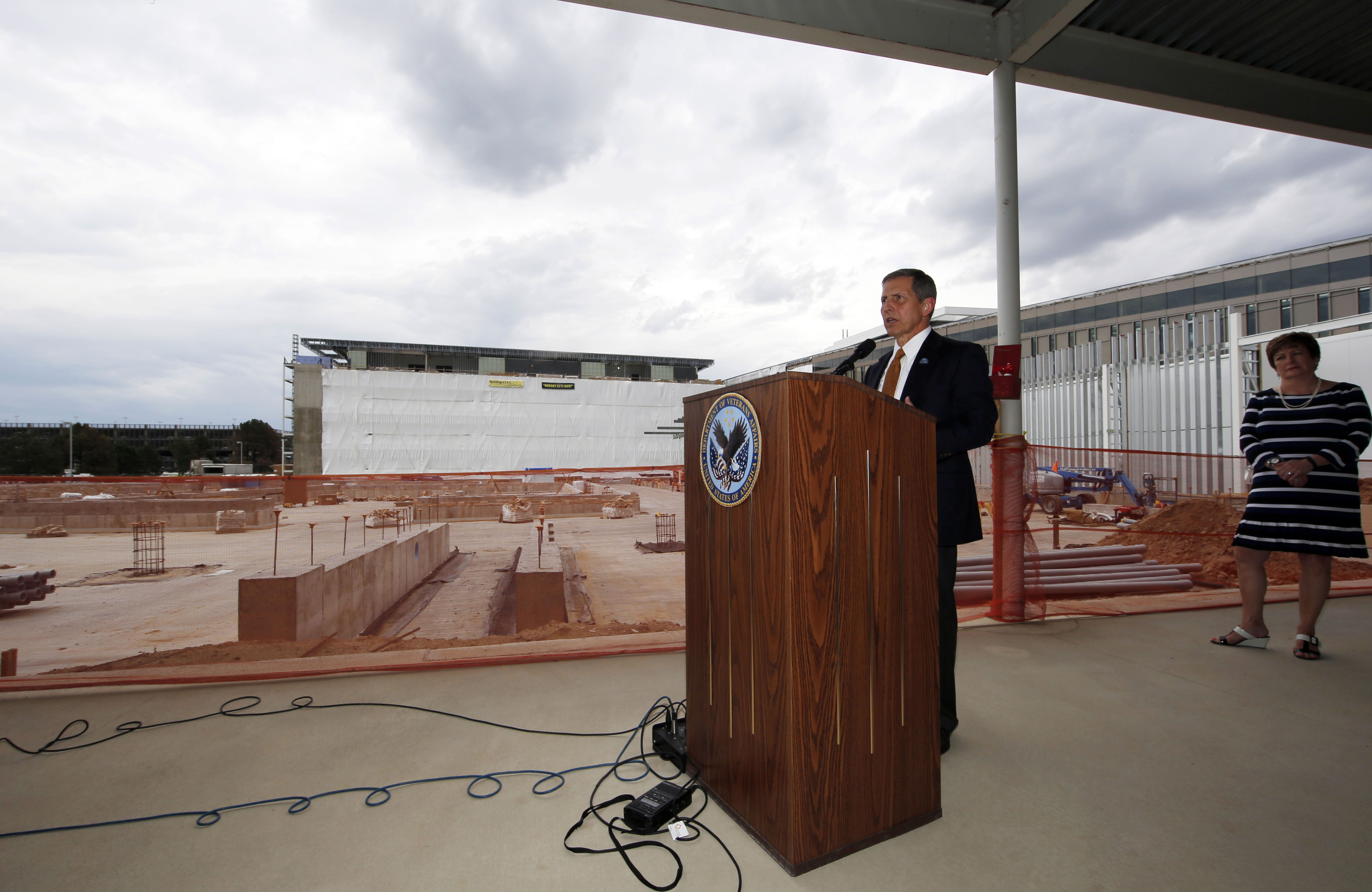 (AP Photo/David Zalubowski)A top VA official said Wednesday he believes the overdue, overbudget medical center in Aurora will get the funding it needs for completion.

But Sloan Gibson, deputy secretary at the Department of Veteran Affairs, said funding delays could further delay its opening. He spoke to reporters Wednesday at the hospital construction site.

Congress approved $150 million in stop gap funds last month to keep work on the project going until the end of the fiscal year in September.

Gibson said that boosted his belief that lawmakers will eventually okay the additional $625 million needed to finish it.

“This project is going to get finished," Gibson said. "There’s no way that Congress and the American government will allowed this project not to be finished. It will get done.”

The VA had said the project could be done in 2017. But Gibson said the longer it takes for Congress to approve the remaining money, the likelier that construction will drag on past deadline.

The VA's funding struggle has made it more difficult to attract the necessary number of contractors -- and that could also delay the project.

Gibson said managers could use 1,200 to 1,400 people working on the job, but it currently has half that. He said that’ll make it more difficult to finish in 2017 as the VA had earlier projected.

“The longer we go through this period of time, the less likely it becomes that we’re going to be completed with construction in 2017," Gibsons said.

VA has also proposed a cut of 1 percent across the board throughout the agency to raise the $625 million needed. Some lawmakers have complained those cuts will harm other services for veterans.

Critics and some lawmakers have called for a criminal investigation. Gibson said he’s not aware of one being started, but said several other in depth reviews are underway.