A suburban Denver baker who refused to create a wedding cake for a same-sex couple took his fight to the state’s Court of Appeals on Tuesday, claiming that filling an order for such a cake would violate his religious beliefs.

Three years ago, Jack Phillips, the owner of Masterpiece Cakeshop in Lakewood, refused to make a wedding cake for David Mullins and Charlie Craig, citing religious objections to same-sex marriage.

The Colorado Civil Rights Commission found the baker violated the state’s Anti-Discrimination Act. He hopes to persuade the appeals court to reconsider.

His attorney Jeremy Tedesco said that creating a wedding cake is more personal than making cookies and thus protected by the First Amendment.

Ria Mar, who represents the couple, said that allowing companies to deny some services to gay and lesbian couples violates Colorado’s Anti-Discrimination Act.

"A business open to the public must offer the same goods and services to all customers," she said. Such businesses "can’t offer a limited a menu or a second-class service based on anyone’s protected characteristic.” 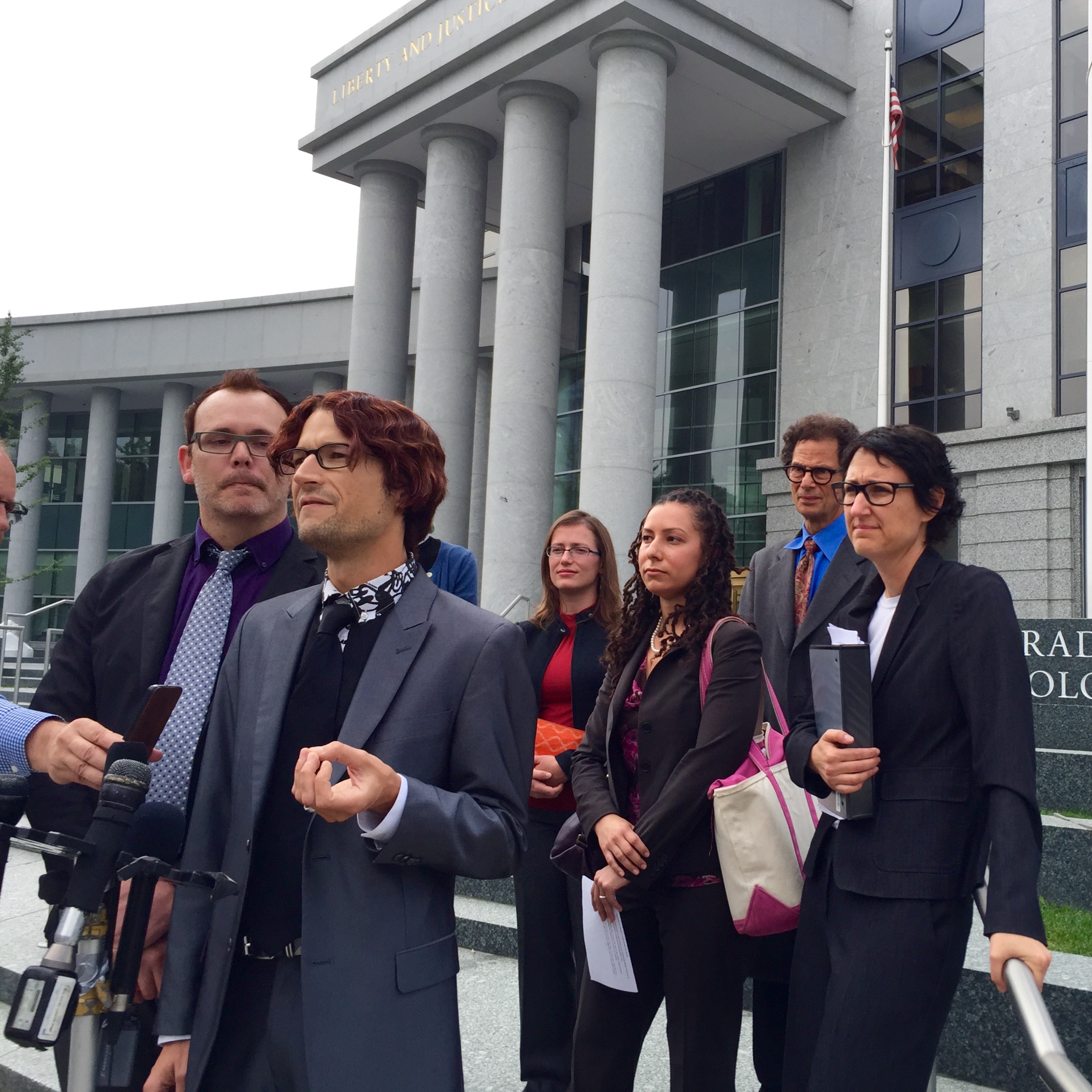 (Megan Verlee/CPR News)Mar argues that if Phillip’s is allowed a religious exemption, it would open the door to other businesses to opt out of the anti-discrimination act -- effectively gutting it. This case is one of many around the country exploring the limits of religious freedoms and gay rights.

For Mullins, one of the men who sued Phillips, this is a question of civil rights.

"If a same-sex couple can get married and then walk into a business and be turned away because they are gay, we have not achieved true equality yet," Mullins said.

Phillips' other attorney Nicolle Martin said with same-sex marriage now legal, people of all faiths are going to be under increasing pressure.

"The story of Jack Phillips is really the story of every American’s right to live and work according to their deepest convictions without the fear of being unjustly punished by their own government," Martin said.

Phillips said he’s stopped making wedding cakes all together while he appeals the order. If he loses his lawyers say they may take the case to the U.S. Supreme Court.