The Colorado Department of Agriculture doesn't have the necessary tools to inspect licensed pet care facilities in a timely manner, a state audit released Tuesday says.

The audit says the ag department's Pet Animal Care Facilities Act Program also lacks the ability to enforce rules on rule-breaking facilities and to identify and disclose conflicts of interest among its staff.

The program is responsible for licensing and inspecting the state's 1,839 licensed breeders, boarders, shelters, groomers and trainers. But 357, or 19 percent, of those facilities are overdue for an inspection, the audit found. One facility had gone 28 months without an inspection.

Related: Some Colorado Animal Shelters Kill More Than They Save

Part of the problem is the program's relatively small staff devoted to inspecting pet facilities, the report found. Five inspectors are responsible for 300 to 400 facilities each. Some have to cover huge swaths of land though, as this map shows: 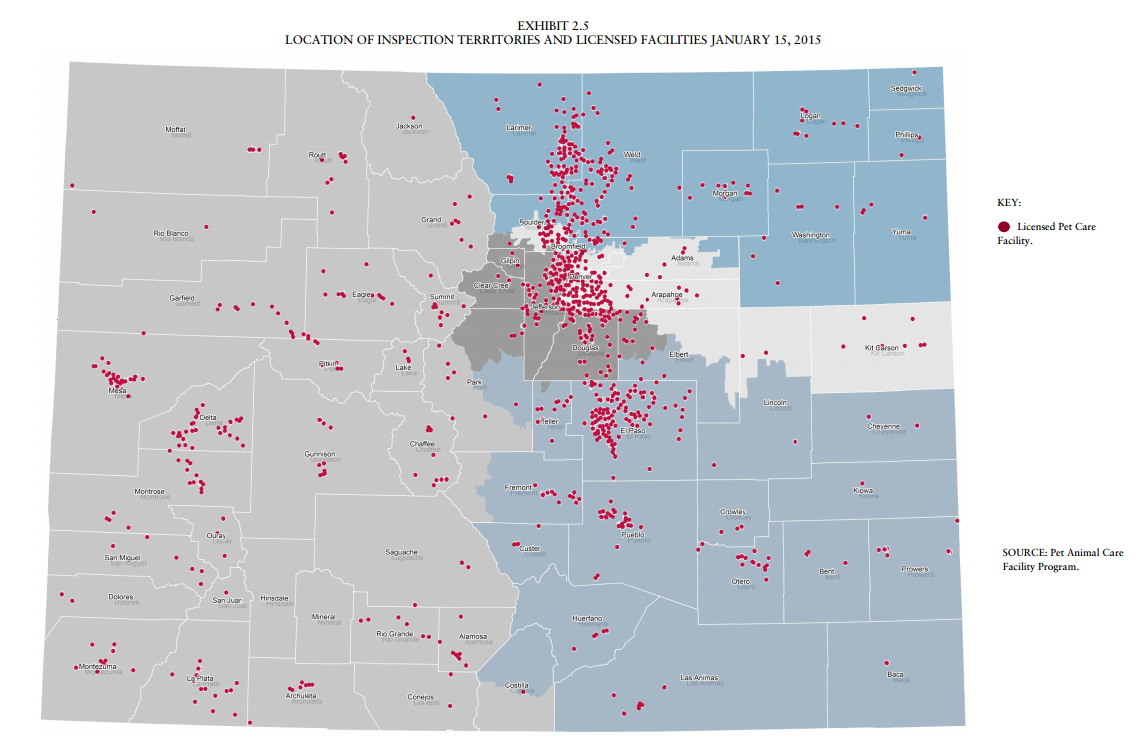 (Courtesy Office of the State Auditor)

The huge variation in size of territory "can have an impact on the number of inspections that can realistically be completed in a day," the report notes. The program now instructs its inspectors to complete two inspections a day. It's also planning on adding another inspector on the Western Slope, said Nick Fisher, the program's administrator.

Fisher, who recently took over the program, said he agrees with the audit's recommendations of improved oversight and enforcement. He's taking steps to implement them, including shifting from a risk-based inspection model to a more routine method.

"We can get every facility inspected every year," Fisher said.