Colorado's Disaster Emergency Fund pumped $500,000 into response efforts on Monday for the Gold King Mine spill that dumped 3 millions of gallons of toxic water into southwestern Colorado waterways last week.

The cash comes as part of a state of disaster emergency, which Gov. John Hickenlooper declared Monday, the same day that environment officials extended the closure of the Animas River to the middle of the month, and established a unified command center in Durango to manage the response to the spill.

"Our priority remains to ensure public safety and minimize environmental impacts,” said Hickenlooper in a press release. “We will work closely with the EPA to continue to measure water quality as it returns to normal, but also to work together to assess other mines throughout the state to make sure this doesn’t happen again.”

Last Wednesday, Environmental Protection Agency workers inadvertently triggered the breach that dumped the tainted water into Cement Creek, which feeds into the Animas River and downstream to the San Juan River. It's headed toward Lake Powell.

Seven public water supply systems in both states that draw on the rivers were shut off. They’re using other sources or pulling from reserves. EPA Region 8 Administrator Shaun McGrath says water access won’t be restored until week.

“EPA, Tribal, state and local officials are coordinating these decisions based on risk screening levels, sampling data and other related factors,” McGrath said.

The EPA is also making water available to ranchers with livestock. Meanwhile, environmental groups have continued to weigh in on the accident.

"The Gold King spill is proof that these old, contaminated mines are disasters waiting to happen, and a hazard to the health of our rivers and the communities that depend upon them," Conservation Colorado Deputy Director Carrie Curtiss said in a statement.

​State agencies are helping the EPA in its efforts to determine what the environmental and health impacts of the accident will be. McGrath said the EPA is providing water to livestock in southwest Colorado and northern New Mexico. 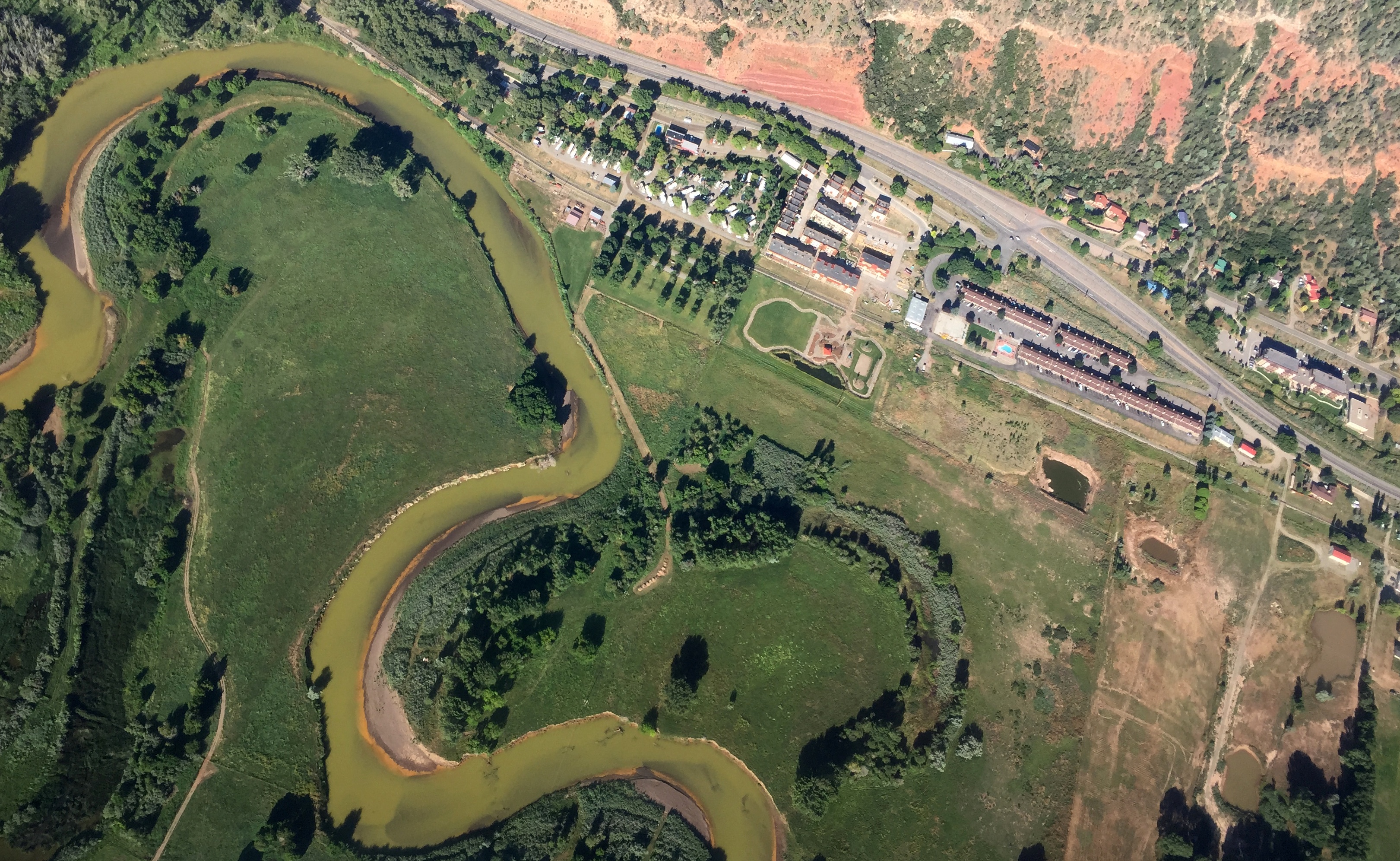 (Grace Hood/CPR News)"We're screening for 24 different metals and that information is being posted," McGrath said. "We have the responses back from the labs that have been analyzed from Aug 5 and 6. We'll continue to post data as it becomes available."

Rivers closed for at least a week

The Animas and the San Juan will be closed to recreation, irrigation and drinking water intake until at least Aug. 17, McGrath said. Decisions about when to reopen the rivers could vary among local, state and tribal governments based on local conditions and by uses. And they will also vary by river segments since the impact to the river system depends on their distance from the source of the contaminated mine. Until notified otherwise, people should abide by existing closures.

"As the plume moves downstream, it's important that we expand our coordination across the area that's being impacted. As a result we're mobilizing a unified area command center in Durango," McGrath said. "That will be a center with a unified commander who will oversee and coordinate all the operations in region 8, 6 and 9."

Meanwhile, the EPA outlined the claims process for "compensating citizens who suffer personal injury or property damage caused by U.S. government actions." Claims will be accepted starting on Tuesday.

McGrath was asked whether, had Gold King been designated a Superfund site prior to the spill, it would it have been better protected. He said that while such a designation frees up "significant resources," he didn't go as far as to say the mine should have been a Superfund site.

Organizations including the The Animas River Stakeholders Group have successfully turned away the idea of a Superfund designation for the Upper Animas Watershed since mine cleanup efforts started in the late 1980s.

There are hundreds of abandoned mines in the area, and the organization, made up of environmental groups, mine owners, local governments and businesses, has worked out an independent approach to setting and meeting goals for water quality standards.

Collectively, organization members worry that while Superfund designation might bring resources to the task, it would bring "litigation, reduced property values, distrust, and resources going to attorneys and consultants as opposed to on the ground projects that might improve water quality."