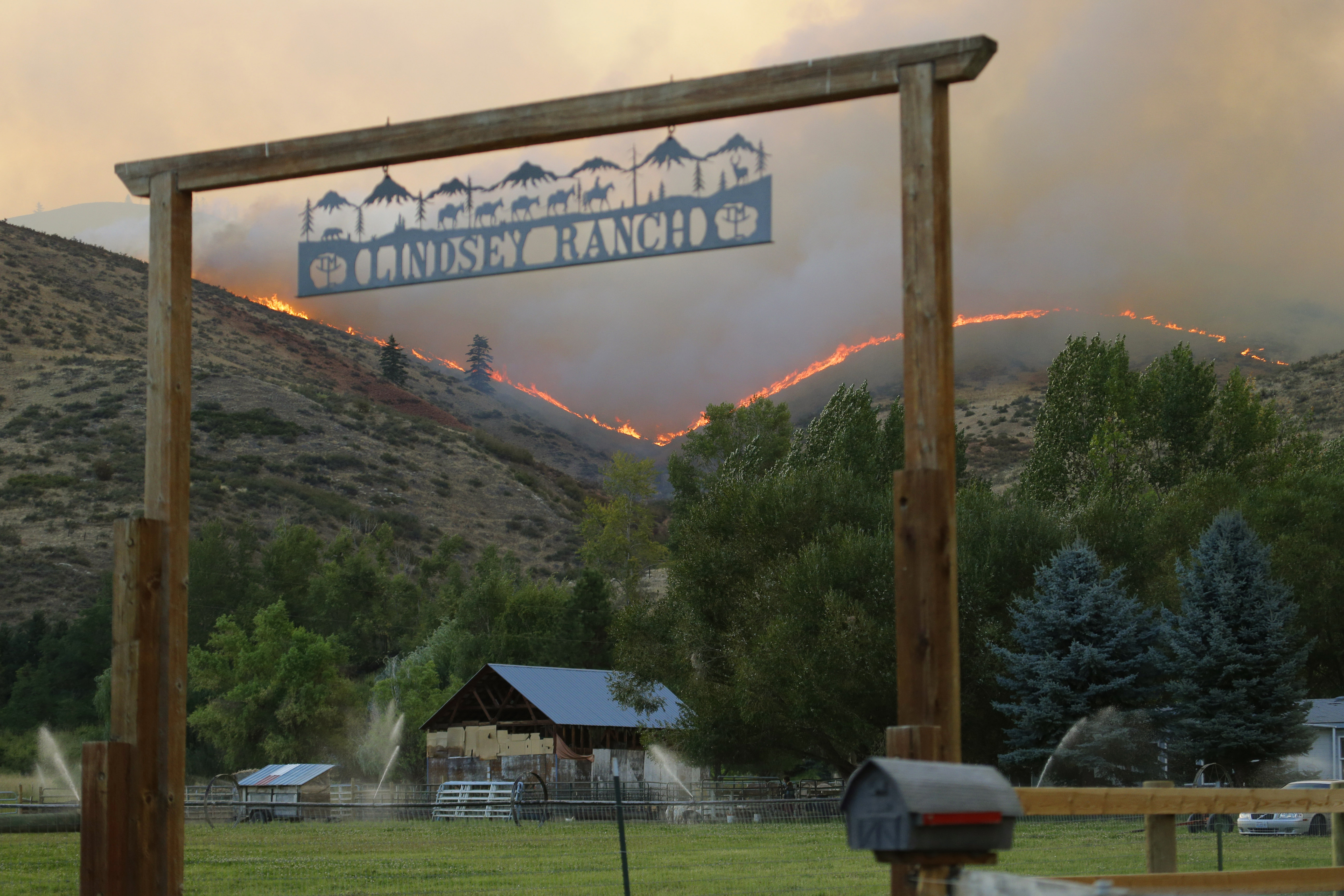 (AP Photo/Ted S. Warren)Smoke from massive wildfires in California and other states is drifting into western Colorado, triggering a health advisory from state officials and a burning ban in Mesa County.

The Colorado Department of Public Health and Environment says the smoke could ease up Thursday but is expected to intensify again by Friday. Department spokesman Chris Dann said this fire season has been a little unusual.

"Most of the impacts," Dann said, "have been from smoke being transported into the state, not smoke from fires that are burning here at home."

Earlier this summer, the health department issued advisories when smoke from Canadian fires drifted down over the Front Range.

So far, the health advisory covers locations to the west of the Continental Divide below 9,000 feet in northwest and west-central Colorado. But smoke is drifting over the Front Range too, and Dann said the advisory could be extended to cover more of the state.

Health officials suggested people with heart or respiratory problems, the elderly and small children stay indoors if the smoke is thick. Short-term problems are the main concern, Dann said, adding that the cumulative impact isn't much to worry about.

"Our systems have the ability to clear those particulates out of our respiratory tract and respiratory system pretty efficiently," Dann said.