The Environmental Protection Agency has released internal documents that shed new light on the Gold King Mine spill in southwestern Colorado earlier this month.

The documents are available here. One notes that the EPA knew about the potential for a catastrophe last summer.

Conditions may exist that could result in a blow-out of the blockages and cause a release of large volumes of contaminated mine waters and sediment from inside the mine, which contain concentrated heavy metals. 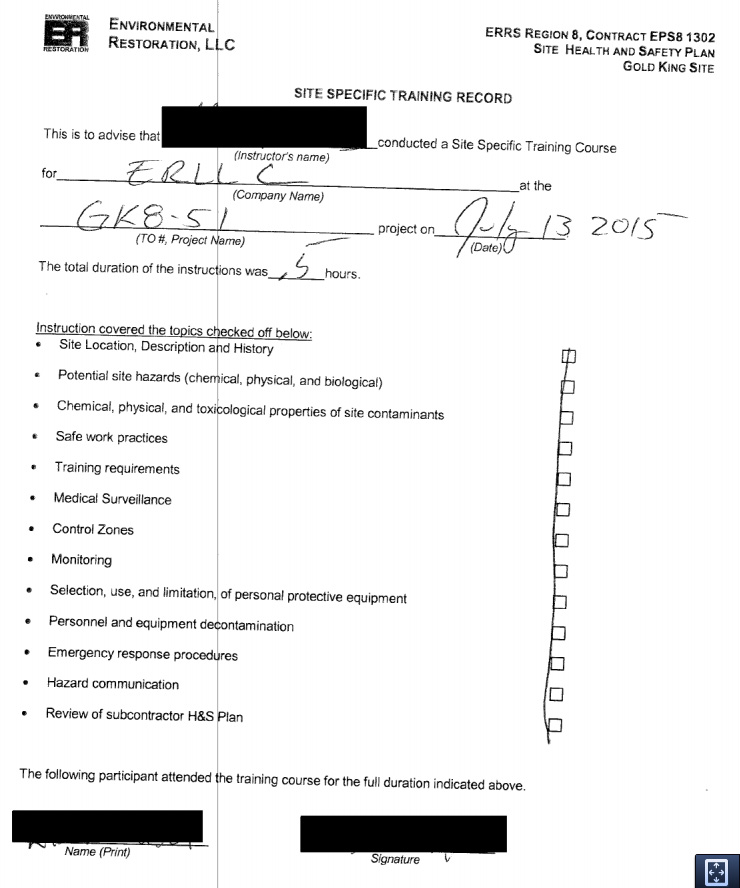 The EPA did not respond to requests for comment. Update 8/25: An EPA spokeswoman said details about the training will be released as part of a Department of Interior investigation.

Meanwhile, a community of Navajo farmers says it will keep irrigation canals closed for at least a year following the spill. And the Denver Post is reporting that an initiative to prevent disasters like the Gold King Mine repeatedly failed to gain support in Congress:

Twice in the mid-2000s, a program intended to clean up the mine-fouled waterways in the region around the Gold King Mine failed to find traction in Congress, where a fight between miners and environmentalists kept the idea from going forward.

The legislation proposed by U.S. Reps. Scott McInnis and John Salazar in 2003 and 2006, respectively, would have created a pilot program in the Animas River watershed that would allow so-called good Samaritan groups to clean up polluted mines without fear of long-term liability.