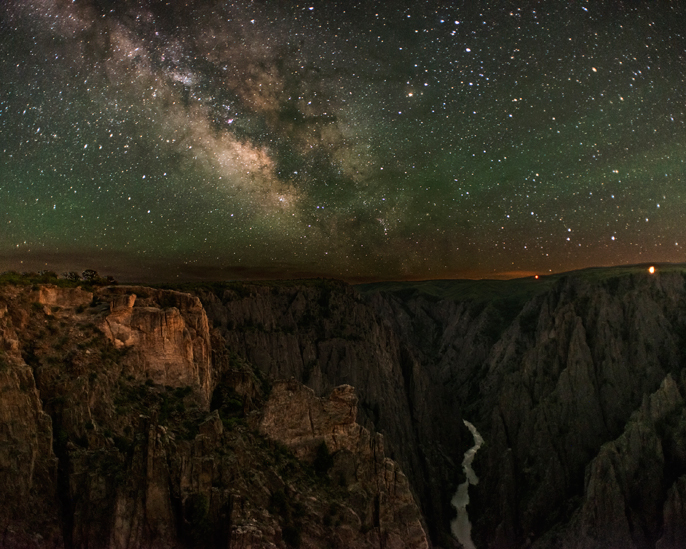 The Black Canyon of the Gunnison just became Colorado’s first International Dark Sky certified National Park, and the ninth in the nation. The Western Slope park was recognized for its exceptional night sky views, as well as its efforts to preserve those views and educate people about the value of a dark night sky.

Ranger Nick Myers leads the astronomy program at the park. He says they’ve worked to reduce bright lights that can drown out the stars.

"When the sun goes down in the summertime and you get that amazing Milky Way view -- it's almost like a three dimensional cloud in the sky," says Myers. "The Milky Way casts a shadow on the ground. It really shows that you can have wilderness and even urban development in a close proximity and get the best of both worlds."