Auction day transforms Ritchie Bros. Auctioneers north of Denver from a giant parking lot full of equipment to a bee-hive of activity.

Thousands of people traveled from across the country on earlier this month to test out everything from cranes to excavators—some of it coming straight from the oil fields.

"There’s no doubt that the oil and gas downturn has positively affected our business," said Ritchie Bros. Vice President Rob Giroux. The company bills itself as the world's largest industrial auctioneer with dozens of auction houses including Denver.

It's at an auction that you can really see an oil bust on full display. On March 17 and 18, Ritchie Bros. had 3,950 items for sale — a new volume record for its Denver location. In February, Kruse Energy & Equipment Auctioneers, which sells just oil and gas equipment, reported a one-day record after selling $25.8 million at a Midland, Texas auction.

"I think most people just see that the prices aren’t turning up anytime soon. A lot of the firms are running short on cash flow. So something’s going to have to happen," said Ian Lange, director of the Mineral and Energy Economics Program at Colorado School of Mines.

For many companies, that "something" is to go to the auction house.

Auction day at Ritchie Bros. runs like clockwork. When a bid is launched for a piece of heavy equipment, its number and picture appears on a large computer screen in the auction theater. Then the piece of equipment pulls up behind large glass windows at the front of the theater. Next the auctioneer launches a bidding frenzy that sometimes lasts seconds -- not minutes.

Equipment from oil and gas fields like bulldozers and telescopic fork lifts fetched prices at or above the asking price. Much of it went to other industries like construction and agriculture.

Some of the biggest bargains came to buyers who purchased specialized oil and gas equipment. One heavy-duty truck used to haul around oil field equipment sold for $15,000 below the initial asking price from the auctioneer.

"Drilling has slowed down because people aren’t investing in that at this current level of oil prices," said Braley.

Liquidations that happen when companies declare bankruptcy are also fueling Kruse's business. In the last two years companies like Ringo Drilling and JW Drilling have used the company to auction off equipment.

At Ritchie Bros., Vice President Rob Giroux estimates about 70 percent of the equipment sold in Denver will actually leave the state.

"There’s lots of other areas -- whether it be in other parts of the U.S., or Canada or Mexico -- where they have a demand for this equipment more so than we do," he said.

Internet bidders account for an increasing portion of Ritchie Bros.' business. Would-be buyers from Iowa and Kentucky can bid in real time during the auctions -- sometimes outbidding those watching in person. 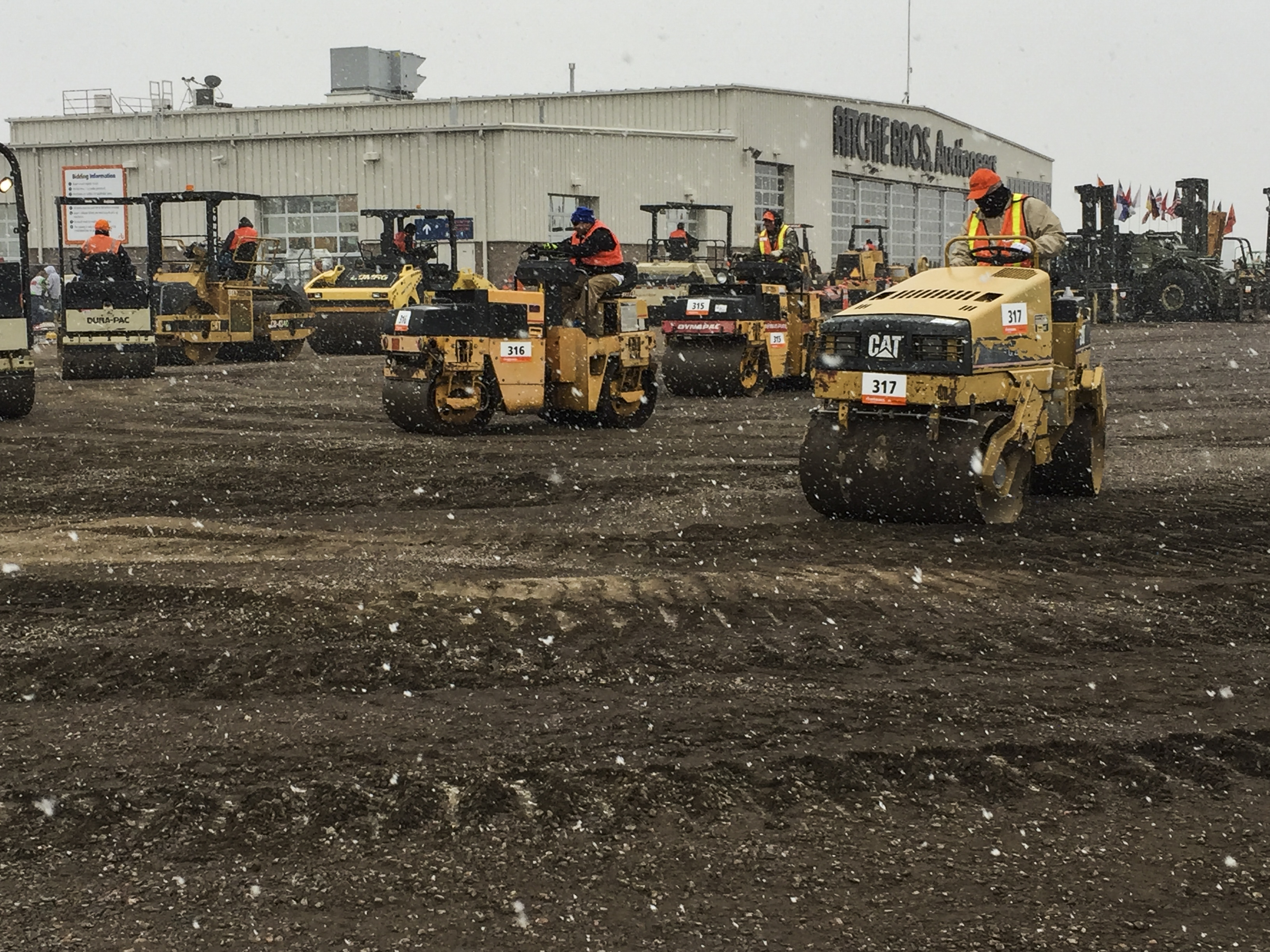 But there's an advantage to be at the auction in person because you can see the equipment. Rich Millard from North Dakota strolled Ritchie Bros.' yard during the event. He wanted to find a good deal on portable tanks used for fracking.

He called the auction "tragic" for the industry as he looked at a row of 500-barrel tanks.

"I’ve seen it before, and I’ll see it again. But today is unfortunate," said Millard who has been to auctions before. He recently launched a company that disposes oil-field waste in a more environmentally friendly way. 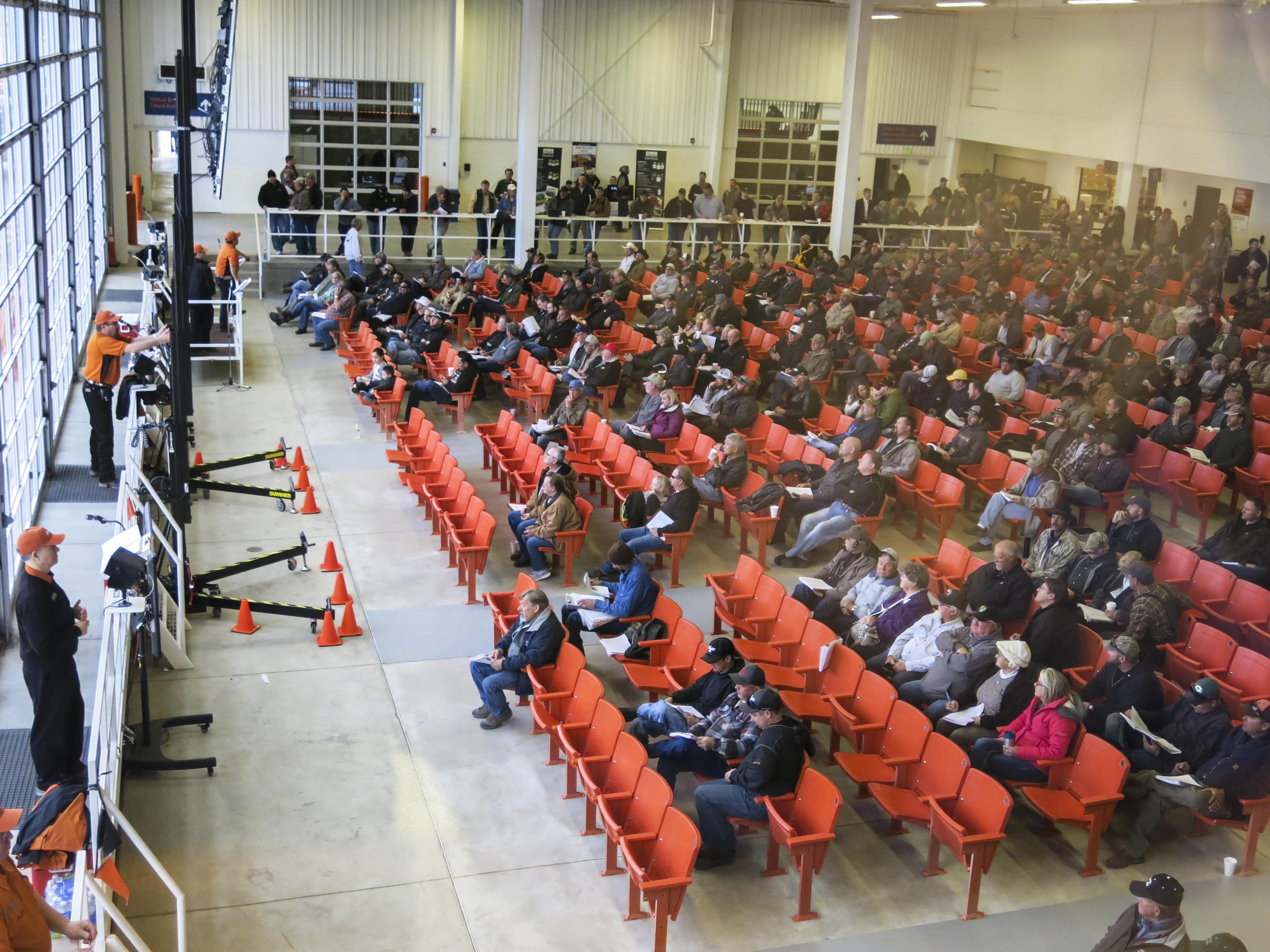 (Grace Hood/CPR News)The promise of a good deal is what got Millard to the auction house. It’s the same story for Angel Salazar, who runs a drilling business in New Mexico.

While cash isn’t as flush as it used to be, Salazar said a good bargain could help him get a leg up for the next oil boom. But Salazar said now is a difficult time. If you buy stuff, will you actually be able to put it to work and recoup your expenses?

That’s the catch-22 many businesses are in right now.

"I can see a little light at the end of the tunnel," he said. "Hopefully we’ll get back going in another two to three months."

It's a future that will be largely dictated by the price of oil -- something that even the best analysts have difficulty predicting.

Editor's Note: This story has been updated to note that Ritchie Bros. specializes in unreserved auctions—meaning that there are no minimum bids or reserve prices. The original reference to a heavy duty truck being sold $15,000 below the initial asking price was updated to reflect the fact that the auctioneer set that price when bidding started.