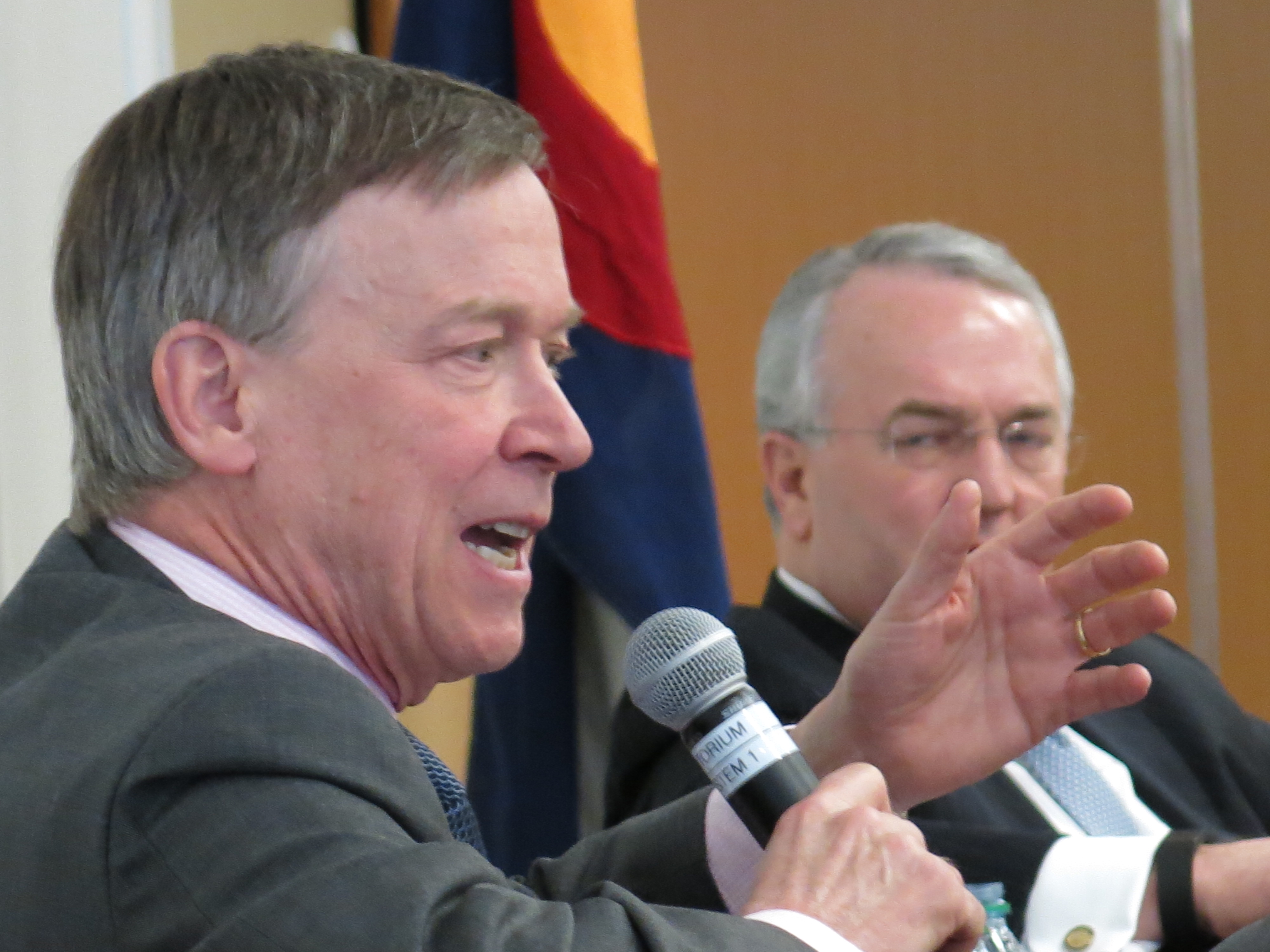 Gov. John Hickenlooper said he's willing to temporarily halt state work on the Obama administration's Clean Power Plan if that would defuse an effort to strip funding from the agency developing the plan.

“I’m happy to have them stop working on it if that’s a problem, if that becomes a partisan issue,” Hickenlooper told a CPR reporter after a lunch hosted by the American Petroleum Institute.

For weeks, Republicans and Democrats have been fighting over whether the state should continue to implement the Obama administration's Clean Power Plan. The U.S. Supreme Court said in February that states can put the effort on hold while a challenge works its way through the courts, but Hickenlooper, a Democrat, said there is value in developing the plan, even without an immediate mandate.

To protest that position, Republicans on the state legislature's budget committee zeroed out money for the Air Pollution Control Division, which monitors a wide-range of pollution emitting industries, as well as working on the Clean Power Plan. Democrats in the legislature have vowed to restore the funding through the budget process.

But on Thursday, Hickenlooper, a Democrat, said that if push comes to shove, he would be willing to shift employees who are working on the Clean Power Plan to other projects.

“We’re doing the same work anyway,” said Hickenlooper. “I don’t think it would hurt our efforts if we were to reallocate some of that time in other directions. I mean, in the end, we’re going to get to the same place.”

“Our goals were very aggressive goals, and they are not the same, but they are very similar to what the Clean Power Plan wants,” he said at the gathering.

The governor clarified his comments Wednesday, dismissing the idea that suspending work on the Clean Power Plan would have much real world impact on the state's clean air efforts.

"I look at the whole thing as ridiculous, to be perfectly blunt," Hickenlooper told reporters at a regular press gathering. "It's like a shell game of who's doing which work. We're working toward clean air, that's what the state's doing, that's what people want us to do. We can get into ... semantical battles over this thing, but it's pretty straightforward."

The division's funding has whipsawed back and forth through the ongoing budget debate. The spending plan, as it was introduced, didn't include any funding for it, but Democrats in the House were able to add it back in when they voted on the budget last week. Now the package is in the Republican-dominated Senate, and the division's funding is again in jeopardy.

The dispute is likely to end up in the hands of a bipartisan conference committee made up of members of both chambers.