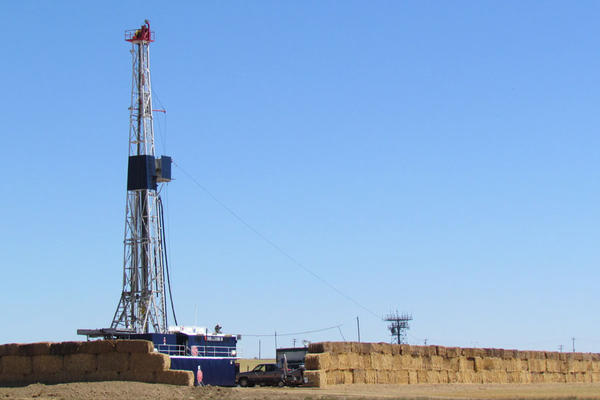 "I think it's the right move. I'm very appreciative of the fact that the court understands mineral rights are a property right," said state Rep. Don Coram (R-Montrose).

In the opinions, the justices said they respected the competing views on oil and gas development, and did not question the sincerity and good faith beliefs of any of the parties. The court weighted several factors in making its decision, such as whether oil and gas drilling is a statewide interest, finally determining "that the need for statewide uniformity favors the state’s interest in regulating fracking."

Those in the industry praised the decision. The state's pre-eminent industry group, the Colorado Oil and Gas Association, always maintained that fracking bans and moratoriums were illegal.

"This is not just a win for the energy industry, but for the people of Colorado who rely on affordable and dependable energy and a strong economy," said Dan Haley, COGA's president and CEO, in a statement [.pdf]. "It sends a strong message to anyone trying to drive this vital industry out of the state that those efforts will not be tolerated."

In an emailed statement, Fort Collins' city attorney, Carrie Daggett, said it's premature to comment – citing their desire to "carefully and fully evaluate how [the court's decision] affects the city."

"These issues are complex, and we'll thoroughly examine the decisions relative to Fort Collins and Longmont," Daggett's statement continued. "However, it is clear that the Supreme Court has found that the Fort Collins moratorium on hydraulic fracturing is in operational conflict with Colorado law and is therefore preempted."

"This is probably one of the biggest issues effecting constituents and this is a real setback for us," said state Rep. Jonathon Singer (D-Longmont). "Now we've got to move forward and figure out new ways to make sure that this is done responsibly."

Singer doesn't feel like the people's voices were heard in the courts, and he expects more legislative action and potentially taking the question of a fracking ban to voters at the ballot – Initiative 40 backers are already collecting signatures. The initiative seeks to give local governments more authority over energy development. Statewide ballot initiatives were proposed in 2014 but were pulled when Gov. John Hickenlooper set up a task force to address the issue.

Rep. Mike Foote (D- Lafayette) said that task force didn't address all the problems and has sponsored legislation to try and give cities and towns more control over oil and gas development.

"Local governments and local citizens should have a lot of say of what goes on in their backyards," he said.

Foote went on to add that he doesn't think the rulings will ultimately change the debate on all the competing interests.

"There's a lot of room for reasonable regulation of oil and gas development that takes into consideration local concerns that is still something local governments can do under this decision."

Despite the ruling, the court didn't agree with the energy industry on everything. The justices upheld the right of cities and towns to also regulate energy development and said that the state did not have "the exclusive authority to regulate the technical aspects of oil and gas operations."

Republican state Rep. Bob Rankin of Carbondale sees both sides. He said the Supreme Court's decisions make sense, because he believes state laws are already stringent and adequate, but he also sympathizes with people who live near energy development.

"We do have to be very careful about industry and urban and suburban development getting closer and closer, I don't want to take that lightly."

Gov. John Hickenlooper also weighed in, saying that he values the court's guidance on striking the right balance.

"We'll continue to work creatively and energetically with communities and industry to ensure our world-class environment is protected while remaining a place that is welcoming to business and jobs," Hickenlooper said.

Editor's Note: This story has been updated to add comment from Gov. John Hickenlooper and additional context from the court's two decisions.