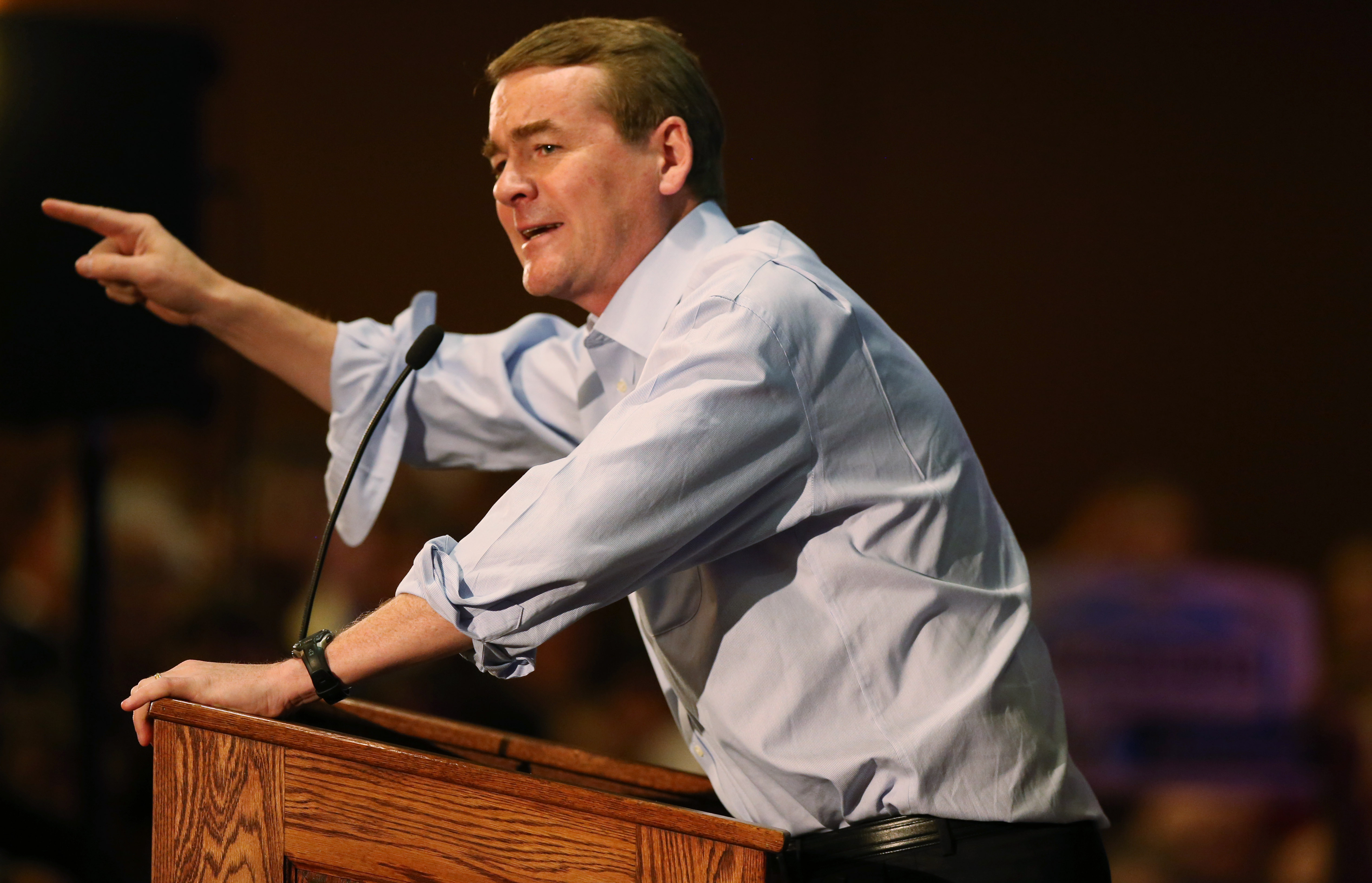 (AP Photo/File)For the Republican Party, Colorado's U.S. Senate race represents a rare opportunity because it's seen as one of the GOP's only chances in the country to pick up a Senate seat. But first,  party members here have to pick who they want to challenge incumbent Democrat Michael Bennet. And it's a crowded field.

Here's the speed dating version of the five candidates Republican voters will see on their ballots this month. First, Darryl Glenn, the El Paso County Commissioner who won top billing with a barn burner of a speech at the state assembly in April:

He's pledging to reform the tax code, cut the deficit, and drastically reduce illegal immigration... and to do it fast. “If I don't get it done folks, in the first term, I go home.”

Next up, Ryan Frazier, former Aurora City Councilman and small business owner. He talks a lot about programs to get more Coloradans into the skilled trades.

“I want to offer up policies that allow businesses to come together with the community to identify the training and education so that we can close the middle skills jobs gap,” he said.

Then there's Jack Graham, the former CSU athletic director. He pitches himself as a fiscal conservative, but socially moderate.

“I do not think the Republican party has defined itself strictly on the basis of whether you're pro life or pro choice, whether or not you oppose gay marriage or not. Those are not the gating issues in the United States of America today,” he said.

Finally, John Keyser, a former state representative and combat veteran. He hopes to make national security the focus of the election if he wins the nomination.

“For me, it's personal. You don't trust Iran, and you can't trust Michael Bennet... I'm Jon Keyser and I approve this message.”

With so many candidates, TV ads like that one are one way they're trying to stand out. But the air war isn't being fought evenly. That Keyser ad just started running on TV stations last week. Glenn and Frazier have little presence on the airwaves. So far, Graham and Blaha are the race's big spenders. They've each contributed at least a million dollars to their campaigns and a lot of that money is going to TV ads.

“It may come down to, who can use television to build their name ID the fastest,” said Jennifer Duffy of the Cook Political Report in Washington, DC. She said on a national level, none of the candidates have quite managed to break out of the pack yet. National Republicans tried to recruit a field-clearing marque candidate into the race. But it didn't happen.

“This is not a field that Republicans wanted. It's in a way, sort of an immature field, because you don't have anybody with any experience running statewide. At the same time, while they don't have the candidates they want, I don't think Republicans are going to give up on Colorado any time soon,” Duffy said.

That's because incumbent Michael Bennet is seen as possibly the most vulnerable Senate Democrat up for reelection this year. Republicans are hoping to repeat their success from 2014, when Cory Gardner ousted sitting Sen. Mark Udall. However, Bennet's chances may get a boost from the man expected to top the Republican ticket this time, Donald Trump. Many analysts expect Trump's harsh views on illegal immigration, and his incendiary comments about Hispanics, to bring out Latino voters like never before. That has Colorado's GOP Senate hopefuls walking a fine line. They all say they'll support their party's presidential nominee, but some, like Frazier, Graham, and Keyser, are keeping their distance.

Robert Blaha, though, is more enthusiastic.

“I'm all in for Donald Trump and I think Donald Trump will win on absolutely every issue,” he said at a candidate forum hosted by the Rocky Mountain Black Conservatives last Thursday.

It was one of the final  chances for the Senate hopefuls to address voters  before ballots start arriving in mailboxes this week. For some who attended, like Lynn Martin and her husband, it was a chance to finally focus on a race that's so far been overshadowed by the presidential campaign.

“It's been on the radio and that, but haven't really tuned into it, and I know the primary is coming up,” she said.

Republican insiders may not be thrilled by the Senate primary's large field. But many at the forum said they were glad to have so many choices. Pueblo resident Gordon Shearer was feeling energized after listening to the candidates.

“Normally we get lousy candidates. So it's kind of nice to have good ones for a change,” he said, and it won't be easy to chose a favorite. Fortunately for him, primary day is still three weeks off. Republican voters have a bit more time to decide which the five men vying for their party's U.S. Senate candidacy has made the best impression.